20 years ago Zoolander came into our lives. Or, rather, that it reached the screens, because it would end up landing in our lives years later, more or less randomly and after going unnoticed in its premiere on the billboard. The comedy directed, written by and starring Ben Stiller, which gave life to the astounding and superficial model Derek Zoolander, reached the status of a cult film for its combination of the most absurd humor with a vindicated reflection on superficiality, snobbery and vanity traditionally associated with the fashion industry. A sector that closed all its doors first, but that would end up feeling recognized in front of that satirical mirror when its most influential and respected voice, that of Anna Wintour, decided that this joke had its grace.

Ben Stiller, as Zoolander, ‘sneaking’ on the red carpet at the 2000 Vogue Fashion Awards. Photo: getty

To find the germ of the film, you have to go back to 1996. On the occasion of the VH1 television channel’s fashion awards, Stiller got into the shoes of a model for the first time in a short film broadcast during the ceremony. The actor, a fashionable boy in Hollywood at the beginning of the century after the successes of Something happens with Mary and Her parents, then decided to develop into a feature film the story of that mannequin in low hours – whose name is inspired by Mark Vanderloo’s – who parodied the growing media boom of the top models. But the parodies froze their smile. “I remember that people in the world of fashion didn’t want to have anything to do with us. The VH1 short does not seem to be too popular in the industry. I went to see many designers trying to get the costumes and none were interested in working with us, “he says in the US edition of Vanity Fair the film’s costume designer, David C. Robinson.

However, the perception of the industry regarding Zoolander changed when his quintessential oracle, the editor of the magazine Vogue Anna Wintour, decided to become a strong advocate for the project, act as a consultant and give as much support as possible behind the scenes. She was even the one who gave the green light to allow them to shoot the scenes that open the film at the Vogue Fashion Awards. “Anna Wintour loved the character and she was very, very helpful. I think that, for some reason, people ended up embracing the idea because it was a time when fashion was starting to become an important part of pop culture, “Stiller revealed to the same publication.

Such was the skepticism in Hollywood’s lies regarding the comedy’s commercial viability that its protagonist was forced to hire his then-partner, Christine Taylor, to play the character of Matilda, the investigative journalist. that falls surrendered before the charms of the mannequin. The first choice, Sarah Jessica Parker and Kate Hudson, had declined the invitation. In Stiller’s words, he only felt his film “was legitimate” after getting Milla Jovovich, who had successfully transited between film and fashion, join it. 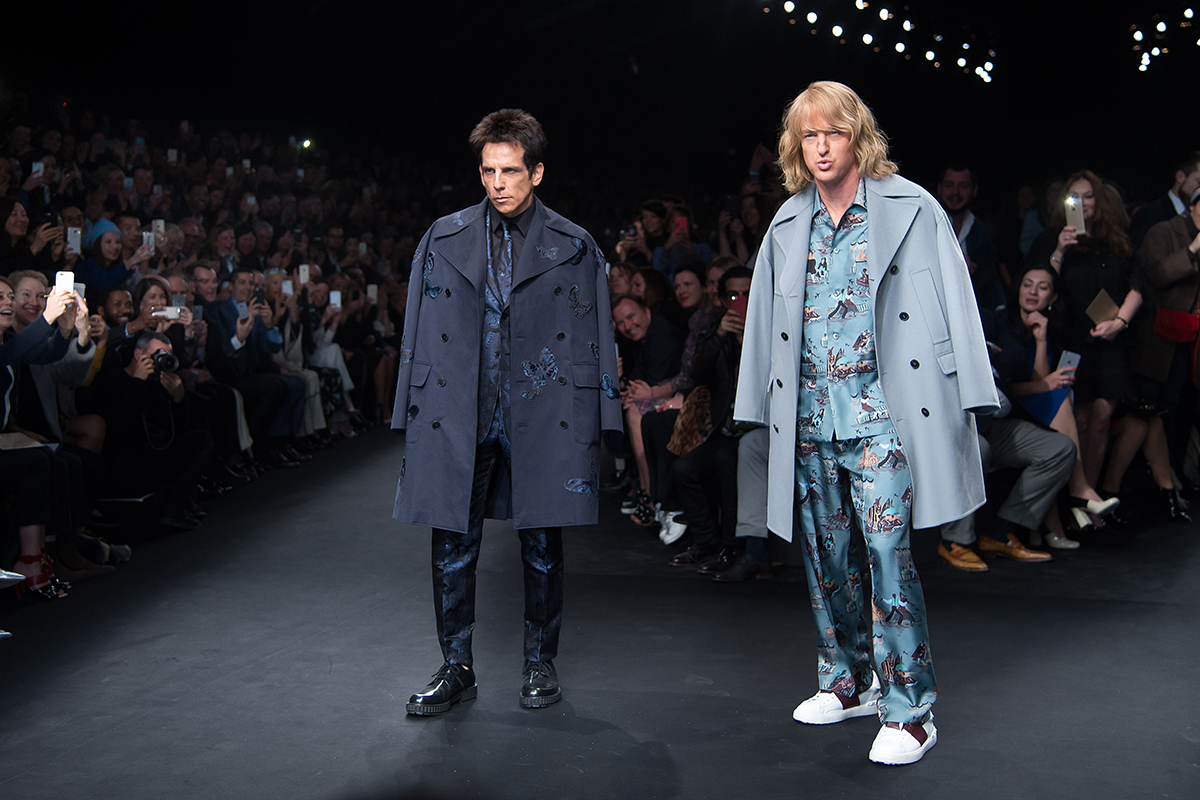 Released on September 28, 2001, the satire in turn met with the majority rejection of a public that, still immersed in the trauma of the September 11 attacks, did not have the eyes to endure poses of blue steel. “It was a very difficult time for comedy. Laughing could have been a remedy at that time, but the truth is that people were not prepared, “Christine Taylor recalled to the magazine. Esquire. Neither was the critic, who ruthlessly crushed a parody described as “ridiculous” and “absurd”. Despite the investment made in marketing and the positive tests with the public in previous passes, which anticipated almost certain success, the comedy could not reverse the socio-political climate. “Articles have been published lately asking why they hate the United States in some parts of the world. As first evidence, from Hollywood, I propose Zoolander”Wrote the legendary Roger Ebert, who would apologize years later for his comment.

After 9/11, Stiller was criticized for digitally erasing the Twin Towers from some scenes – “people who choose to see this film as escapist entertainment are not looking for another memory of the tragedy,” he argued – and the film was never released in Singapore or Malaysia. Its premiere in the Asian country was described as “inappropriate” by the censors considering that the plot is about the attempted assassination of its prime minister at the hands of Zoolander. But it was not only the political climate that influenced his performance. Writer Bret Easton Ellis threatened to sue the producers for the multiple similarities to his novel glamourama (published three years earlier), which tells the story of a group of famous models who also work as international terrorists.

His passage through the box office resulted in just 10% of the collection that other comedies – more classic – of the actor would get, such as His parents. It was over the years, its release on DVD and television reruns, that viewers gave it the previously denied opportunity and it achieved its status as an incunabula. “It is the best film that has been made about the world of fashion. I am obsessed with her. If I’m honest, I think it’s my favorite movie of all time “, wrote back in 2007 a young writer destined for stardom, named Hadley Freeman, who confirmed that there was no better plan to celebrate the end of the year than to see Zoolander.

The proof of its privileged position in pop culture is that when the production of a sequel was announced, more than thirty stars lined up to land their cameo in the film. Both figures from the world of fashion (Anna Wintour, Kate Moss, Naomi Campbell or Marc Jacobs) such as Justin Bieber, Kim Kardashian or Miley Cyrus on duty, begged their creators to at least let them appear seated in the front row. A situation diametrically opposite to the one that originated fifteen years earlier, when Stiller was met with the majority rejection of the big names in the sector. The solution? Taking a camera to the red carpets and asking actresses like Natalie Portman to say how attractive they found the fictional model. Despite the luster of his cameos, Zoolander 2 it was even more battered by critics and audiences than the original film. 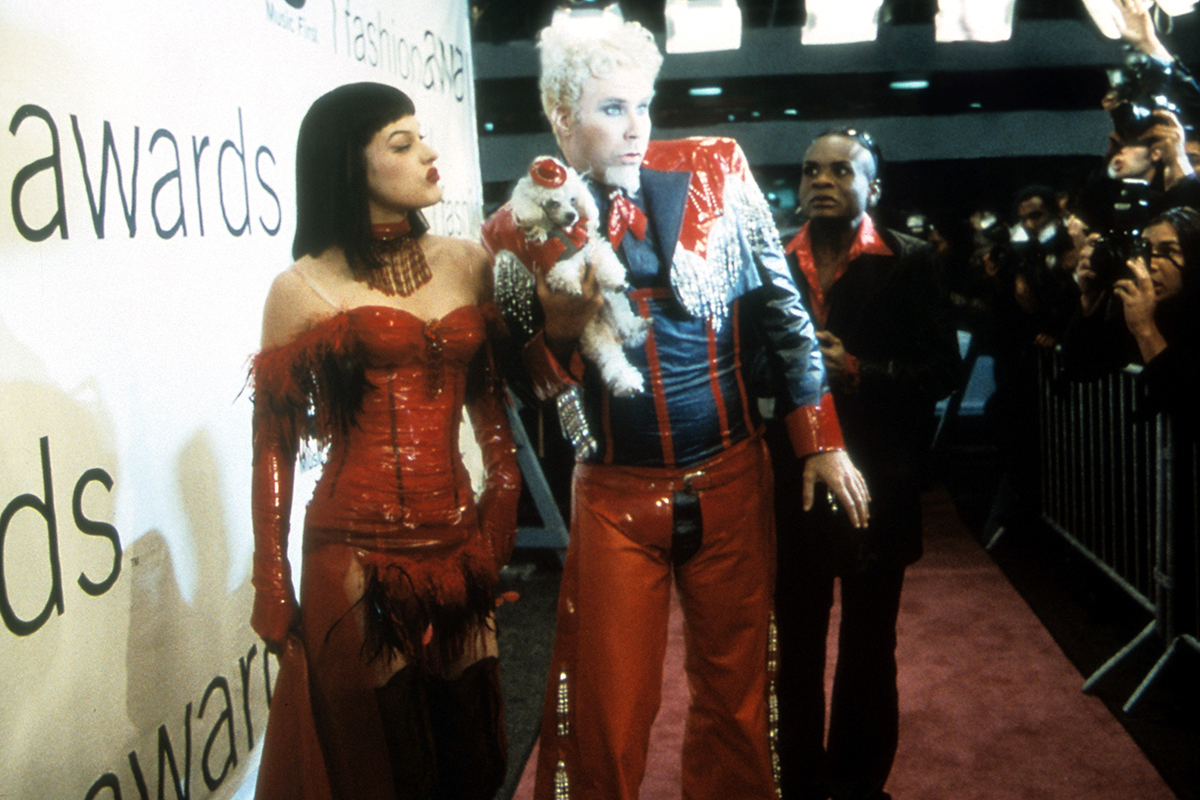 One of the few who refused to participate in the 2016 sequel was Karl Lagerfeld, teacher of the haterism chronic long before the advent of Twitter. “They wanted me to be in the movie. But I don’t want to be in the movie! ”, He confessed with his characteristic temperament to the Canadian edition of the magazine Hello there. The designer shared his displeasure with the surprise appearance of Ben Stiller and Owen Wilson – who plays the model Hansel – during the Valentino show at Paris Fashion Week 2015, taking all the headlines of the day in the press and overshadowing the presentation of her collection for Chanel. “I didn’t like it at all,” he added about the marketing operation. Perhaps the fact that, in the plot of the first film, it was suggested that Lagerfeld was one of the industry figures who conspired for Zoolander to end the life of the Prime Minister of Malaysia, thus preventing him from succeeding, also had to do with his refusal. the abolition of child labor.

For Justin Theroux, actor and screenwriter of the sequel, it is precisely the egos so hypertrophied of the world of fashion that prevented their representatives from feeling hurt by the parody. “The good thing about all this is that the people we are satirizing never think that they are the object of the joke. People would say to me, ‘Oh, that’s a great joke from so and so on’, and I kept thinking, ‘But if it’s you! ” The Telegraph.

Many Thanks To The following Website For This Valuable Content.
20 years of ‘Zoolander’, the comedy that divided the fashion world | Present