She is already a Hollywood superstar, a Bond girl and has even been nominated for a Golden Globe for her performance in Daggers in the back, a success that all the actresses who set course for Hollywood to fulfill their dream fantasize about. Apart from getting to Los Angeles on the right foot, Ana de Armas continues with the hard work and in previous weeks she already announced new projects: the Netflix movie that will star alongside Chris Evans, Ryan Gosling and Regé-Jean Page, the protagonist of The Bridgerton, and her role as an ambassador for the beauty firm Estée Lauder. And to celebrate this latest achievement, the Cuban has shared snapshots of some of the campaigns that she will star in for the cosmetic brand.

“What beauty dreams are made of ✨💄💋 Proud to announce that I am the new global ambassador for Estée Lauder”, wrote Ana de Armas, who begins her journey with the New York firm starring in the campaign of her new perfume, Beautiful Magnolia. Along with the images, the actress of Emily in Paris, Lily Collins, has responded with an emotional “🙌🙌🙌🙌 so pretty !!! 🤍🤍🤍🤍”, Freida Pinto has answered by typing an affectionate “You, goddess! ❤️” that has coincided with the “DIOSAAAAAAA 🔥❤️” of Hiba Abouk, her friend Elena Furiase is happy for Ana and leaves her a deserved “Woooooowwwwwwwww”, the Spanish model Blanca Padilla has exclaimed a “Bella!” and has also had the “like” of one of the celebrities of the moment like her, Phoebe Dynevor, protagonist of the acclaimed series Bridgeton.

From the brand they are also excited about the relationship they are starting and which they have revealed with these words: “A star on the big screen and behind her, we are delighted to announce the actress Ana de Armas as our new global ambassador! 🌟 Ana has conquered Hollywood and we are excited to capture her beauty, warmth and passion in her next campaigns! “And, from now on, the interpreter will also be the face of Estée Lauder makeup, perfumery or skincare products like Karlie Kloss, Carolyn Murphy, Grace Elizabeth or Bianca Brandolini. 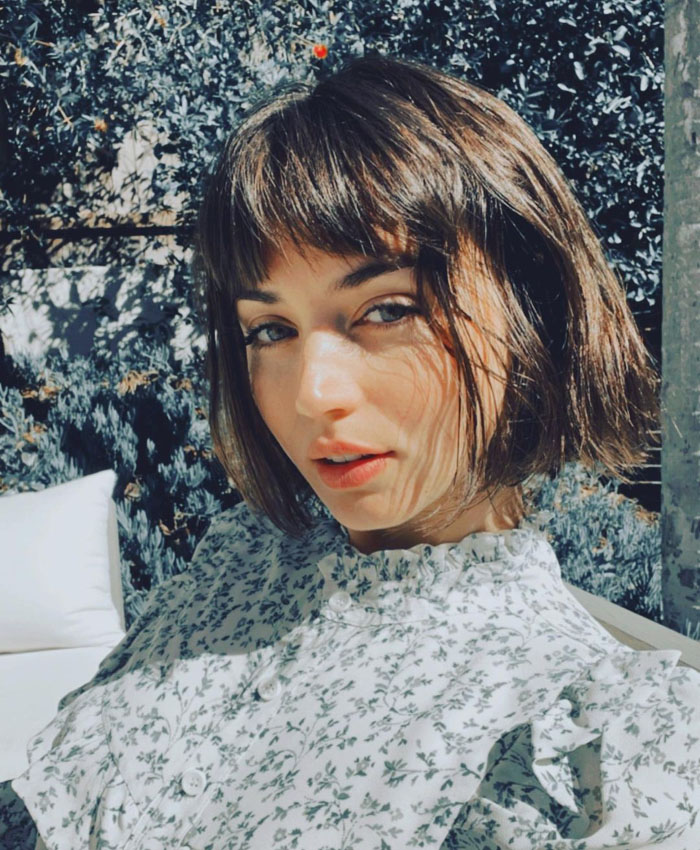 What we will have to wait is to know if she will star in any of these campaigns that are being carried out by Estée Lauder with her new haircut, in which your bangs french bang It gives a sophisticated and fresh air to the look and that experts reveal that it works just as well with straight, curly or wavy hair. As a clue about the finish that rejuvenates the most, Jero de Santos, from the Menta Beauty Place salon, assures that “your bob It would then be with a side parting and volume, both smooth and with soft waves to give a more casual touch, it is perhaps the one that rejuvenates the most. “The result is a modern and elegant image that has fallen in love with the beauty firm of luxury.

Many Thanks To The following Website For This Valuable Content.
Ana de Armas shares the spectacular images of her new project