Florence Pugh spoke about her relationship with Zach Braff, which caused controversy on social media due to the age difference between the two.

‘Black Widow’ premiered this Friday, July 9 and everyone is talking about the role of Yelena Belova, played by the British Florence Pugh, who is not only a trend for her performance in the new Marvel Studios movie, but also for the criticism against her for having a relationship with a man older than her.

Florence, 25, is a partner of the also actor Zach Braff, who is 46. Except for one or another story on her Instagram account, the actress has had to reduce the amount of images she uploads with her boyfriend, due to the attacks and insults she has been receiving by the difference of 21 years of age between them.

According to various reports, the two actors met while filming the short film. ‘In The Time It Takes to Get There’. Zach Braff was the director and scriptwriter of the project, while Florence Pugh starred in the short. This indicates that the two met around 2019 and although there is not much information on him status of the couple back then, they may have fallen in love while working together.

Shortly after the release of the film, Florence y Zach they were photographed together as they walked hand in hand through the streets of New York. 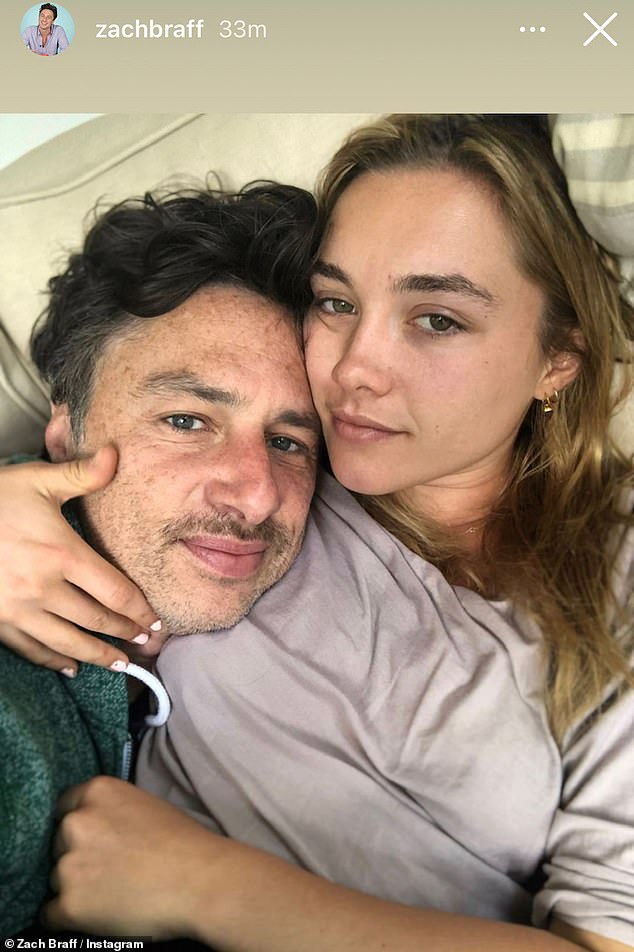 Why has Florence Pugh’s relationship caused so much controversy?

Florence is 25 years old while Zach is 46 and apparently, the 21-year difference between the actors has caused many people to criticize their love story. For the two actors there is no problem, but their relationship was highly criticized on social networks when Florence decided to post on Instagram congratulating the actor on his birthday. 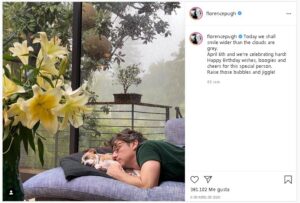 After showing this photo and message, the actress had to deactivate the comments of the photo since many people began to make negative posts attacking Zach. In response, Florence posted a video in which He defended his relationship and stated that he would not tolerate any type of bullying on his social networks.

‘I’m 24 years old. I have worked since I was 17. I don’t need to be told who I should or shouldn’t love and I would never in my life tell someone who they may or may not love. It is not your place and it really has nothing to do with you. So if those rules are something that you don’t like, then don’t follow me because the abuse you commit against him (Zach) is something that you also comment against me. ‘

In addition to defend your relationship publicly in that video of InstagramFlorence has also spoken on the subject in various publications. In an interview with the magazine She UK The actress said: ‘People have no right to educate me about my private life. I know that part of being in the spotlight is that people invade your private life and have opinions about it but it is strange that anyone can express so much hatred and opinions about a part of my life that I am not exposing. ‘ 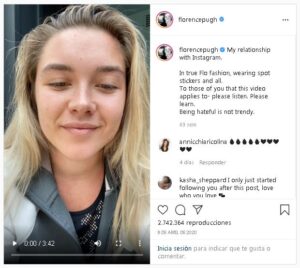 But everything seems to indicate that Florence Pugh and Zach Braff’s relationship it’s going better than ever as the pair of actors have stayed together for the past few years. What’s more, the two even adopted a dog during the pandemic and spend most of their time together in Los Angeles.

The couple have continued to make several posts of Instagram to declare your love on social media, especially when it comes to celebrating the birthday of either of the two actors.

Now, with the premiere of the movie ‘Black Widow’, Zach has also taken the opportunity to express his admiration for Florence’s work and showcased a commissioned piece of art to artist Phil Noto in which he portrays Florence Pugh like a real superhero. 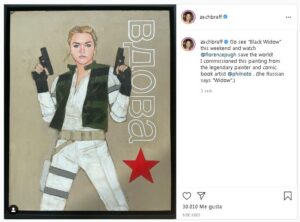 Many Thanks To The following Website For This Valuable Content.
Black Widow actress Florence Pugh responds to criticism for dating someone older