After its premiere on October 28, 2020, “Calendar love” (“Holidate” in its original language) was positioned in the top 10 of the most watched productions of Netflix in several countries. The film stars Emma Roberts, Luke Bracey, Jake Manley, Jessica Capshaw, Andrew Bachelor, Frances Fisher, Manish Dayal, and Kristin Chenoweth; a cast of well-known stars that we’ve already seen in some other great Hollywood productions.

The John Whitesell-directed romantic comedy, scripted by Tiffany Paulsen, tells the story of Sloane and Jackson, who hate the holidays because they are always questioned for not having a partner. When these two strangers meet on a disastrous Christmas they decide to make a pact: to accompany each other on all the upcoming holidays; without imagining that this decision would lead them to be the perfect companions.

“Calendar Love” is Netflix’s great movie for the 2020 Christmas season, and its cast is trained to attract viewers from all over the world. Where have we seen them before? Here more details.

WHERE THE ACTORS OF “AMOR DE CALENDARIO” HAVE PARTICIPATED BEFORE

Emma Roberts plays Sloane in the Netflix movie, a young woman who hates holidays because her family always reminds her that she is alone. The actress is best known for her starring roles in “Scream Queens” and “American Horror Story.” He has also appeared in the films “Palo Alto” and “The Blackcoat’s Daughter.”

Luke Bracey is Jackson, a charismatic tennis pro who adores Sloane but doesn’t want her to scare her off. The actress played David Mason in “The November Man” and “Utah at Point Break.” He recently appeared as Jamie Caplan on “Little Fires Everywhere.”

Kristin Chenoweth is Sloane’s aunt in the Netflix tape. We previously saw her play Olive Snook in “Pushing Daisies” and Maria Kelly in “Bewitched.” He also voiced Vanessa Gekko on “BoJack Horseman.”

Cynthy Wu is York’s fiancée. The actress played Ally Harris in “Before I Fall” and Mia Abend in “American Vandal.”

Frances Fisher is Sloane’s mother. She is best known for playing Strawberry Alice on “Unforgiven,” but many remember her for her role as Ruth Dewitt Bukater on “Titanic.” She recently appeared as Jane Crawford in “Watchmen.”

She is Sloane’s sister. Jessica Capshaw played Jamie Stringer on “The Practice” and Dr. Arizona Robbins on “Grey’s Anatomy.”

Alex Moffat is Abby’s husband. The actor is a cast member of Saturday Night Live and also voices Sandy Calabases on “F Is for Family.”

Andrew Bachelor is Neil, Jackson’s friend. The actor played John in “The Babysitter” and Greg in “To All the Boys I’ve Loved Before.”

Julien Marlon Samani is Luc, Sloane’s ex-boyfriend. The actor played Taylor in “Hollywood Girls” and Julien in “The Frenchies.”

Nicola Peltz is Felicity, Luc’s girlfriend in the Netflix movie. The actress played Bradley Martin in “Bates Motel” and Tessa Yeager in “Transformers: Age of Extinction.”

Watch the trailer for “Calendar Love”, the Netflix Christmas movie 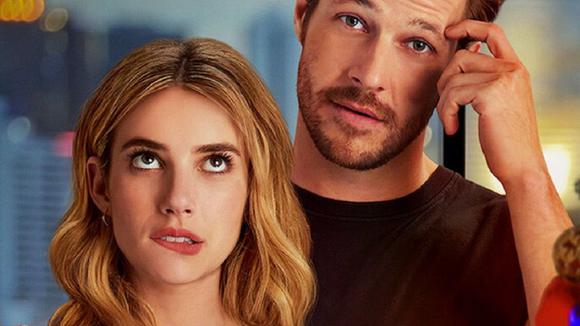 Many Thanks To The following Website For This Valuable Content.
Calendar love: where the actors of the Netflix movie have participated before | SPORTS-PLAY