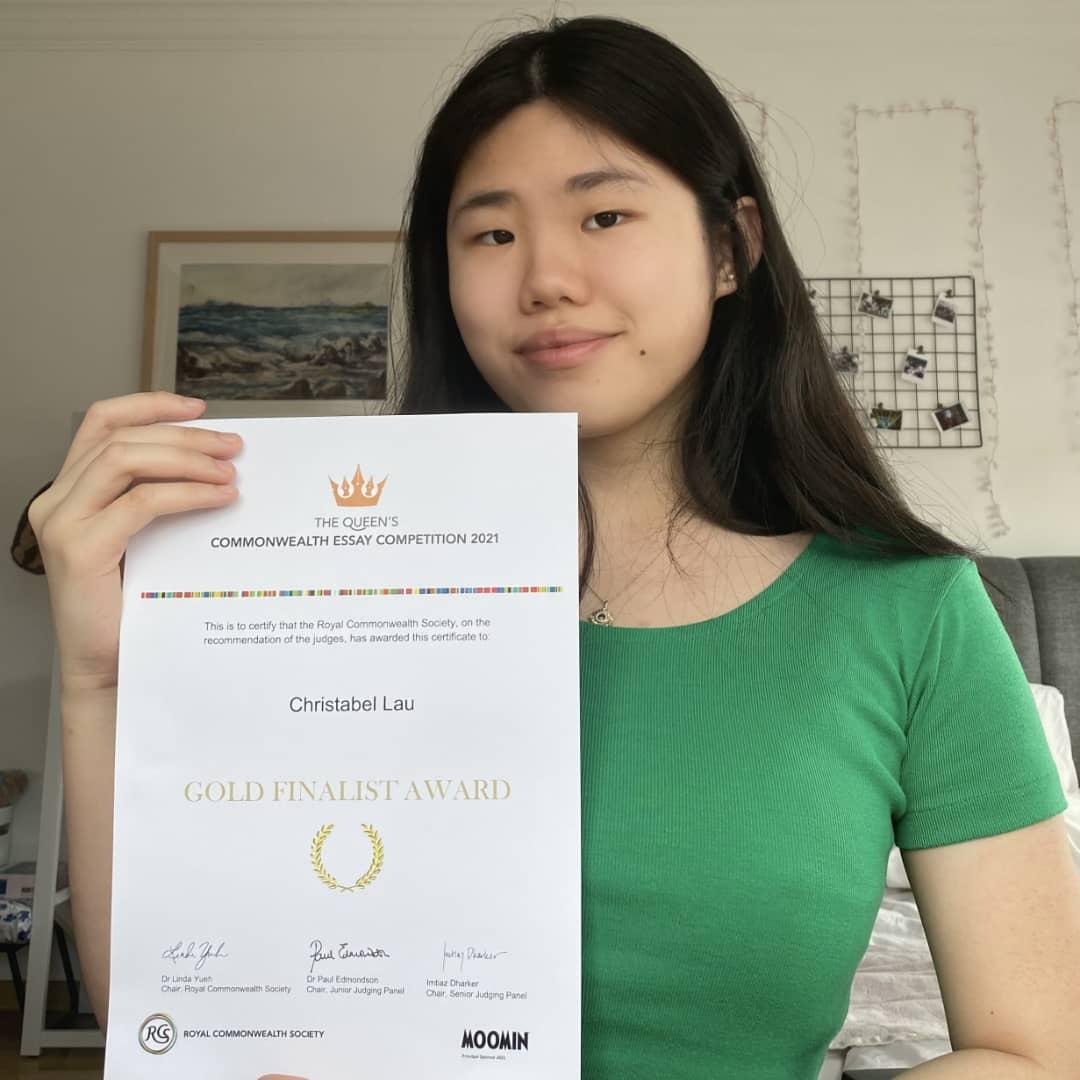 According to a press statement, the Queen’s Commonwealth Essay Competition (QCEC), which was established in 1883, is the world’s oldest international writing competition for schools.

With thousands of young people taking part each year, it is an important way to recognise achievement, elevate youth voices and develop key skills through creative writing.

This year’s competition is themed ‘Community in the Commonwealth.’

For Lau, participating in competitions like QCEC allowed her to explore the depths of her creativity and expand her knowledge on what was happening around her.

“It took about a week for me to come up with different ideas on how I’d want the story to go. The story concept had been revised thrice before I was set on the current concept.

“It was my goal to make the drafting journey as fun as possible and it took about two months before I came up with a final draft that I was proud of,” she said.

She thanked her English teacher Ann Armstrong for introducing a variety of writing competitions last year and encouraging her students to participate in them.

“I probably wouldn’t have been aware of the QCEC without her. It was also because of her that I was able to improve my writing skills so drastically,” she said and encouraged students to challenge themselves in writing competitions.

“You really do learn and gain a lot of awareness on a variety of topics such as climate change, life and so on.” 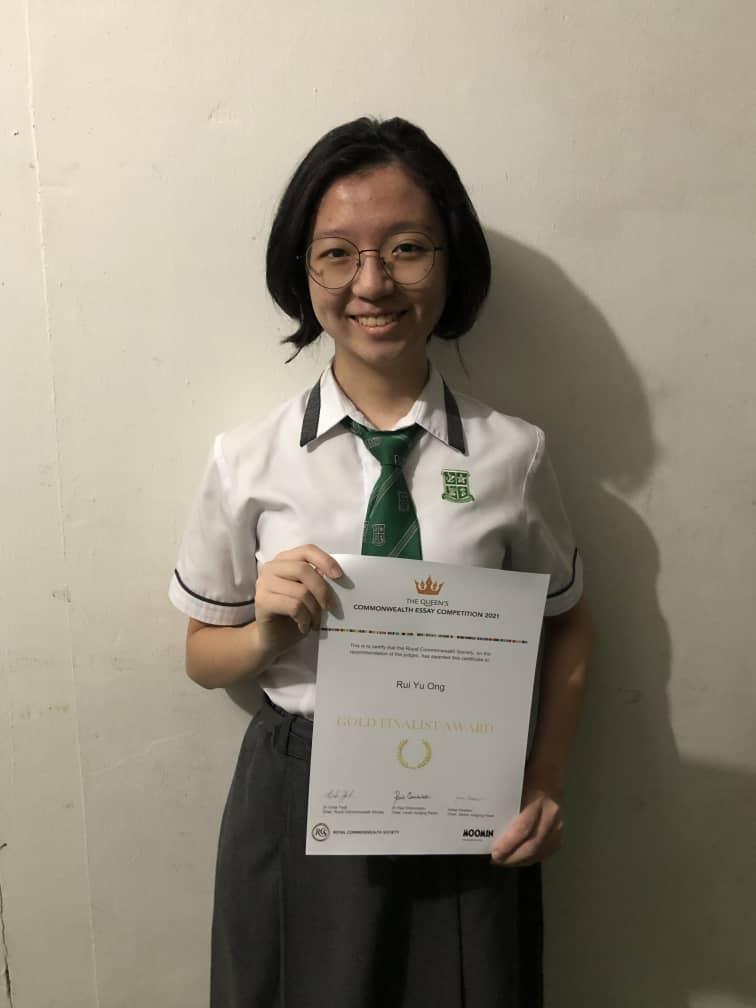 Ong meanwhile chose to write on the topic ‘Keeping Connected through the Covid-19.’

“It was a challenge to gather my thoughts and feelings about an ongoing pandemic when all I wanted to do was escape from this world. It took one month of many idea changes, drafts, and edits before this work today.

”I wanted to show people and document their experiences – both highs and lows. Major sources of inspiration were ‘Night’ by Elie Wiesel and two pieces of music – ‘Moon Song’ by Karen O and ‘I’m Forrest…Forrest Gump’ by Alan Silvestri,” she said.

When Ong heard that she was one of the gold finalists, she said the news came like a “spring breeze amidst a period of stressful studying.”

“I felt grateful that God has granted me this achievement and I was pleased that my results have improved compared to last year’s Silver.

“I hope to hone my skills even more to achieve Winner next year if God wills it,” she said.

She encouraged aspiring writers to read more to expose themselves to different ways of expressions; to know what they’re trying to convey and to be creative.

“Understand your audience. QCEC is searching for creative, profound works and it’s an avenue to spill your hearts out. Most importantly, don’t stop halfway,” she said. 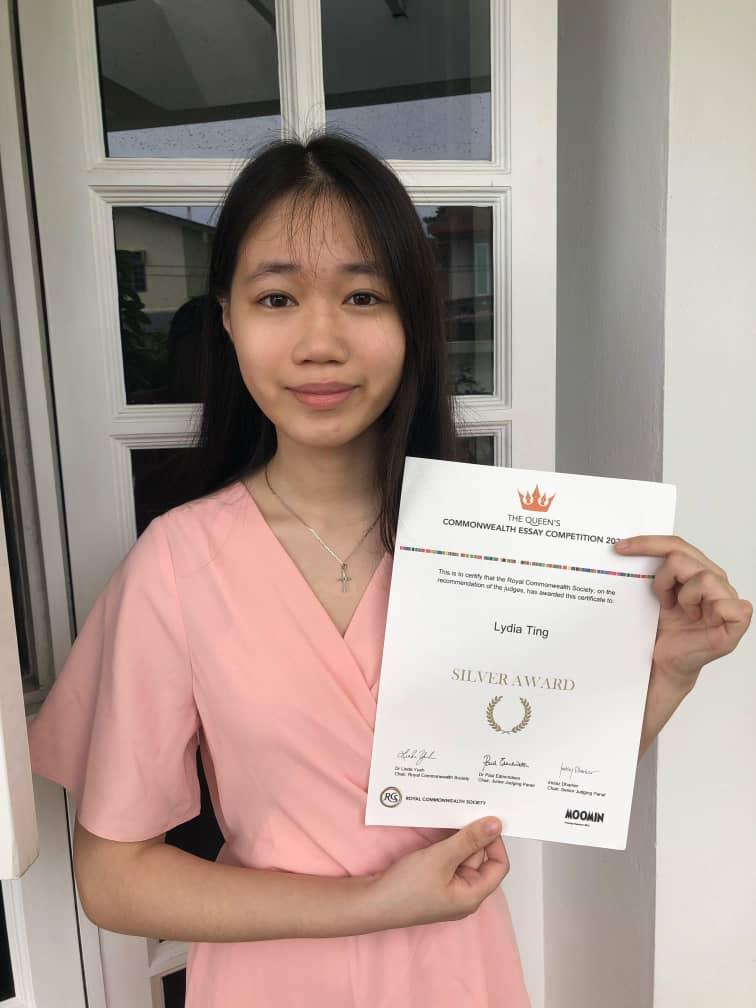 “It took me around five days to finish the essay and when news reached me that I had won Silver, I was very surprised and glad as it was really unexpected.

“I am beyond grateful and privileged to receive this award,” she said and thanked Armstrong for introducing and encouraging both her and her classmates to join this competition.

She said joining QCEC had opened her eyes and motivated her to become a better version of herself.

“I would like to encourage other students to join because you never know what you can achieve if you don’t try. Anything is possible if you set your heart on it and work hard.

“I myself am looking forward to writing again in the future,” said Ting.