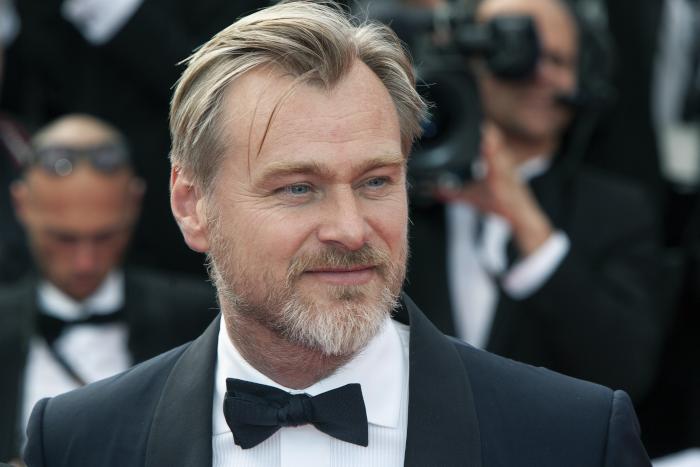 Well, that was quick and sadly, I was right: Christopher Nolan gave his final rose to Universal Pictures, who will finance and develop his biopic on Robert Oppenheimer, deadbeat daddy of the A-Bomb.

Our commenters yesterday rolled their eyes at the thought of yet another movie about a Major Male Historical Figure, by yet another male director whose whole thing is masculinity. That’s a good point, but I wouldn’t blame Nolan for that, he’s just playing in his wheelhouse and he always delivers. Another commenter made a great point about how Oppenheimer is a character too nuanced and complex for Nolan’s spectacle-oriented sensibilities. That’s also fair, but tell me, would you have expected this Michael Mann to make The Insider or But? The historical biopic is something many of these Big Name male directors need to get out of their systems, and they usually deliver. I’m only worried that Nolan might choose to go practical when recreating the Trinity test.

But one commenter had a great insight: Universal has had a stellar track record over the last decade box-office wise. They have also figured out how to hedge their bets wisely, whether by going all-in on producers like Blumhouse, making the best out of Netflix or sticking to distribution-only for either riskier bets or promising prestige projects. Also, they were the among first to try a simultaneous theatrical & VOD release during the pandemic, though that got them in hot water with AMC.It’s OK, they made up in the end. Universal has known how to adapt itself to the pandemic scenario and make a killing. But as our commenter mentioned, they lack prestige projects. The kind of stuff that gets you Oscar talk and glitzy Venice red carpets. They went too hard on stuff like adapting the Rock’Em Sock’Em game (guys, it already exists, it’s called Real Steel) or rebooting Shrek even though Zoomers already love the original. And while they do have the entirety of their Focus Features arm to care of prestige projects, they have a budget cap, they were not made to handle $100 million dollar plus pictures.

Universal has some potential winners in their future slate, either as producers or distributors, like Paul Thomas Anderson’s Licorice Pizza, the film on the Harvey Weinstein exposé, and Steven Spielberg’s and Kenneth Branagh’s own personal Rome. But having Christopher Nolan on board brings Universal back to their glorious ’90s where, well, they had Spielberg at his biggest and at his best.

I’m just gutted that Warner Bros. couldn’t woo him back. But don’t worry guys! The Latin Playlist of Schmaltzy Hits also has you covered for “getting him back even though he has a new relationship”. This one goes out to you guys:

A softer one, for phase II:

For something a little classier, to bare out your soul:

And if all fails, go out on a high note:

Many Thanks To The following Website For This Valuable Content.
Christopher Nolan Chooses Universal Pictures for His Next Project, Warner Bros. Reportedly Getting Drunk and Looking for a Rebound