When an actor manages to stay among the most successful over six decades, it must be celebrated. And if the interpreter in question turns 90, we already have two reasons. Christopher Plummer is celebrating his anniversary in one of the best moments of his career, having regained a status that was earned during the 60s and 70s thanks to films like ‘Waterloo’ or ‘The return of the pink panther’.

Born in 1929 in Toronto, he is the only Canadian who has achieved the triple crown of acting (Emmy, Oscar and Tony Award). He is also the oldest man to have won an Oscar as an actor (‘Beginners’) and to have been nominated (‘All the money in the world’). To celebrate his 90 years, we wanted to collect the best works of his long and exceptional career: 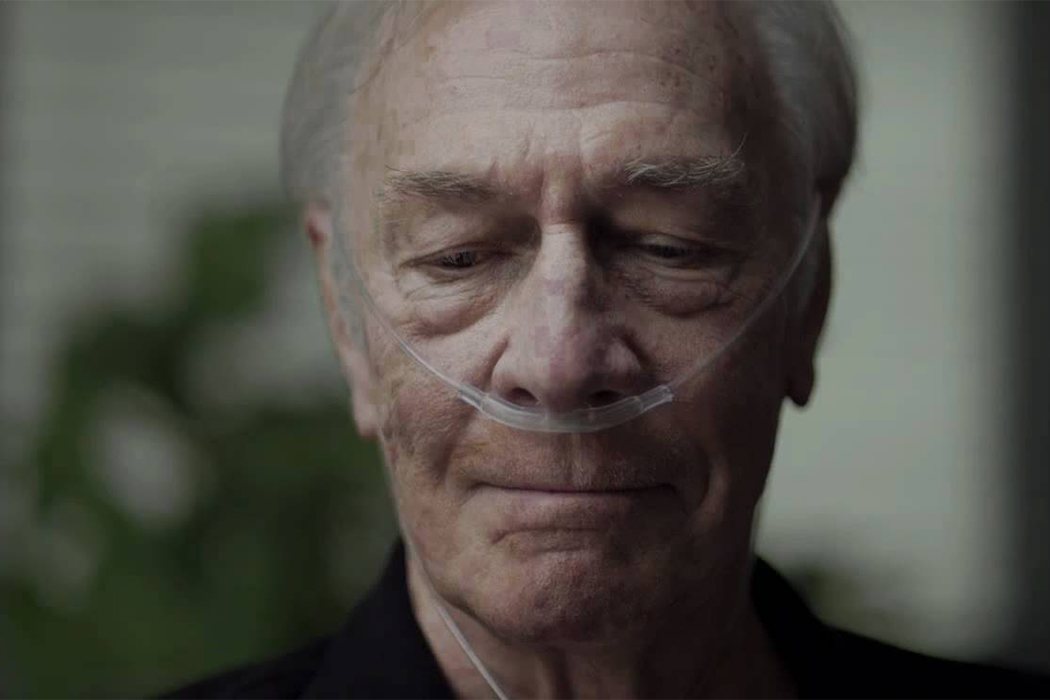 In this beautiful film full of heart, the interpreter gave life to an old widower who confesses to his son that he is homosexual. His work earned him a Golden Globe and the Academy Award for best supporting actor.

The director achieves a touch of exquisite humor backed up with the great staging that alternates with a successful structure for the film. 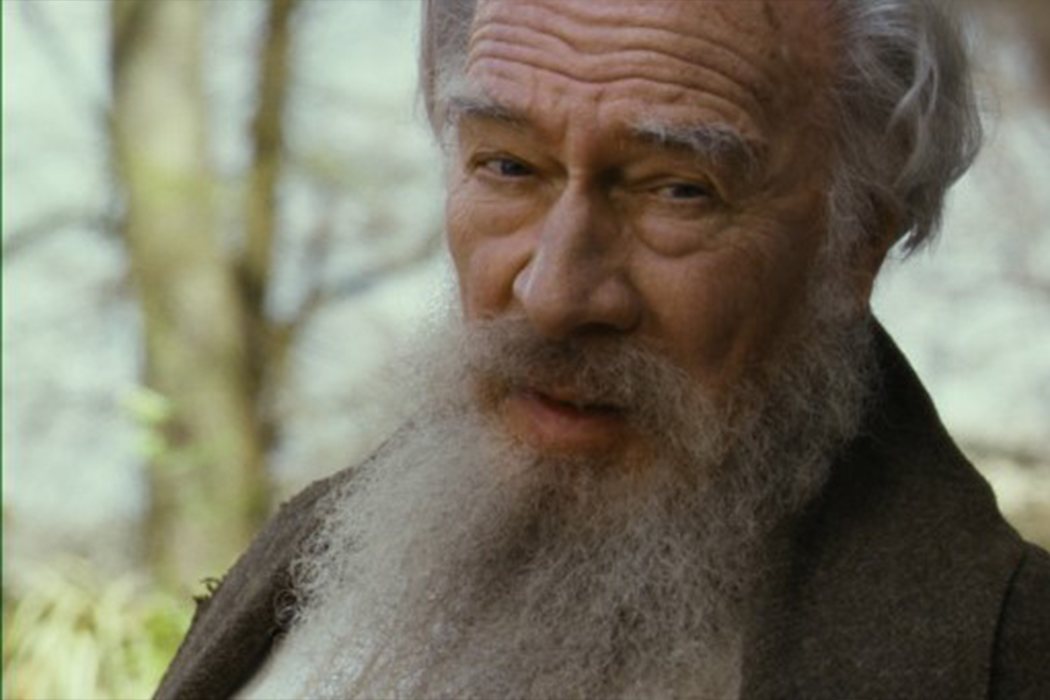 In this historical tape the life of the writer León Tolstoy, his wife Sofya and his outstanding disciple is told. Through the spiritual life of the Russian writer, Plummer shows the difficulties of reconciling fame and the commitment of an austere life.

Helen Mirren and Plummer earned an Oscar nomination in both the primary and secondary categories.

The last station in eCartelera

3 ‘All the money in the world’ 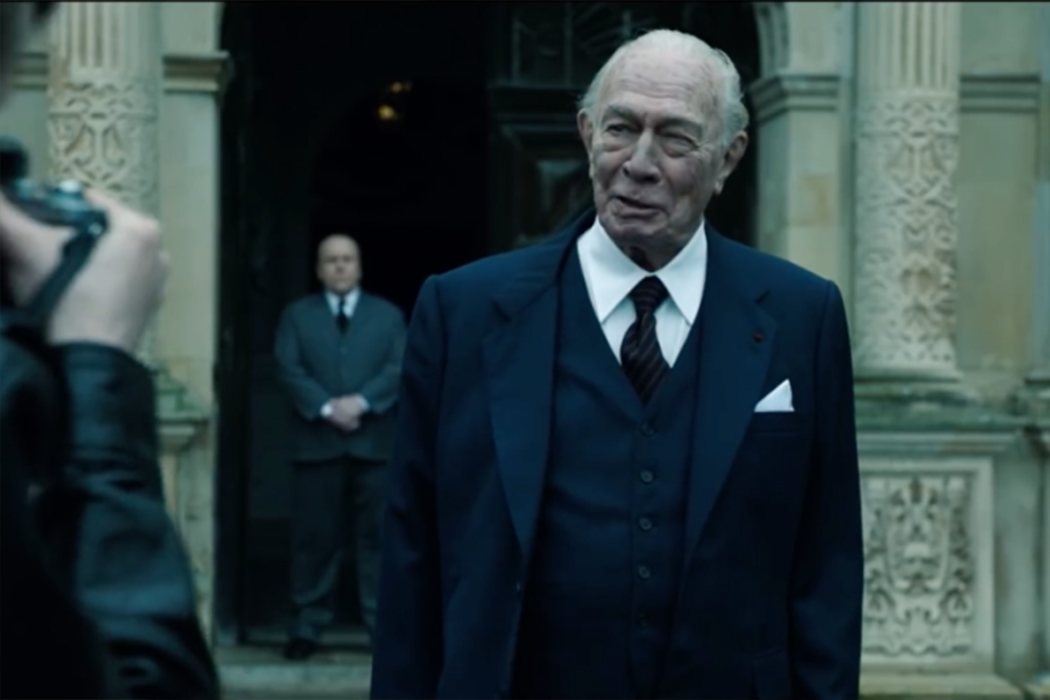 Despite all the controversy surrounding this work, Plummer’s work was so brilliant that it landed him a new Oscar nomination.

At first it was going to be Kevin Spacey responsible for giving life to the richest man in history, but the controversy over his accusations of sexual abuse caused him to be replaced in extremis. We will never see Spacey’s work, but Plummer’s is a real treat.

All the money in the world in eCartelera

Plummer was able to work on one of the most inspired tapes from the Pixar factory. In it, a widowed man decides to travel with his house like a hot air balloon to the most beautiful place in South America.

On this occasion, Plummer was able to unleash his talents by playing one of his best-known roles, the villain Charles Muntz.

5 ‘The man who could reign’ 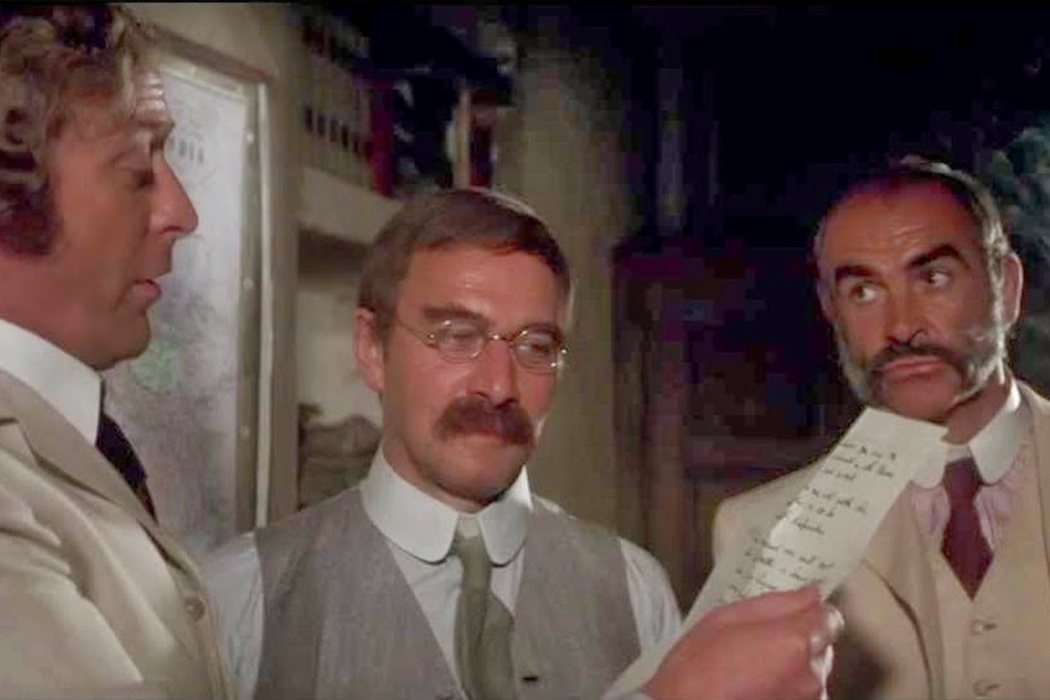 This film tells the story of two men who travel to India in 1880 and end up smuggling to survive.

Starring Sean Connery and Michael Cane, Plummer plays the English journalist Kipling and despite not heading the movie poster, the actor becomes a scene stealer every time he appears.

The man who could reign in eCartelera 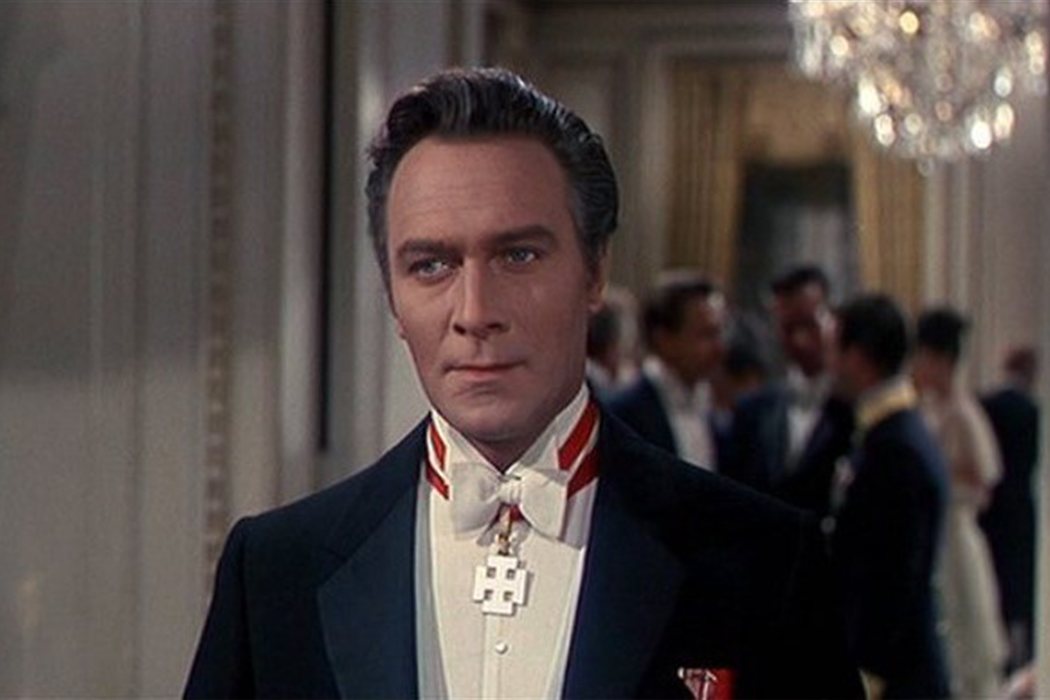 In this classic movie we could see him play Captain Von Trapp, a widower with seven children who tries to educate them with great discipline.

But the arrival of Maria turns her whole world upside down. The actor could not interpret the songs of the film and was dubbed for it, something that always bothered him. But thanks to this work he became one of the most sought-after actors of this decade after succeeding with this film classic.

Smiles and tears in eCartelera 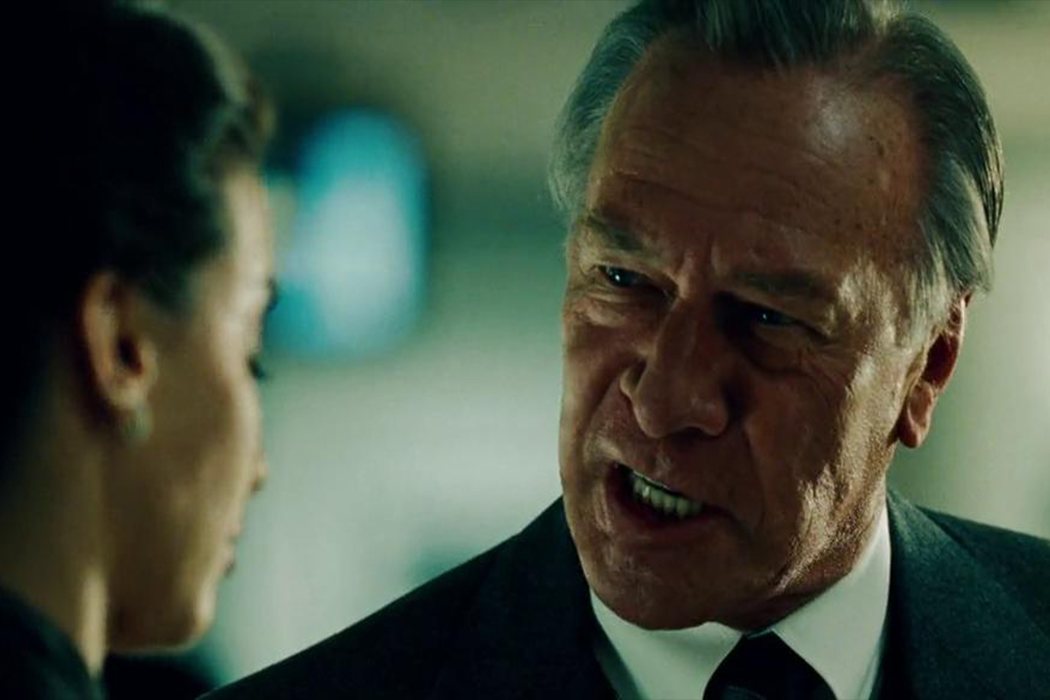 With this new film, the actor managed to regain his fame by giving life to the journalist Mike Wallace, who is involved in this plot that tries to uncover the truth behind the tobacco industry.

Although Plummer did not get the Oscar nomination, the film mecca once again had him for many projects after some years forgotten by the big studios.

The dilemma (The Insider) in eCartelera

In one of the best romantic movies of recent years, Plummer had a small role playing Alex’s father, the character played by Keanu Reeves.

In this film we were able to enjoy a love story through time and using a mailbox as a time machine. A title that catches you with its premise and that you do not want to ask truthful questions about.

The lake house in eCartelera 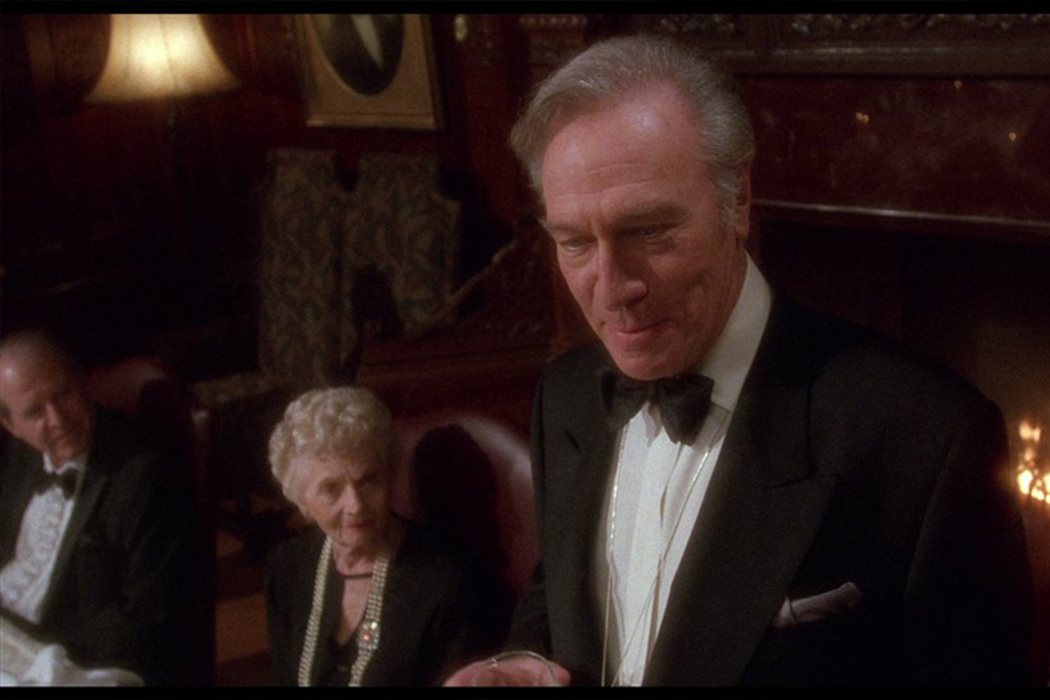 A prisoner volunteers to travel to the past and find a cure for the virus that makes the society of 2035 have to live in underground communities.

Plummer is in charge of giving life to the virologist Doctor Goines, father of the most interesting character in the whole film, the Jeffrey Goines played by Brad Pitt. 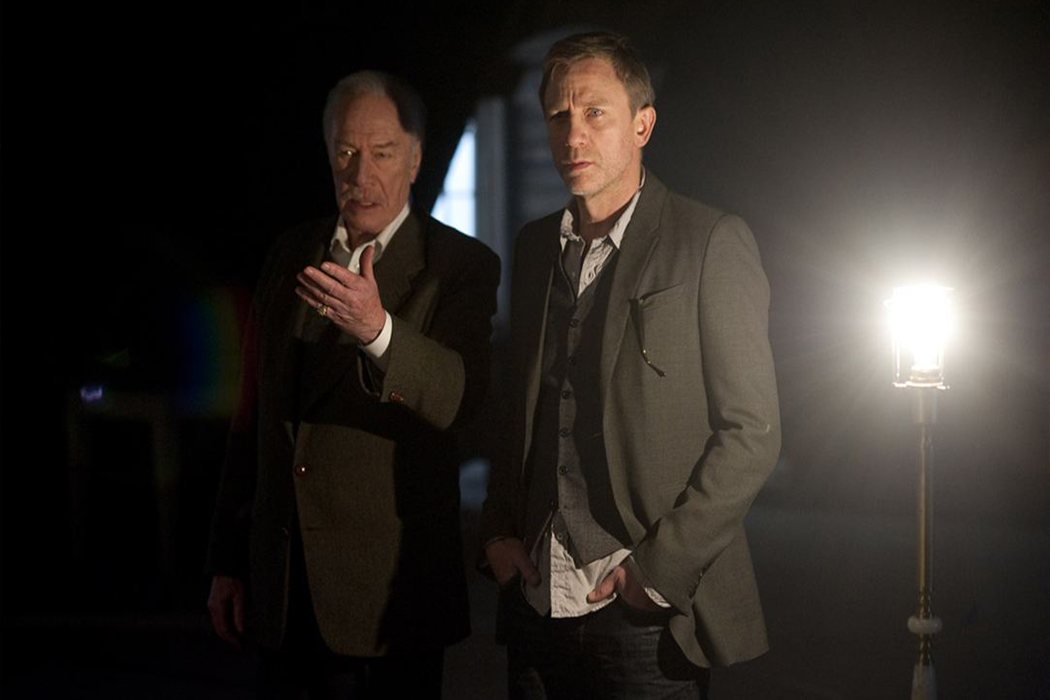 In this tape, a journalist tries to isolate himself so that he can get away from the defamation charges. To do this, he goes to a remote island in northern Sweden where the mysterious death of a young woman still haunts her uncle forty years later.

In the film, Plummer plays Henrik Vanger (the uncle of the murdered woman), an elderly and powerful businessman with strong connections to power.

Millennium: The Men Who Didn’t Love Women in eCartelera

A couple of weeks ago the actor premiered one of the best-rated films of the year, ‘Daggers from the back’. In it Daniel Craig will be recruited again to investigate a crime related to Plummer. Critics are delighted with Rian Johnson’s film and the public who have come to see it assure that it is funny and intelligent in equal parts.

In addition, Plummer premiered in our country through Calle 13 the series ‘Departure: Flight 716’, where an investigator will try to solve the conspiracies surrounding a passenger plane that disappeared in the Atlantic Ocean. On the other hand, in 2020 will come ‘The Last Full Measure’, which will deal with the life of a paramedic who saved the lives of 60 people in the Vietnam War. Along with Plummer we can see Sebastian Stan or Samuel L. Jackson.

Many Thanks To The following Website For This Valuable Content.
Christopher Plummer’s best roles, from ‘Beginners’ to ‘Smiles and tears’