Cindy Crawford, 55, shares rare picture with her father Dan as they support the American Family Children’s Hospital in Wisconsin

By Sameer Suri For Dailymail.com

Cindy Crawford shared a rare picture with her father Dan to her Instagram page on Thursday.

‘Reunited with my Dad in Madison to support The American Family Children’s Hospital,’ wrote the 55-year-old in her caption.

The duo were pictured smiling as they sat together at a comfortable-looking both with a dazzling view of the cityscape in Wisconsin.

‘Reunited’: Cindy Crawford shared a rare picture with her father Dan to her Instagram page from Wisconsin on Thursday

Children’s hospitals in Madison are a cause close to Cindy, who lost her three-year-old brother Jeff to leukemia when she herself was only 10.

He was treated at the University Of Wisconsin-Madison, so as an adult Cindy has given her charitable backing to the institution’s pediatric oncology program.

Last year she spoke to InStyle about the surreal experience of ‘going to my brother’s funeral, and then having to go back to school.’ 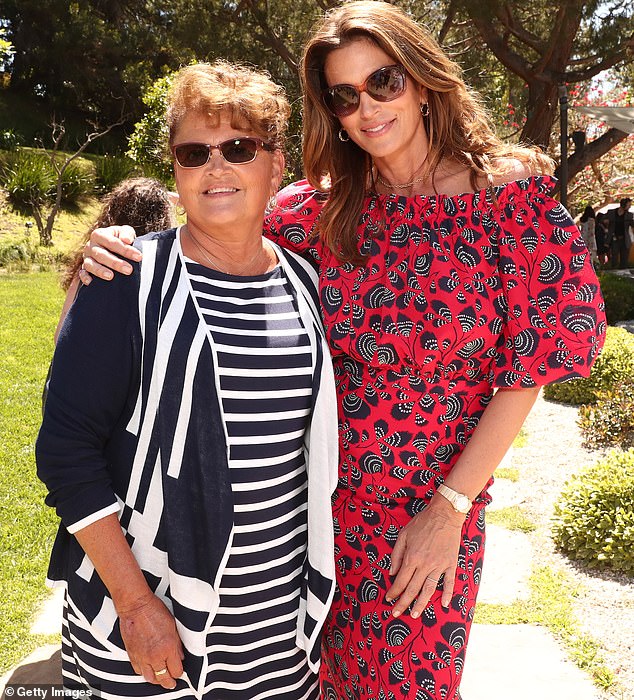 Through the years: Cindy, who was in high school when her parents split up, is pictured with her mother Jennifer Sue Crawford-Moluf in Malibu over Mother’s Day weekend 2017

She shared: ‘That’s such a weird feeling to walk back into your classroom.

‘No one knows what to say to you, even the teachers because as a society we are so uncomfortable talking about death and grief.’

Cindy has credited her father for her ‘ambition’ as ‘he did value the: “You got a A+,” “You got straight As,” “You got this.” He was the one who rewarded that.’ 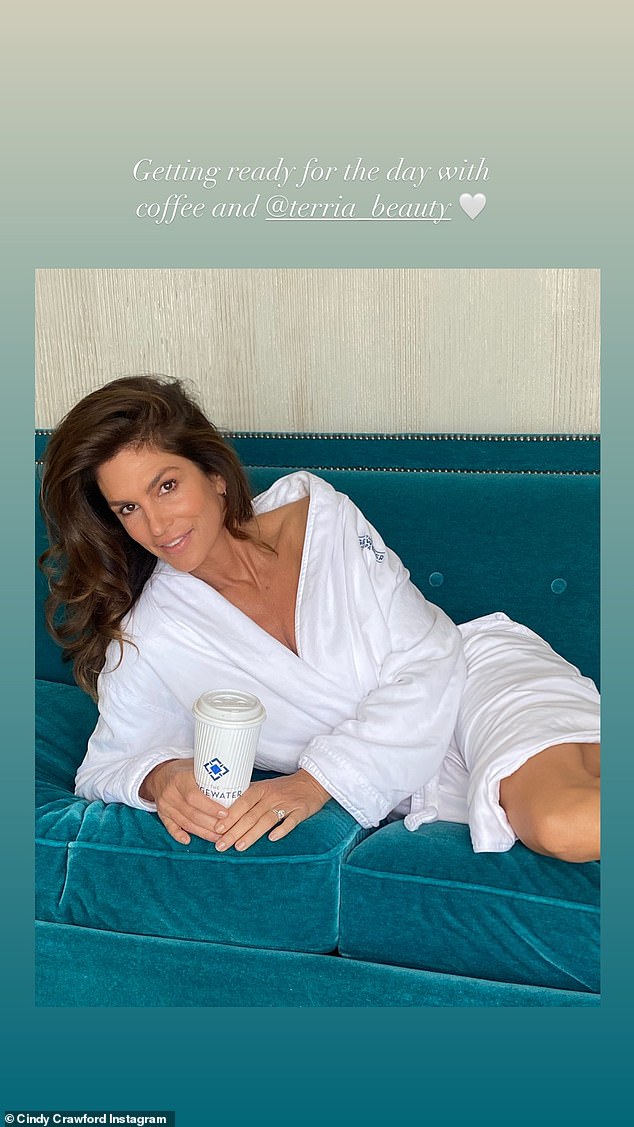 Having fun on a Friday: She also shared this image while she was in a white robe 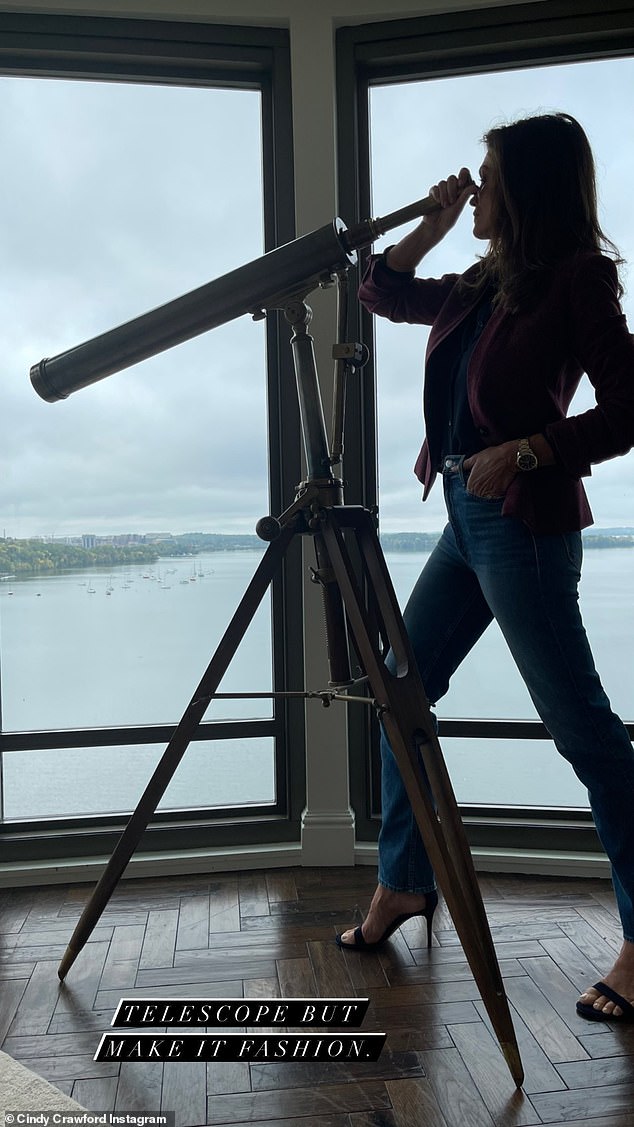 And she enjoyed checking out Wisconsin: Crawford posed by a telescope

She told TheLeapTV that ‘it actually was a really great balance because it was like my mom was like open arms no matter what, but that – you can get complacent with that too, so the fact that my dad was pushing you to be the best was also a gift.’

However she took a dim view of her father’s behavior after he and her mother Jennifer split up during Cindy’s high school years.

‘When they finally did really get divorced my father would give my mother every week – her child support – but if he was mad at her because she had gone out on a date or done something else he wouldn’t give her the money that week,’ she said.

Cindy told OWN that her father’s actions ‘sometimes meant we didn’t get grocery money or gas money,’ leaving her determined to be ‘financially independent.’ 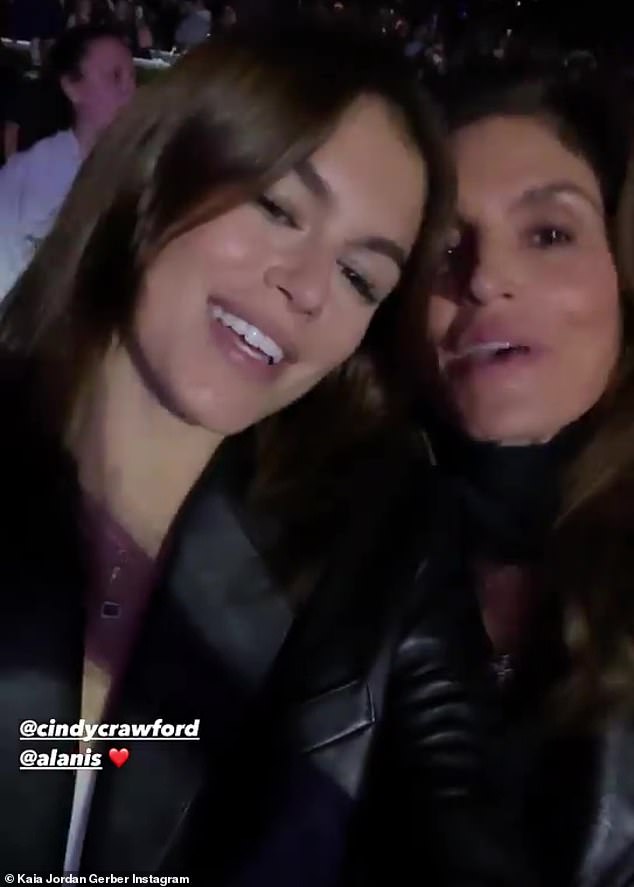 Spot the resemblance: Cindy is now a parent herself to two children including Kaia Gerber, 20, who has followed her footsteps into the modeling business

She revealed that ‘I saw that and I was like: “This will never happen to me. I will never be in that situation where I can’t take care of myself.”‘

After achieving international fame as a 1990s Supermodel she had a brief marriage to Richard Gere and then settled down with Rande Gerber.

Cindy and her businessman husband have been married since 1998 and share two children – Kaia, 20, and Presley, 22, who are also both models. 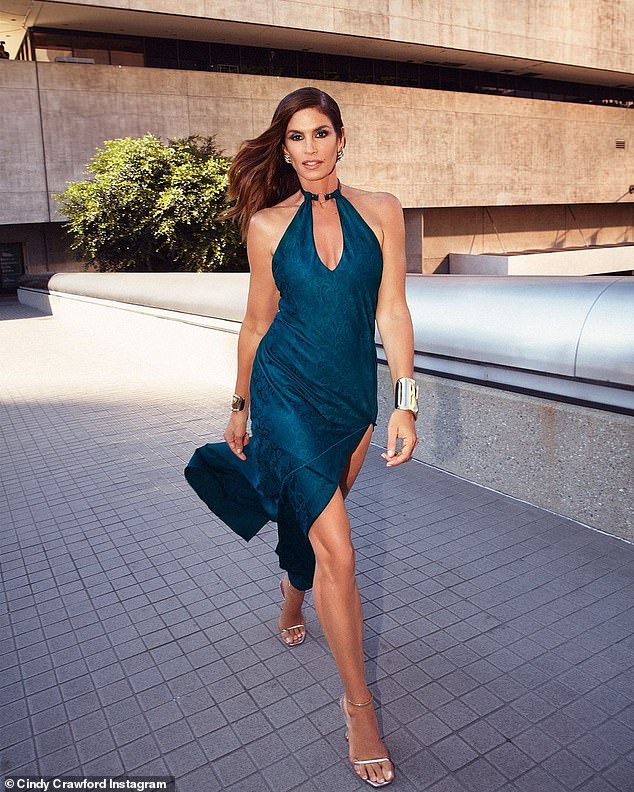 She still has a sizzling hot modeling career: The beauty at the Savage x Fenty show for Rihanna