Justin Chon’s name will not be very familiar to many, but his face was one of those we saw accompanying Kristen Stewart, Anna Kendrick and the rest of the Forks High School gang in ‘The Twilight Saga’. Despite the fact that his character was very outside the main plot and barely achieved a minimum of the impact of Stewart or Robert Pattinson, the truth is that Chon has tried to follow in his footsteps and establish himself as a prestigious name in the Hollywood industry, leaving commercial cinema aside to focus on small and powerful independent projects. Although in his case, both as an actor, screenwriter and director.

Thus, Justin Chon has gradually developed a prolific career as a filmmaker with films highly focused on the social sphere, ascending and passing through festivals such as Sundance until this 2021 has made a name for itself in renowned competitions such as Cannes with ‘Blue Bayou’, his latest and heartbreaking work focused on the issue of immigration from the United States that hits Spanish cinemas this Friday, September 10.

And his achievements are no wonder, since this film starring Chon himself along with Oscar-winning names like Alicia Vikander is one of the most cinematographically inspired proposals of the year, a production with immense strength and feeling when it comes to portraying its theme that does not leave anyone indifferent, even though it is sometimes very sentimental and emotionally manipulative.

The story of ‘Blue Bayou’ takes us to Louisiana, where a man of Korean origin and raised in the United States, Antonio, faces deportation for an error in the administrative and legislative process of its adoption. Antonio, played by Justin Chon himself, will have to face a complex legal process that will force him to confront his difficult past and the persistent racism of American society while trying to keep his family life afloat.

There is a lot of intention of denunciation in this story, but also a lot of cinematographic talent behind it. All the hardships and emotions that the protagonist goes through are captured on screen from an outstanding filmic poetics, resorting to a precious photograph shot in 16mm with a low image ratio of 1.66: 1 whose texture and color go beyond the mere technical aspect. 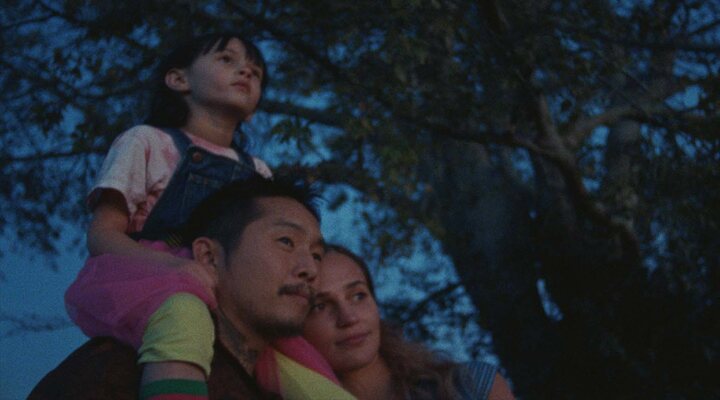 It is difficult not to feel moved to the radiant landscapes of Louisiana, to the harshness of the situations that its protagonist goes through, to feel the anger at the bureaucratic, legal and social injustices that persist in American society, translating into an experience of viewing heartbreaking. In addition, beyond the social question, we are also faced with a family drama that is pure emotion, where the vibrant performances of Justin Cho and Alicia Vikander elevate the film to a higher level. Although in this part there is also its most problematic side.

The only downside I see to ‘Blue Bayou’ is that goes overboard when it comes to addressing their more emotional side. The inclusion of complementary stories such as that of an Asian refugee with cancer distorts the story too much and leads it to the field of emotional manipulation, since their contribution to the main theme of the film is rather scarce. And above all, the family drama falls too often in the easy tear, exceeding its situations to a very excessive point that even make the story lose credibility, especially in its final stretch.

Although overall, it is the firmness of the message of ‘Blue Bayou’ in the face of social injustices that prevails, a proposal that instead of opting for an explicit discourse let the camera and its filmic language convey its intentions to the viewer. A very remarkable film that, despite its excesses, confirms the talent of its filmmaker and will not leave the viewer indifferent.

The best: The impact of its theme, its performances and its poetic game with the technical section.

Many Thanks To The following Website For This Valuable Content.
Criticism, ‘Blue Bayou’: A Heartbreaking Portrait of America’s Immigration Policies