The new Ant-man movie is here

On July 4, 2018, we have received a new episode of the heroes who have the ability to shrink: Ant-man and the wasp. After what happened in the movie of Civil War, Scott Lang he has to face his challenges as a hero and father. Which means that he must find the balance between his responsibilities as Ant-Man and their housework.

What else do we find? An urgent mission with Hope and to Doctor Hank Pym. Scott will have to put the suit back on Ant-man and learn to fight alongside the wasp. They will have to collaborate to be able to rescue her mother.

Where is this movie set in the MCU?

This second part of the adventures of the Hombre ant places us 2 years after what happened in Civil War. The captain America helped him escape from the prison of the Balsa and he returned home to be with his daughter. During these 2 years, he has been under house arrest without being able to leave his house until he receives a call from someone special. However, even though he promised to tell the FBI if he contacted Hank Pym or your daughter Hope Van Dyne, he does not and helps them in the search for the mother of Hope, lost in the quantum world. 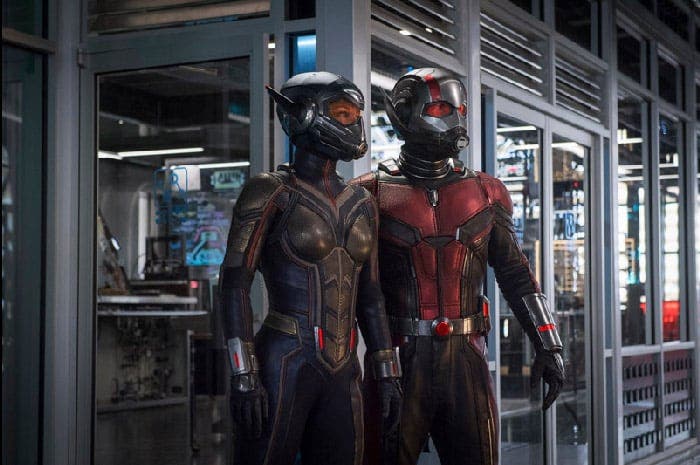 From there everything gets out of control and everything happens in the film. As always in the movies of Marvel, the characters suffer throughout it. But in the end, as always, they fix everything.

This time, the film is quite closed all the plots that arise in the first part and this second part. But of course, the movie just ends when the great event of Infinity War it ends, leaving us with a very epic ending.

New characters and their evolution

As always in the new movies of Marvel. They introduce us to new characters, new villains and the evolution of the protagonists.

One more time Paul Rudd plays the Hombre ant bringing its touches of humor to the character and the most tense situations. All this, thanks to his ability to have good chemistry with the rest of the cast.

Evangeline (the wasp) improves his role in this movie, making the character have evolved into a very strong character. Michael Douglas (Hank Pym) It is still the same as in the previous film, but little by little throughout the film it changes its way of being. The truth is that it plays a great role.

We have the newest addition of Michelle Pfeiffer to give life to the woman of Hank. Not only is she a brilliant mind and the ancient wasp, but she brings that style of her own to the character. In addition, despite having passed 30 years, she still has the perfect eye mascara. 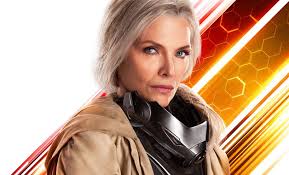 We also have the secondary ones from the movie, which make the plot quite interesting. We have at Dr. Bill Foster (Laurence Fishburne) who is an old friend of Hank Pym and in the comics he is the character of Goliath. On the other hand, the villain of the film who calls herself Ghost. His past tells us how he became what he is and how that haunts him.

The secondary ones are back: Michael Pena, (repeating the gag to tell stories with his voice over) Judy Greer y Bobby Cannavale. Return as the ex-wife of Scott and his new partner, who maintain a close and friendly relationship with him.

T.I. and David Dastmalchian They appear as the goofy employees of the security company of Scott. The adorable daughter of Scott, Cassie, interpreted by Abby Ryder Fortson. As news, Walton Goggins he’s a harmless smuggler and Randall Park star in the movie’s baddest jokes as an agent of the FBI.

Humor and action in equal parts

Peyton Reed returns to direct the second part and the script is not that it is a masterpiece either: between bad puns with “ant” (ant) and gags which consist of what Paul Rudd behaves effeminately, the plot is intentionally simple. Typical story of fugitives who have to carry out a plan while fleeing from the authorities and some criminals, seasoned with a villain who is more interesting for her motivations than for what she does with them.

But the film, although it is always enough, makes us spend 2 hours quite entertaining full of humor and good action (it has very good special effects). It leaves us wanting a third part, since they teach us a bit of the quantum world that surely Marvel does not leave in the air.

At this point, the best thing about this film has been the action sequences, choreographed with impeccable aesthetics and the ease that permeates the entire film. The worst thing has been that, sometimes, they try to put our humor with a shoehorn and it gets a little heavy. Another point to comment is that the villains are not as big or important as those in other movies Marvel.

If you want to know how all the movies of Marvel, here you have more information: https://www.eldescomunal.com/ocio/cine/ver-las-peliculas-marvel-orden-los-vengadores-infinity-war/