VALENCIA. The commander Jacques-Yves Cousteau is among the timeless icons that, like Charles
Chaplin, Alfred
Hitchcock and the lord Houlot, can be invoked with just a few strokes. The memory of his aquiline nose, the lean body and the graying head, crowned by the everlasting red woolen cap, is linked to the discovery of the bottom of the sea through his series and his documentary films by many generations.

Director Wes Anderson was among those creatures fascinated by the French scientist and his research vessel Calypso. Thus, in 2004 he visually conjugated the magic that the exploration of the underwater world wasted on his childhood eyes in a film, Life Aquatic, where Bill Murray He played a lookalike to his childhood hero and cinematographer Robert Yeoman he emulated the recordings of his informative series.

The visionary conservationist already warned about the warming of the sea and the vulnerability of the planet more than half a century ago. Won the Golden palm At Cannes, he published 50 books and his invention of the aqualung, an autonomous underwater breathing apparatus, expanded the possibilities of diving and underwater photography. But behind the friendly face of the oceans activist there was also an absent husband and father, a prospector for oil companies in the Persian Gulf exploitation and an architect of human settlements under the sea that would have required the use of excavators that devastated. the ecosystems.

A stranger to the new generations

Two decades after her death, the director Liz Garbus, responsible for the audiovisual portrait of figures plagued by chiaroscuro as Bobby Fischer, Nina Simone and Marilyn Monroe, plunges into the adventurer’s life to discover an equally complex personality.

“His profile is neither hagiography nor summary, but rather a nuanced look at his passions, achievements, weaknesses and tragedies”, praises the programmer of the documentary section of the Toronto festival, Thom Powers, where Becoming Cousteau has had its world premiere.

To trace a meticulous journey through her personal life and professional achievements, the filmmaker has dived in 550 hours of archive material and 100 of audio diaries of the pilot converted into a diver, as well as interviews and observations of her collaborators and members of the crew.

“It can be difficult for young people today to imagine how revolutionary it was to see, every week during the 1970s, all the underwater creatures that Cousteau filmed. Today’s generation has grown up with nature television documentary series that highlight the wonders of the ocean and take for granted that these shows have always been there, but it took a great mind, tremendous courage, and a pioneering spirit, and today we are surrounded of images and technology that exist thanks to him. At the end of the day, the future of our species and the survival of large areas of biodiversity on the planet will depend on innovation in the wake of Cousteau ”, assesses the director, nominated twice for the Oscar and winner of a Emmy.

The naval officer was also decorated in the film industry. Your movie The world of silence, co-directed with Louis Malle, won him the highest recognition at Cannes in 1956 and the Oscar for best documentary.

The author of Elevator to the scaffold (1958), Atlantic City (1980) and Bye guys (1987) praises Cousteau during the film: “He was an inventor, a sailor and a scientist, but above all, a filmmaker. I know many directors who would like to have his vision ”.

The screening at the Côte d’Azur festival was attended by Picasso. That night gave him a piece of black coral that the painter’s widow claimed, Jacqueline roque, caressed, until the last moment, on the deathbed.

The John Ford of the ocean 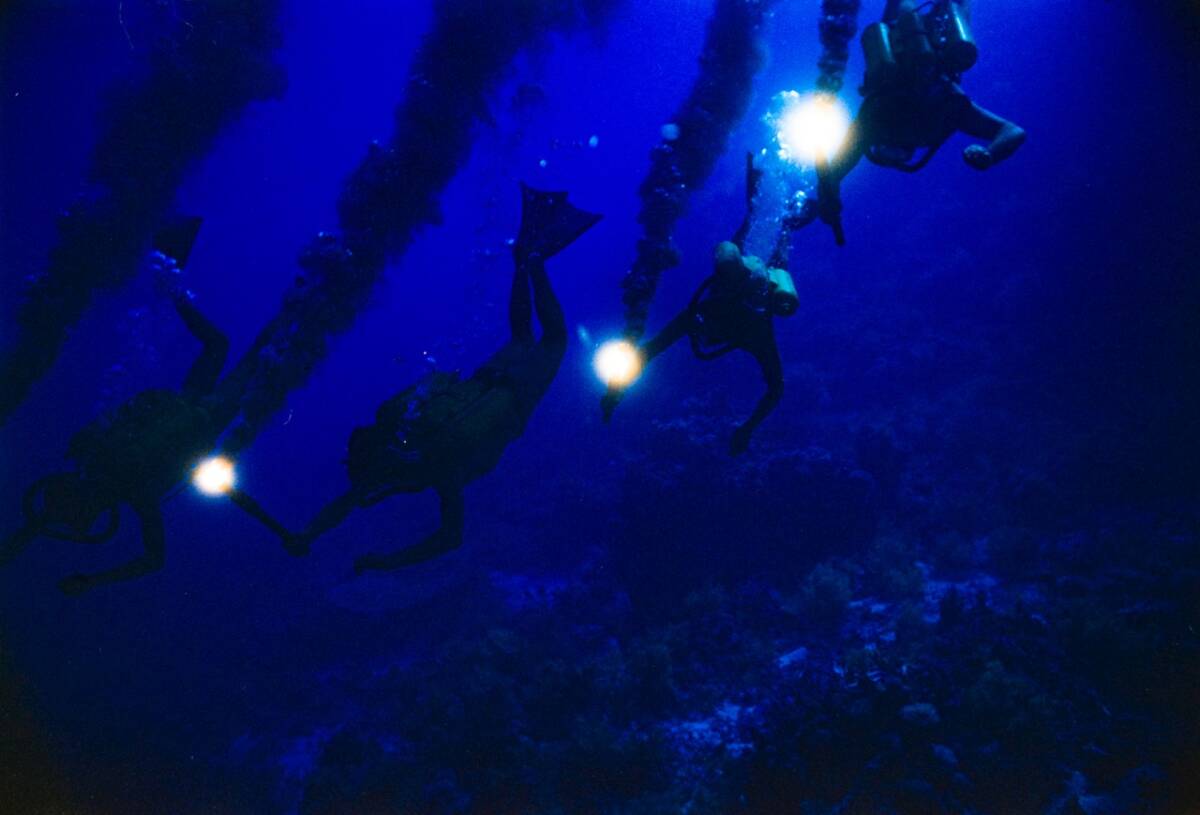 At the time, Cousteau and his team were unaware of the damage they did by dynamiting the sea to bring fish to the surface for better shots. They also didn’t make much of animal suffering in a sequence where a baby shark is caught and beaten to death and for which the scientist would later apologize.

With time and observation, he acquired an ecological conscience that made him review his past. “I feel responsible, guilty, we are signing blank checks against the future of our children,” the documentary produced by National Geographic.

The French military man dreamed of being the John Ford or the John Huston from the ocean. Two unforgettable series emerged from that aspiration, undersea world and Odyssey, and a vital purpose.

“My films are not only about fish, but about the fate of humanity,” claimed the activist, who in 1974 forged his own NGO, the Cousteau Society, whose activity has been fundamental for the establishment of protected areas for endangered species.

Already in his eighties, he continued his environmental battle. In 1991, he led to a landmark agreement between the United States and 26 other nations to ban mineral extraction in Antarctica for 50 years. A year later, the first United Nations Conference on Environment and Development, also known as Earth Summit. 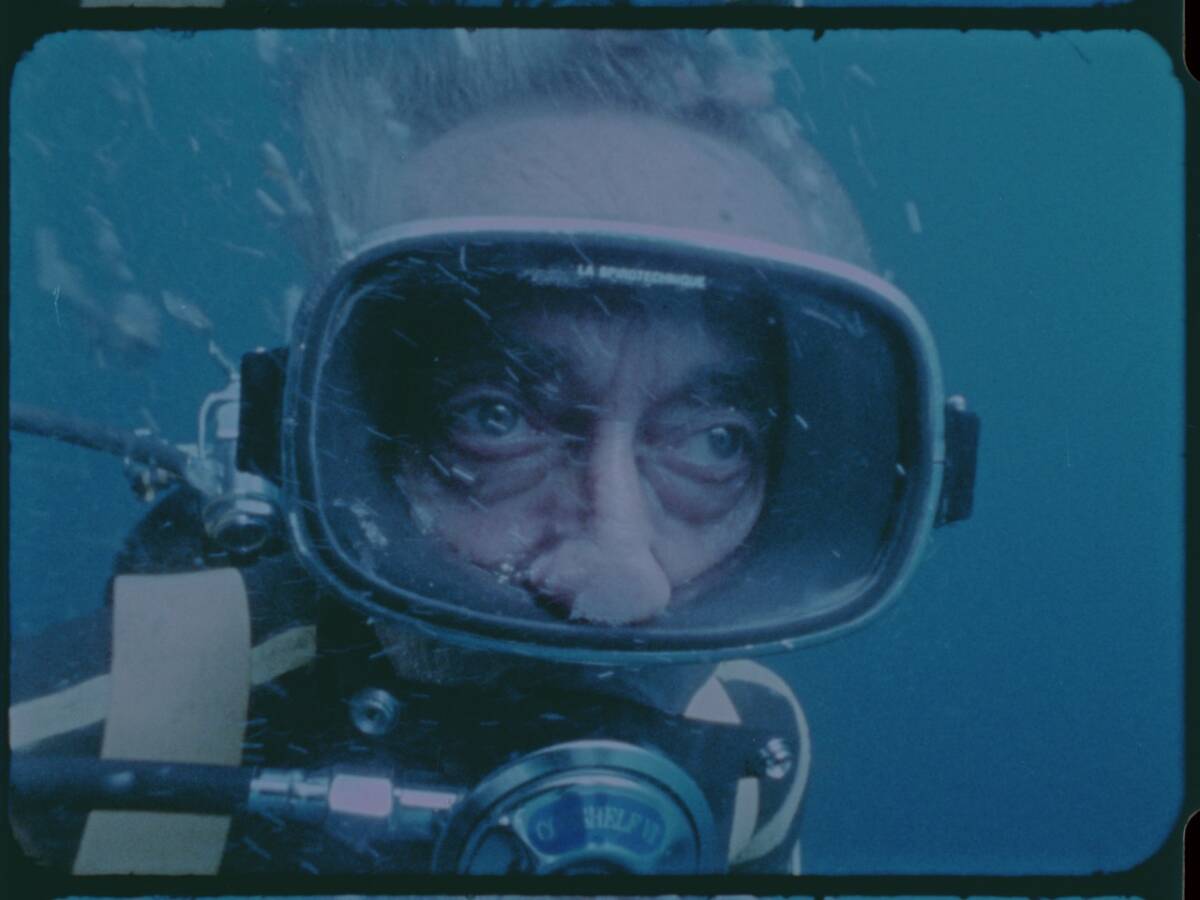 The documentary also reveals the long time it took for Cousteau to acknowledge the trauma and pain he caused among his loved ones. “I am a bad husband, a bad father and negligent with my friends. But there is no bad intention, “he recognizes in the actor’s voice. Vincent Cassel, who doubles him in reading his diaries.

His first wife, Simone, dedicated her life to supporting him on his missions aboard the Calypso. Their two shared children, Philippe and Jean-Michel, spent their formative years between boarding school and the ship. In the final stretch of his life, he maintained a parallel relationship with another woman, Francine, with whom he had two other children, Diane and Pierre-Yves, and whom he married, to the amazement of his surroundings, only a year after his death by Simone’s cancer.

“In a way, Cousteau was an accidental environmentalist. He took money from oil companies and mapped underwater drilling locations, he and his team killed some of the creatures they encountered and pushed the safety limits for his team in an effort to go deeper, farther, longer. . He had a complex family life, which left a trail of problems for many who loved him. But I feel like telling the stories of our heroes from honest exploration does them, and us, a greater service. If you have flaws, as we all have, and you can change, adapt, become better, there will always be hope for the rest of us and for our planet, “Garbus considers.

Many Thanks To The following Website For This Valuable Content.
Diving in the chiaroscuro in the life of Captain Cousteau