Armie Hammer was convinced that 2021 was going to be a great year for him, but he sure would have preferred that 2020 never come to an end. A strange cannibal controversy soon emerged that the actor himself called “bullshit“, but already then he abandoned ‘Shotgun Wedding’ and since then he has not stopped losing projects, to the point that he is currently out of work.

Everything began to precipitate at the end of January, when his departure from the series about how ‘The Godfather’ was made, prepared by Paramount +, was announced, and just a few days the representation agency WME announced that it was leaving to work with him, the same thing he did. your personal publicist. Hammer’s career was adrift, but he still had several projects to hold on to, hoping that everything would improve.

The bad news continued in February, as it was then that Starz confirmed that he was giving the green light to the anthology series. ‘Gaslit’ in which actors of the stature of Julia Roberts and Sean Penn. However, it was also known then that Hammer was no longer part of it, but there was always the excuse that he was not the only one, since it was also known then that Joel Edgerton he got off the boat, and even the possibility that his departure would be finalized before the arrival of the fateful 2021 for him.

The final lace came this March, especially when he was accused of rape by a woman who says she had a relationship with Hammer between 2016 and 2020 in which “he abused me mentally, emotionally and sexually“. If the actor was already trading down in Hollywood, this It was the last nail in his professional coffin.

A few days later it was announced that the actor was fired from ‘The Billion Dollar Spy’, the last project on his agenda in which he was going to star in the adaptation of a striking true story. In this way, Hammer is officially unemployed, since the closest thing he has to a project is the rumored sequel to ‘Call Me By Your Name’ that never officially received the green light. 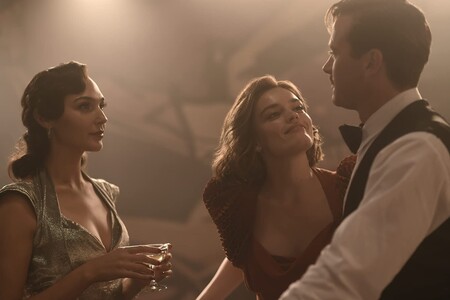 This does not mean that we will not see a movie with Hammer soon, in part because of the multiple delays suffered by ‘Death on the Nile’ – to the point that it is not impossible to think that Disney has considered the option of doing the same as Ridley Scott did with Kevin Spacey in ‘All the money in the world’-, but he is also one of the protagonists of’ Next Goal Wins’, the new sports comedy of Taika Waititi whose filming ended … in January 2020.

Apparently, his role in the second is quite small, so maybe the problem is not so big, but things get more complicated with the sequel to ‘Murder on the Orient Express’, since Hammer is one of the main protagonists . For now, its arrival in theaters is scheduled for February 11, 2022, which gives Disney room for maneuver. Nor should it surprise us if they end up launching it directly on Hulu or Disney +, which is that there are already so many postponements that it seems that Disney does not know very well what to do with it …

Now the question remains as to how the police investigation into those rape allegations that Hammer denies is resolved, but the future does not look exactly good for the protagonist of titles like ‘Operation UNCLE’ or the recent remake of ‘Rebeca’.

Many Thanks To The following Website For This Valuable Content.
Fired from his latest project after being accused of rape and with the future of ‘Death on the Nile’ in the air