The machinery has started. The 54th edition of the International Fantastic Film Festival of Catalonia has kicked off with the presentation of your poster and some first titles really juicy that will await us from October 7 to 17.

With the werewolf as the epicenter of editing, in a card that breaks with the usual festival proposals, a Sitges has been presented that is eagerly awaited after a 2020 edition marked by the pandemic. Established directorial titles such as Sion Sono and Ben Wheatley, as well as the noisy debuts of Prano Bailey-Bond or Carlson Young, will be seen among the first confirmations in theaters in the horror-buffs’ favorite town. In addition, it will have the exclusive premiere of the new batch of ‘Stories to not sleep’.

The long-awaited collaboration between Japanese director Sion Sono and universal star Nicolas Cage, ‘Prisoners of the Ghostland‘, will be present in the best possible setting. The film tells the story of a bank robber who has five days to search for a missing woman (Sofia Boutella) before her suit is blown up.

Another of our irregular but always interesting favorites, Ben Wheatley, presents the hallucinatory ‘In the Earth’, a horror thriller set in a world that seeks a cure for a lethal virus through a series of experiments carried out in the forest. A truly fascinating journey of light and color. You can also see ‘Son’, by the Irishman Ivan Kavanagh, a horror drama about a mother who must protect your child from evil forces. The noir Cantonese ‘Limbo’ by Soi Cheang, a crime drama with a serial killer in the background, also confirms its presence.

From Japan will arrive one of those that will end up conquering the public: the science fiction comedy ‘Beyond the Infinite Two Minutes‘, directed by Junta Yamaguchi, where a cafe owner discovers that his television shows images of the future. Specifically since two minutes in the future. The film, which we will talk about soon, was one of the sensations of the last BIFFF and a clear candidate to inherit the position of ‘One Cut of the Dead’ in the heart of the public. 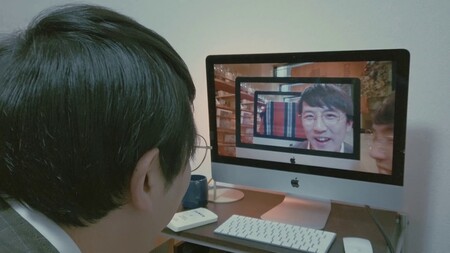 ‘Llanto maldito’, by Colombian Andrés Beltrán, selected to represent Sitges in the Blood Window Showcase of the Marché du Film de Cannes 2021, is a horror story about a marriage in crisis experiencing paranormal experiences.

‘A Glitch in the Matrix‘by Rodney Ascher, is a scientific and metaphysical documentary that asks if we really live inside a simulation. Another of the highlights presented today corresponds to the Seven Chances section, programmed in collaboration with ACCEC (Catalan Association of Film Critics and Writing), which confirms that the excellent ‘The Amusement Park’. George A. Romero’s Lost Movie it will also be seen at the Festival.

Within the Sitges 2021 program there will be no lack of gender run by women. ‘Censor’ by Prano Bailey-Bond is one of the most anticipated. Starring Niamh Algar, and developed in the middle of the video nasties era, promises a descent into hell in the form of an infectious multi-format horror thriller. Carlson Young’s’ The Blazing World ‘or Amelia Moses” Bloodthirsty ‘aim just as high. 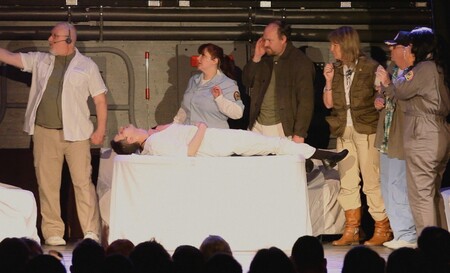 The very tender documentary ‘Alien On Stage‘, which I will also be able to tell you about soon as it also wore palm hearts at the BIFFF, tells the story of a group of bus drivers and amateur theater actors from Dorset (United Kingdom) who achieved bring to the tables an adaptation from Ridley Scott’s masterpiece.

Fifty years after its premiere, ‘Stories to not sleep‘will arrive in Sitges exclusively with the new works by Rodrigo Cortés, Rodrigo Sorogoyen, Paco Plaza and Paula Ortiz, which recover the format that revolutionized the audiovisual scene of the 60s. 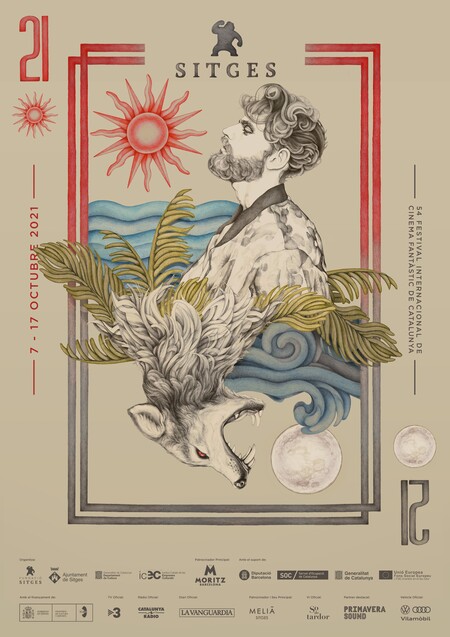 Many Thanks To The following Website For This Valuable Content.
George A. Romero’s lost film, Sion Sono with Nicolas Cage or the return of ‘Stories to not sleep’