They have already walked their love around the world, but their fans still want more. The reunion of Ben Affleck y Jennifer Lopez continues to arouse passions, this time in Venice, where the couple is on the occasion of the presentation of the actor’s new film, the historical drama The Last Duel where he plays Count Pierre d’Alençon. Directed by Ridley Scott, he shares scenes with his great friend, Matt Damon, and other most sought-after stars of the moment such as Jodie Comer and Adam Driver. For her part, although the singer, actress and producer has five projects pending release, in the Italian city she is like support and companion of your boy. In the morning, she discreetly entered the Palazzo del Casino, where the photocall was taking place, alone and discreetly, but without being able to avoid capturing all eyes. They later hung out together and hand in hand, as if no time had passed since they were engaged 17 years ago, like a truly power couple of the new decade. At night it was time to first, and the first to get out of the car was the star of the evening. However, he was not alone … to the illusion of those present, after posing alone for a few seconds, he opened the door of the vehicle to let the interpreter of On the floor, wearing a spectacular white dress with a neckline that takes your breath away.


CLICK HERE OR ON THE IMAGE TO SEE THE PHOTO GALLERY

The scenes then have been like a movie. Ben moved away to let his girl pose, to the commotion formed when he saw her get out of the car, but Jennifer quickly stood next to him again, without hiding the love between them. And as they already did in a photo they shared with their followers, they have not been afraid of posing merging into a romantic kiss. Once inside, when they believed that nobody saw them they hugged, kissed and whispered things in their ears, visibly in love and happy, while the clicks of the cameras captured those who were still posing in the photocall.

A power couple They are literally a powerful couple, and it seems undeniable that Jennifer and Ben (or as some already know them, Bennifer) are. Few characters have more influence in Hollywood and in the world, he as an actor and producer, with two Oscars in his possession (for Good Will Hunting and Argo); and she with one of the most versatile careers of the moment: she sings, dances, acts, produces, designs … 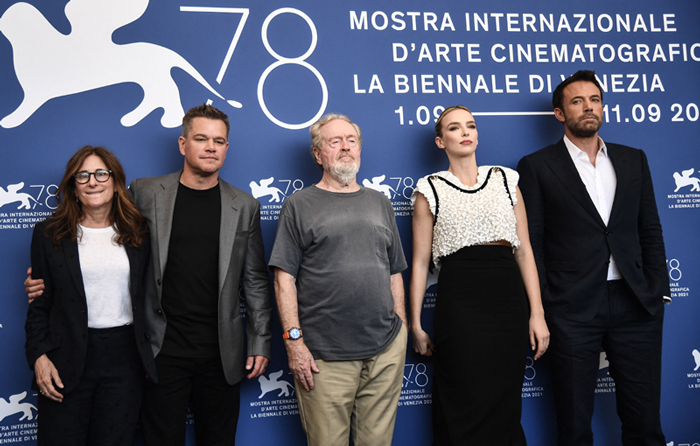 In the morning the couple left between greetings and smiles to those present, and appearing as natural as ever, but reserving the great perch at night. The singer wore the day of her arrival, a white lace dress and the next day she preferred a two-piece set, top and striped skirt most flattering. The public, who was located around the Palazzo del Casino, he was delighted to see the interpreter from The ring for when and the curious and photographers swarmed, wanting to capture one more sample of love between the two.

Like a true gentleman Ben helped his girl up to the vaporetto taxi that he was going to move them from one area of ​​the city to another, where they could be living a romantic vacation between one engagement and another. Jennifer was already in Venice at the end of August to attend the Dolce & Gabbana show with a spectacular set in which he forgot that phrase that “less is more” to show that it can also be the opposite. 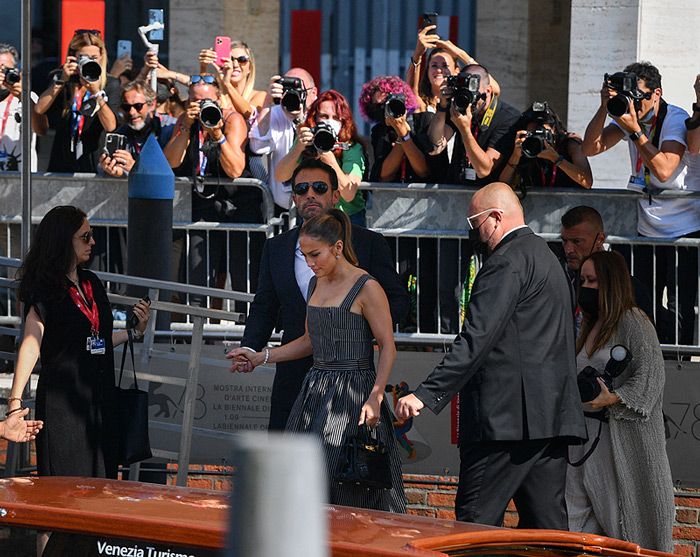 
Bennifer have strengthened their relationship at full speed, going from weekend meetings in hotels to plans with their children and, now, traveling thousands of kilometers to be the best support of the other on an occasion as important as this, which is the return of Ben Affleck to La Mostra after 11 years of absence. For Jennifer this year is the first time we see her at the festival, but perhaps one of her films prepared for 2022 (Marry Me, Shotgun Wedding O The Mother) could be premiered in Venice in the next edition and then it will be the protagonist of Batman vs Superman who supports his girl.

Many Thanks To The following Website For This Valuable Content.
Jennifer Lopez and Ben Affleck take Venice by storm