Keanu Reeves might have famously driven a bus in Speed, but that doesn’t stop him from getting behind the wheel of a fair share of muscle cars. John Wick features one of the most emblematic cars he’s driven, a 1969 Mustang Boss 429 (that was actually a 1969 Mustang Mach 1). Included on many Best Movie Cars Ever lists, there are a lot of reasons why John Wick would kill for this car.

The first John Wick movie came out in 2014, starring Keanu Reeves as a man who lost his wife. She has a puppy delivered to him to help him cope with his grief, they end up bonding eventually, and we see the two of them enjoy nice rides together in a 1969 Mustang.

The car ends up being part of the plot, because he encounters some Russian gang members at a gas station who offer to buy his collectible car, which John Wick refuses to sell. However, Wick never corrects the one of the men when he asks whether it’s a Boss 429. He does correct the year, saying it’s a ’69 model, not 70. Then they break into Wick’s house and steal the car.

With Wick so attached to the car, he would go to any lengths to get justice, and that was so good it extended to two other sequels, and third one in the making, with a 2022 premiere.

Since we’ve covered the fact that John Wick really loved his car, let’s find out why. In the movie, the actor is the owner of a mythical, limited edition 1969 Mustang Boss 429, which is a terrific addition for any collector.

Even scarcer and rarer than the Shelby models, the 1969 Boss 429 is surely special. The 1969 Mustang Boss 429 was designed as a NASCAR homologation special, and Ford only produced 1,359 cars of the sort before discontinuing them in 1970, and turning them into must-haves ever since.

Under the hood, it featured a semi-hemispherical 429 cubic inch (7.0-liter) engine which (legally) put out 375 horsepower and 450 lb-ft (610 Nm) of torque. However, it delivered more than the official records.

In reality, though, John Wick’s car wasn’t that rare. He was actually driving a 1969 Mustang Mach 1, paired up with a V8 engine, which put out 250 horsepower and 355 lb-ft (481 Nm) of torque, giving him enough power to make him look as badass as he did.

Another difference between the two is that all 1969 Mustang Boss 429s came with a 4-speed manual transmission, and Wick drove an automatic, which is shown in the sequel as he puts the car in reverse. Its steering wheel was also from a Shelby Mustang for more flex.

For the filming, Reeves shared he did most of the stunt driving himself (although he’s no Tom Cruise, he did go to a performance driving school for the role). The car chase scenes are also real, and it’s not all CGI.

His beloved Mustang makes an appearance in the sequel, John Wick: Chapter 2, but it’s not the only car we see him drive in the franchise. He hops behind the wheel of an expensive 1970 Chevelle SS 454 LS6 with a limited time on screen after his Mustang was stolen, and a 2011 Dodge Charger SRT.

What should we all learn from all of this? That you should never cross Keanu Reeves, let alone kill his puppy and take his precious 1969 Mustang away from him. 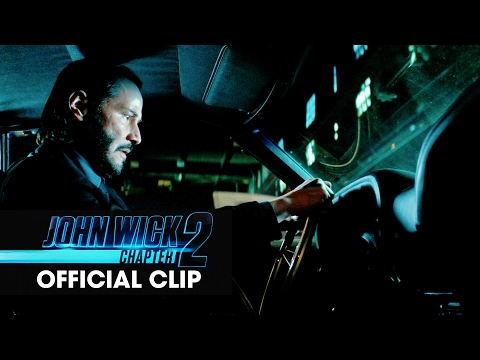