Maybe you know him from starring in the live-action remake of ‘Beauty and the Beast’ alongside Emma Watson or maybe you are one of the many fans of the ‘Downton Abbey’ series. But if this is not your case, do not despair, because Today we are going to review the career of British actor Dan Stevens.

From now on, every time you see him appear in a movie, you will not only know who he is, you will also be aware of why he is one of the actors to be reckoned with in Hollywood. That said, and without further ado, let’s review the interesting career of this actor.

Keep an eye on Dan Stevens

Stevens began his career with supporting roles in projects based on such iconic characters as Frankenstein’s monster or Dracula. But his first leading role would come with a very different literary adaptation: ‘Sense and Sensibility’, by Jane Austen. The series was produced and distributed by the BBC and the British actor played Edward Ferrars, the eldest of the Ferrars brothers. 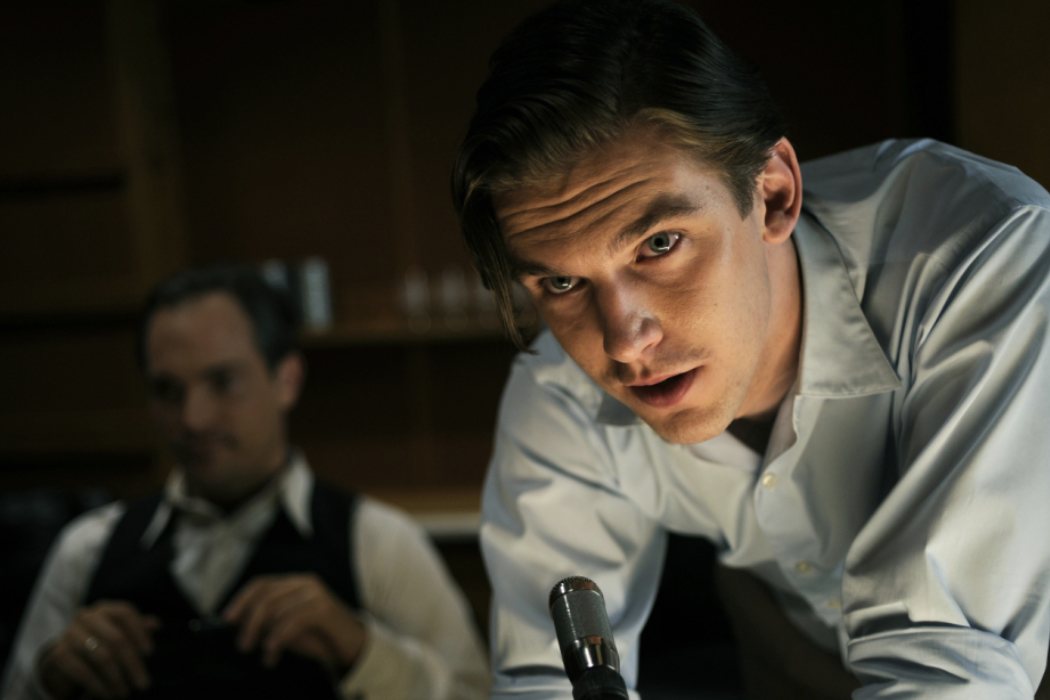 After spending several years on television. The actor made the leap to the big screen in this biopic of the German actress and singer Hildegard Knef, that in the tape was interpreted by Heike Makatsch. Stevens, for his part, plays David Cameron, no, it is not the previous British Prime Minister, Cameron was Knef’s second husband. 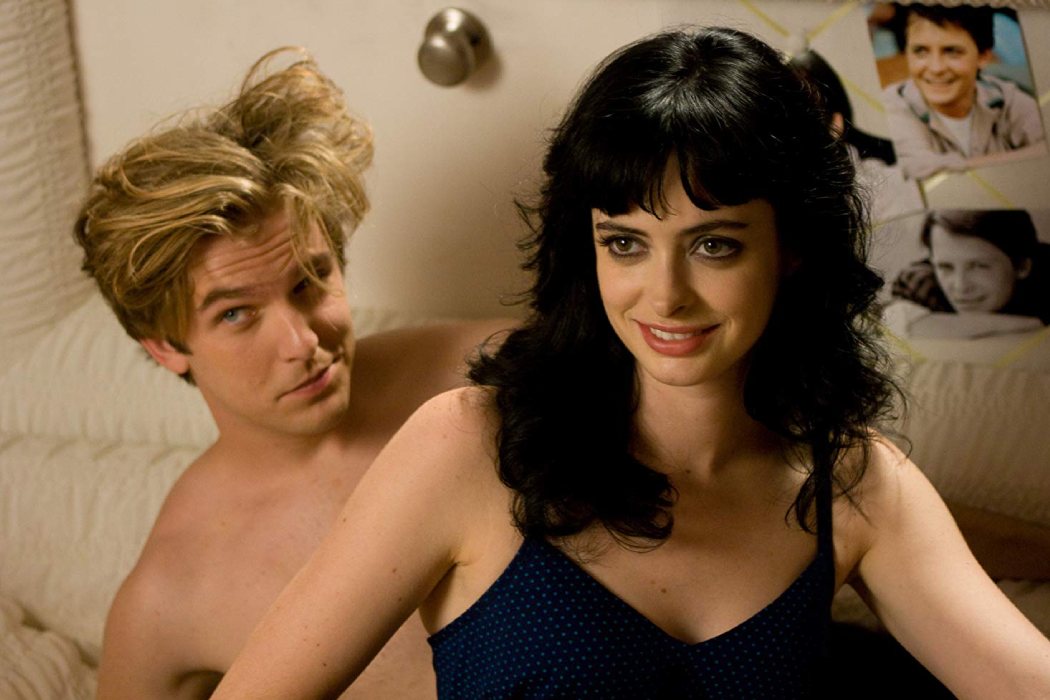 The first great role of the English actor would come in the famous English series. Stevens played Matthew Crawley, one of the main characters, for the first three seasons. ‘Downton Abbey’ hit the big screen in 2019, but Stevens did not return to join the rest of the cast.

The recognition and fame he gained in the series, which catapulted him to stardom, led him to star in movies like ‘Summer in February’, a romance-tinged period drama that centers on a love triangle. 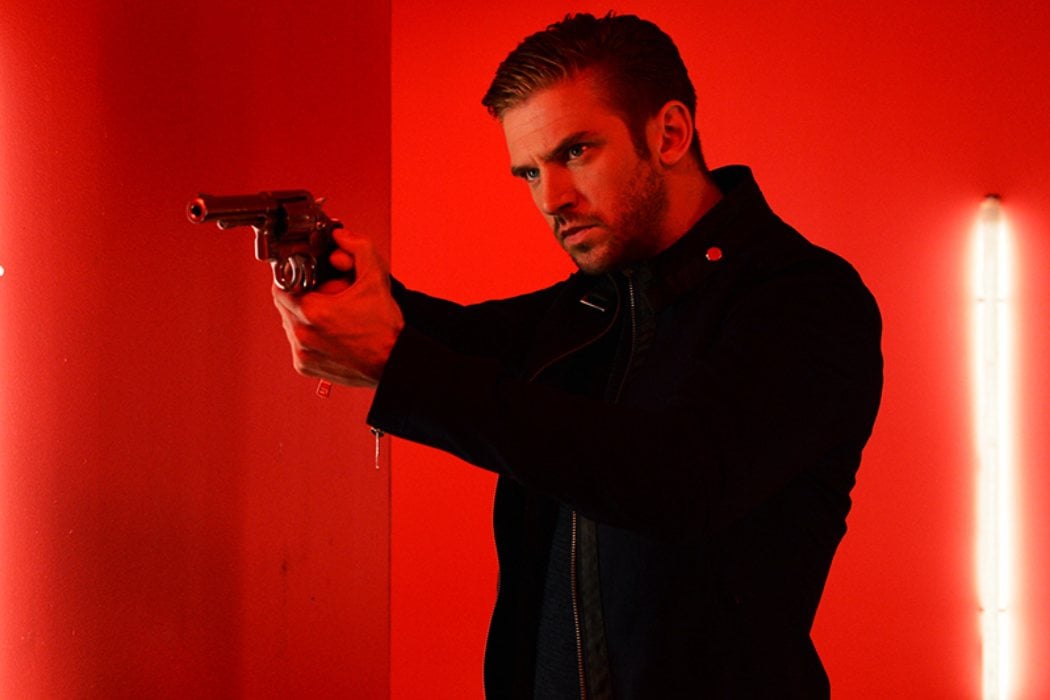 Dan Stevens surprised many moviegoers with this role, which was a huge turning point for his career. In ‘The Guest’, which has ended up becoming a cult film, the actor played a mysterious and terrifying ex-military man who gets into the life of an ordinary family. The rest of the cast was completed: Maika Monroe (‘It Follows’) and Lance Reddick (‘John Wick’).

The film was released in 2014 and featured Adam Wingard (‘You’re Next’) directing. If you haven’t seen it, we can’t recommend it highly enough. It is a thriller with an eighties touch, a hypnotic soundtrack and a photograph full of saturated colors, contrast and neon lights. If you liked movies like ‘Drive’ you should give it a try.

8 ‘Walking among the graves’ 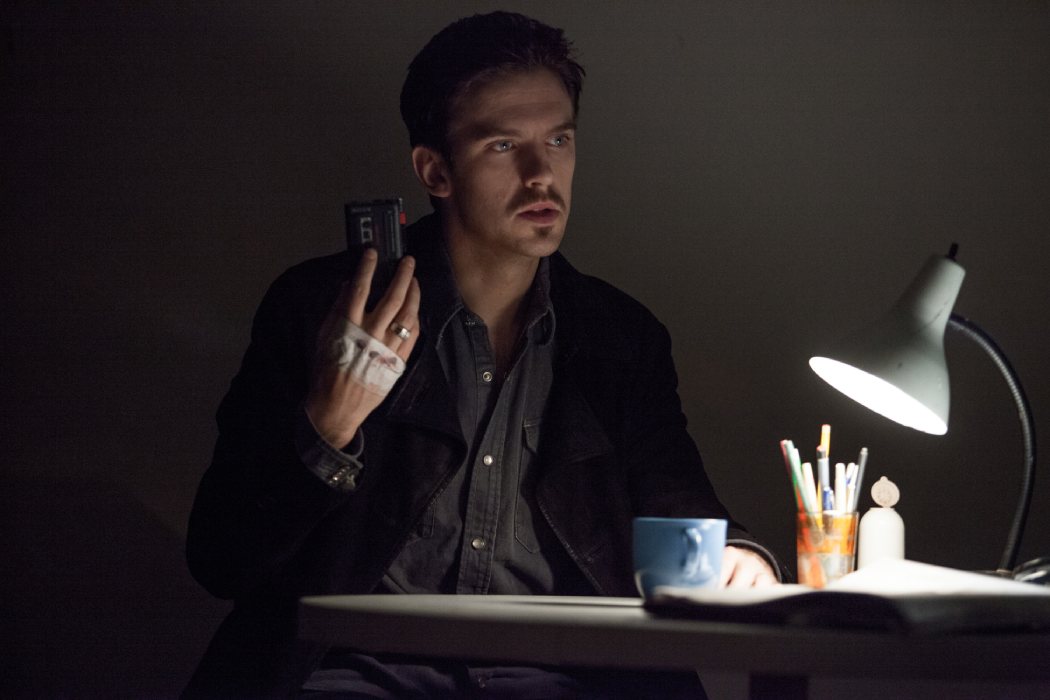 After his stint on ‘The Guest’, Stevens has also flirted with more common thrillers like ‘Walking Among the Graves’, one of many films starring Liam Neeson in the revival of his career as a “man of action.” The film premiered in 2014 and featured David Harbor in its cast, before Harbor earned a place in our hearts as the chief of police from Hawkins, Indiana.

The following year, he returned to work on a similar thriller, “Criminal Activities,” in which actor Jackie Earl Haley made his directorial debut. This time Stevens worked alongside John Travolta, who played a dangerous gangster.

This drama centered on the experiences of a blind man who miraculously regains his sight debuted at the Tribeca Film Festival. Despite a very positive critical reception, this completely original film did not get a massive release and went straight to video-on-demand platforms. The film failed to launch Stevens to fame, but it did earn him a lot of critical acclaim. 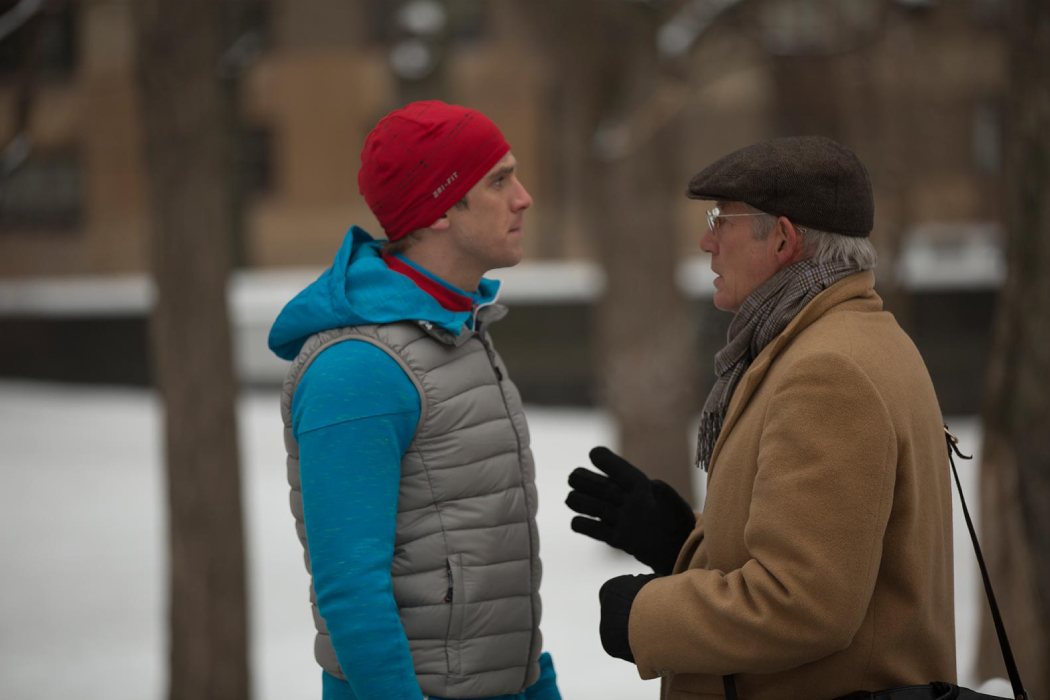 Stevens has spent part of his career in independent or low-budget film. This film, directed by New York filmmaker Joseph Cedar, is a great example of this. Starring Richard Gere, who plays a political consultant, This film revolves around the life and career of a man lost in New York City, the use of New York locations reveals the director’s love behind the camera. The rest of the cast is completed by Steve Buscemi, Michael Sheen and Dan Stevens himself. 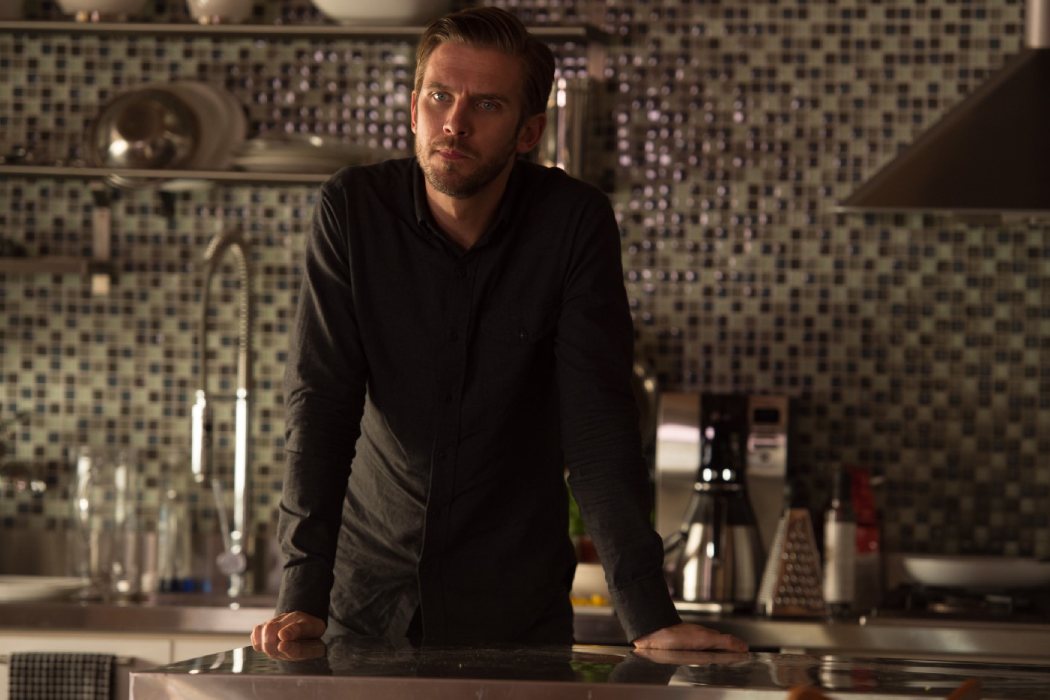 Stevens has also worked with one of the most international Spanish directors, the Cantabrian Nacho Vigalondo. The British actor and the Spanish filmmaker coincided in ‘Colossal’, a film starring Anne Hathaway tells the story of a woman who discovers that she has a mental link with a giant kaiju that is terrorizing Seoul.

The film used the giant monster as a metaphor for alcoholism and toxic relationships, capable of destroying people’s lives and surroundings. Nevertheless, Japanese production company Toho, creator of the iconic monster Godzilla, sued the film.

The cast, led by Hathaway, was completed by Stevens himself and Jason Sudekis, with whom he would meet again in the romantic comedy ‘An Open Relationship’. 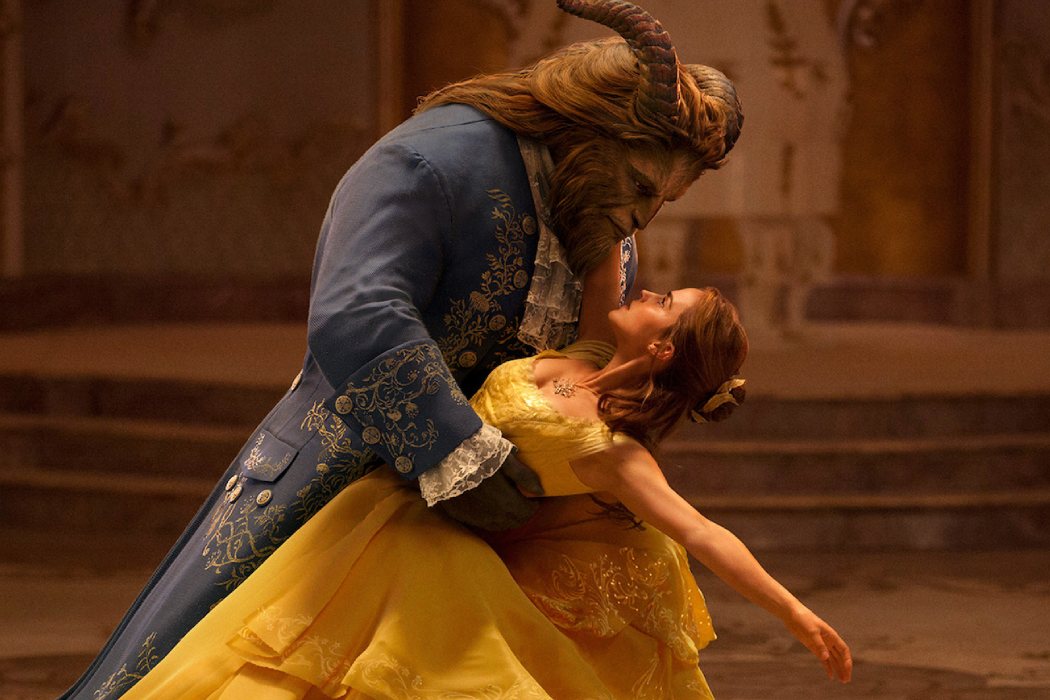 With a history of more than a decade, and having been part of television hits such as ‘Downton Abbey’, Stevens’ first big break in a big-name blockbuster came with ‘Beauty and the Beast’, the live-action remake of the Disney classic. The opportunity served him to show his talent for the musical.

The film grossed more than a billion at the global box office and put Stevens’ name on the lips of many international media. Nevertheless, the actor played the titular character (the Beast, in case it was necessary to specify) using motion capture techniques. The British actor shared a ballroom with Emma Watson. In addition, Stevens would meet again with Bill Condon after having worked on ‘The fifth power’. 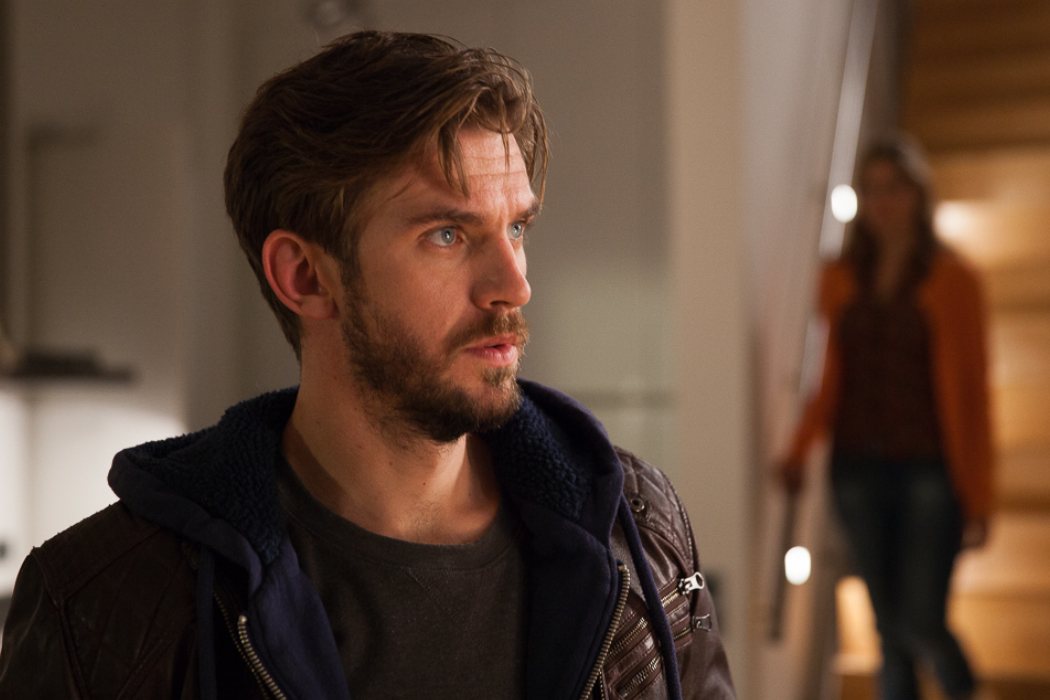 The actor would try his luck in science fiction with this futuristic action thriller. A Dutch production that premiered the same year as ‘Beauty and the Beast’. Perhaps this is the reason why hardly anyone remembers this movie, that revolves around a pilot (Stevens) who tries to save his family, and all of humanity, after an experiment, which tries to create infinite energy, goes wrong. The film did not have a global distribution and the box office and critic results were quite mediocre. 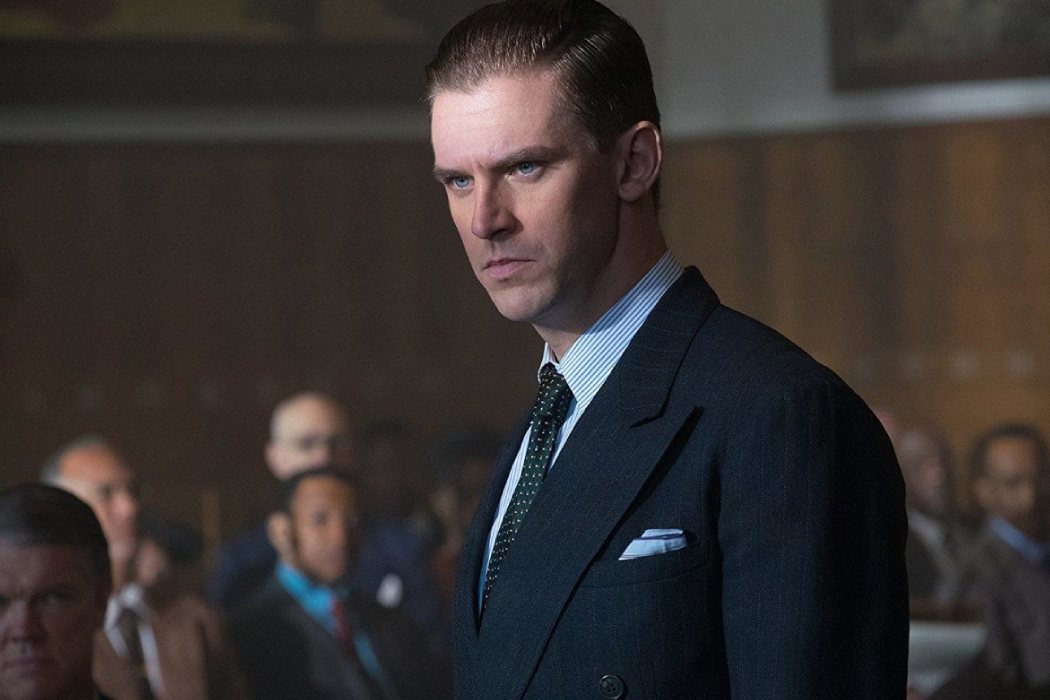 Between so much blockbuster and success, Stevens has also had room to let his career breathe with supporting roles and more dramatic projects. Like this biopic of Thurgood Marshall, the first African-American member of the Supreme Court of the United States. The title character was played by Chadwick Boseman and Stevens, meanwhile, played prosecutor Lorin Willis, one of many men who accepted Marshall’s courage but who put his prejudices before his skills in court. The film was not a huge box office success, but the reception from the critics was quite positive.

15 ‘The man who invented Christmas’ 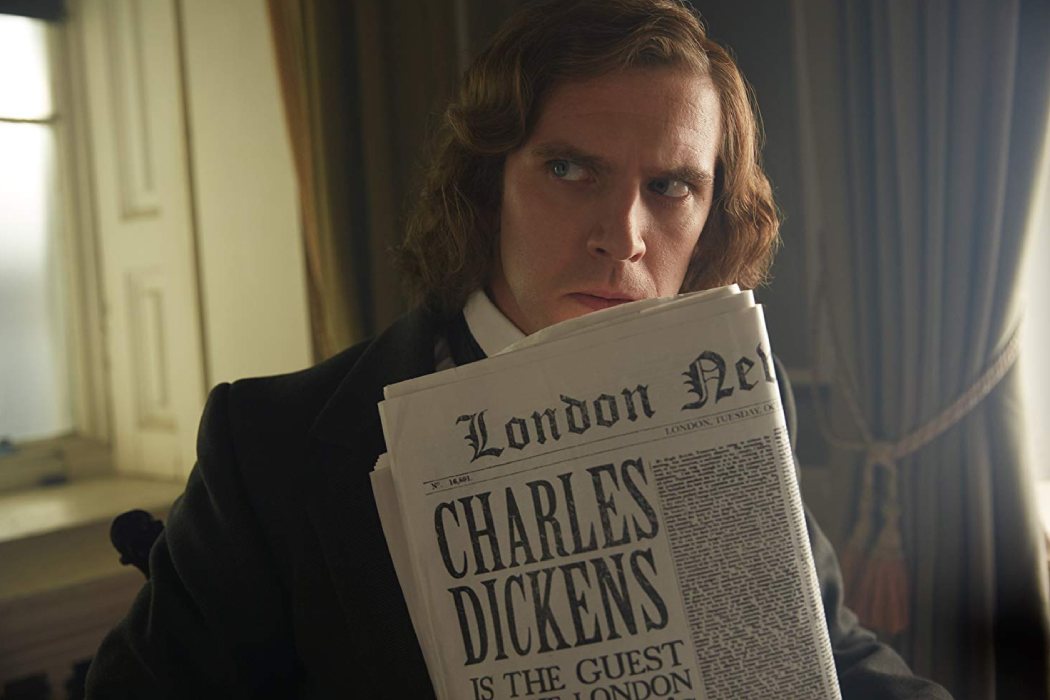 Stevens went from having a supporting role in one biopic to starring in another the same year. In 2017, the British actor stepped into the shoes of writer Charles Dickens in this film that narrated the experiences that led the author to write one of his magnificent works: ‘A Christmas Carol’.

The film reveals the inspiration behind the character of Ebenezer Scrooge (played by Christopher Plummer), a character that Dickens based on his own father: John Dickens (Jonathan Pryce). 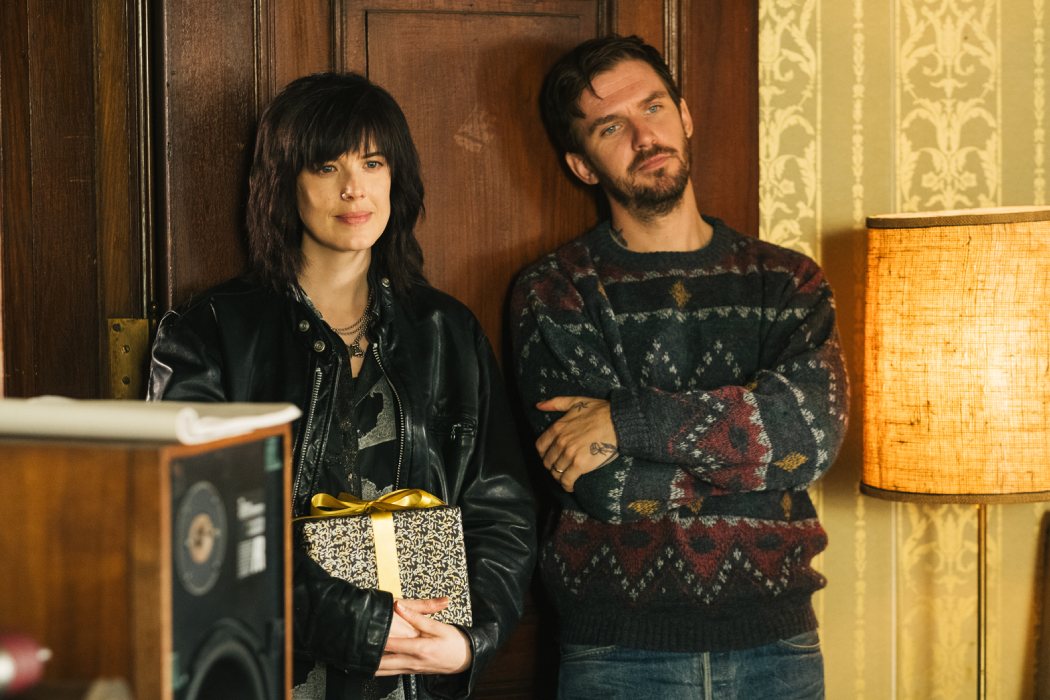 In 2018, the English actor was part of another independent project: ‘Her Smell’, the story of a punk singer with self-destructive tendencies and drug problems performed by Elisabeth Moss (‘The Handmaid’s Tale’). In the film, Stevens played the protagonist’s ex-husband.

The film, which featured actresses such as Amber Heard or Cara Delevingne, was built on an episodic basis, and narrated the protagonist’s journey through five sequences or vignettes that had elements of home footage that gave a more personal and intimate aspect to the story. 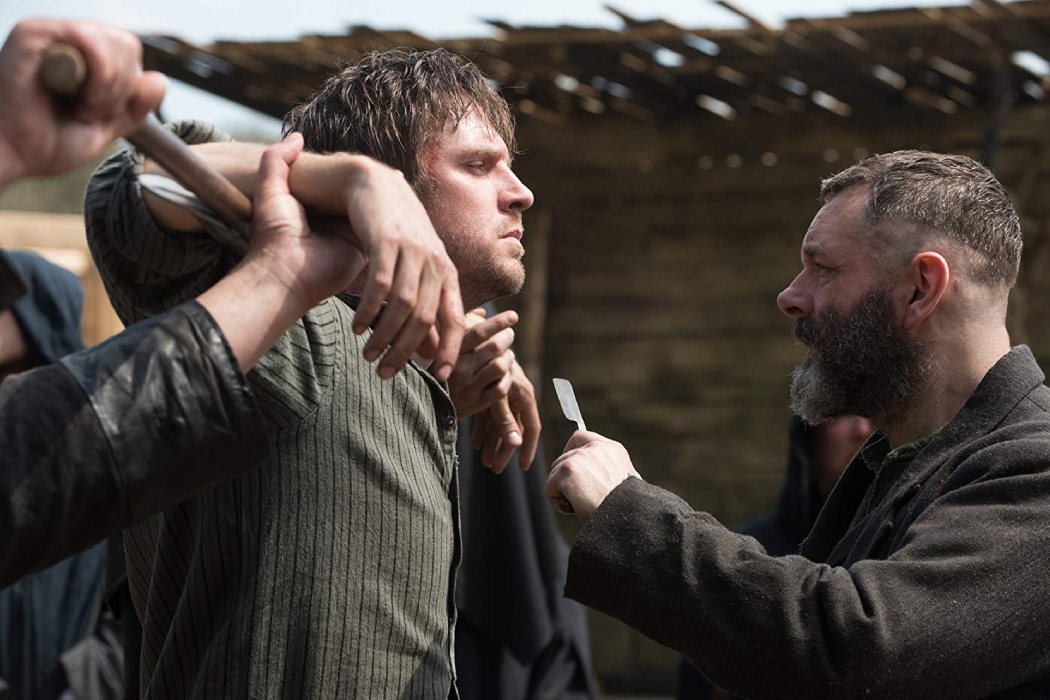 Directed by Gareth Evans, the filmmaker behind modern action-movie gems like ‘The Raid: Redemption’ or ‘The Raid 2: Berandal’, ‘The Apostle’ supposed Stevens’ debut in the horror genre.

The movie, which is set in 1905, tells the story of Thomas Richardson, who travels to a remote island to rescue his sister who has fallen into the clutches of a mysterious religious sect. The film contains several gore scenes and is a highly recommended viewing for fans of the genre. 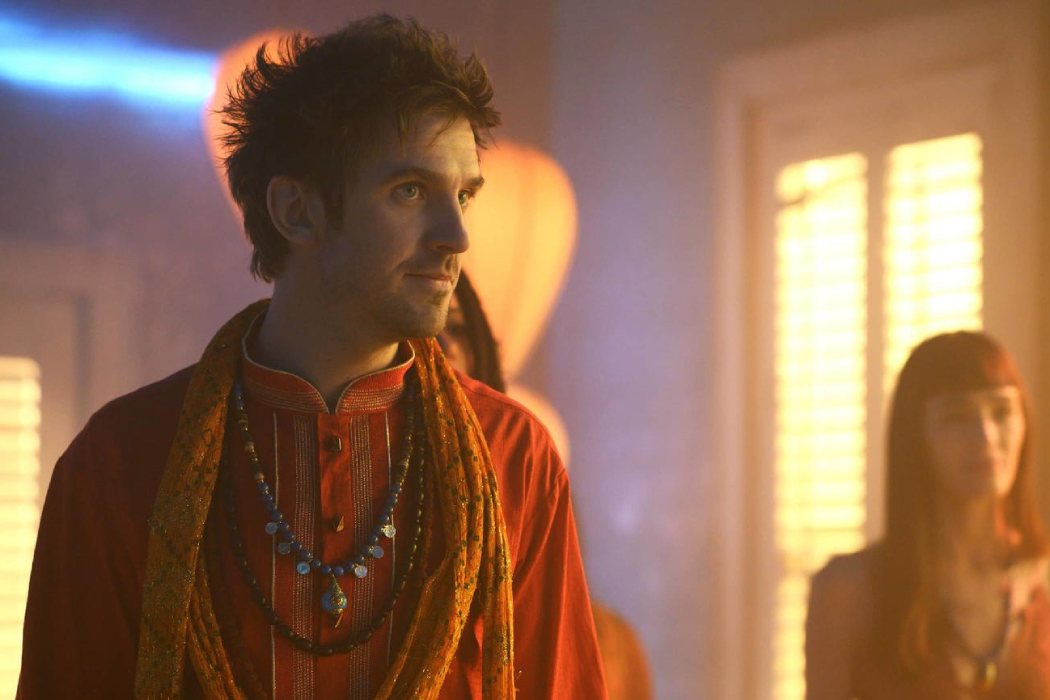 Stevens’ latest great success has come from the hand of the ‘X-Men’ saga, which has expanded its horizons to the small screen with series such as’ The Gifted ‘or’ Legion ‘, which stars the English actor, who gives life to one of the most powerful characters in the Marvel universe, the son of Charles Xavier, a mutant with such powerful mental powers that he can alter reality.

The series, which has had three seasons, tells the story of this particular superhero exploring his abilities on screen, in what turns out to be one of the most experimental comic projects in recent years, a surreal and almost delusional story full of humor. 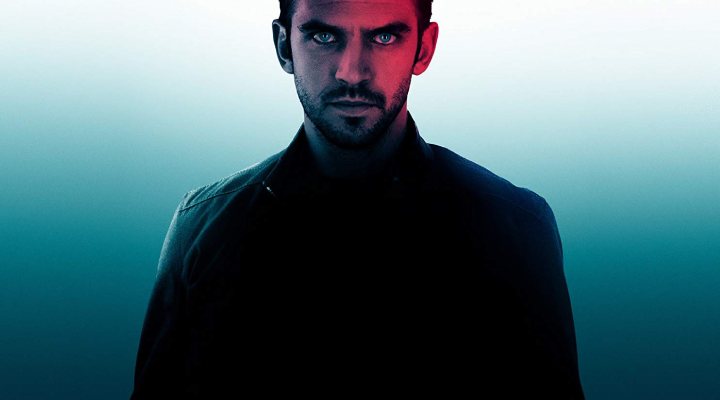 In 2019, Stevens has shared the screen with Natalie Portman in ‘Lucy in the sky’, a drama about an astronaut unable to cope with normal life after returning from a space mission. For 2020, Stevens has four more projects prepared: ‘Call of the Wild’ (co-starring with Harrison Ford), ‘Blithe Spirit’ (adaptation of the novel by Noel Coward), ‘The Rental’ (Dave Franco’s directorial debut) and ‘Eurovision’ (a comedy that revolves around the popular European music festival).