How do you watch all the Twilight movies in order? Based on Stephenie Meyer’s bestselling novels, few franchises have shaken the world as much as the supernatural romance movies – the Twilight Saga. From shirtless werewolves to a sparkly vampire Robert Pattinson, there is no denying the cultural influence and die-hard fanbase this fantastical world has created over the years.

Since releasing in 2008, Twilight has stayed in the public eye for over a decade, grossing an impressive $3.4 billion worldwide. Many are still being introduced to the secret vampiric story of the small-town Forks. But whether you are revisiting the Twilight Saga or are diving into it for the first time, it is easy to lose your way. With no numbered titles and five fantasy movies in total, you may wonder how best to enjoy this undead love story.

Twilight is a linear narrative, meaning that if you want the franchise to make sense, you need to watch all the films in the correct chronological order. One accidental cinematic slip can leave all potential ‘Twihards’ scratching their heads in confusion. With that in mind, The Digital Fix has made a guide detailing the correct way to watch all five of the Twilight movies, so that you can fully enjoy this iconic supernatural saga hassle-free. Warning, minor spoilers ahead!

How do I watch the Twilight movies in order:

Before Robert Pattison was The Batman, the star stretched his acting wings as the heartthrob vampire Edward Cullen. Twilight, the movie that kicked it all off, was a cultural phenomenon that set every teen’s imagination alight. Here we meet Bella Swan (Kristen Stewart), a high school student who moves to Forks and meets the mysterious Cullen family. A forbidden supernatural romance soon kicks off between the human girl and the mind-reading vamp Edward.

The movie sets up the overall love story that, let’s face it, we were all too heavily invested in back in the day. Twilight also introduces the hostile vampire Victoria, who would become a big feature in later films, and reveals Edward’s reluctance to turn his human beau into a fellow undead creature.

Needless to say, you need to watch this flick before venturing further into the Twilight Saga since it sets up future plot points and the secret supernatural world of bloodsuckers perfectly. 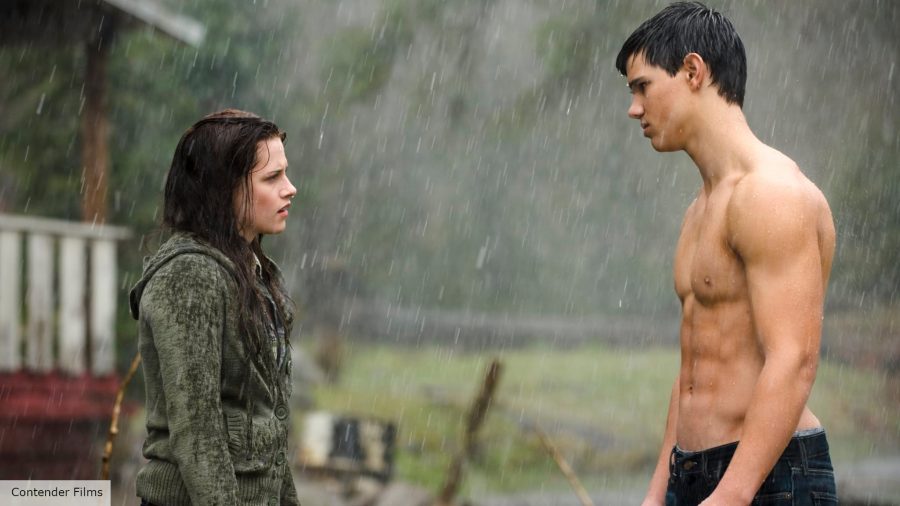 Directed by Chris Weitz and opening with Bella almost becoming vampire food at the Cullen house, New Moon shows Bella and Edward’s relationship take on a more sombre tone. Edward has essentially broken up with Bella and left Forks for good, causing the teenager to spiral into depression and turn to a hunky werewolf for comfort – Jacob Black.

In this sequel, a lot, and I mean a lot, of developments happen. Firstly the love triangle between Jacob, Bella, and Edward kicks off (we are firmly #TeamEdward, by the way). We meet the ancient vampiric council in Italy called the Volturi, and Edward is told that he has to turn Bella into a vampire – which in short, no one but Bella really wants. It is all very spicy, we know.

But guess what? Thanks to all the setups introduced in this flick, we know that more drama in this franchise is afoot! 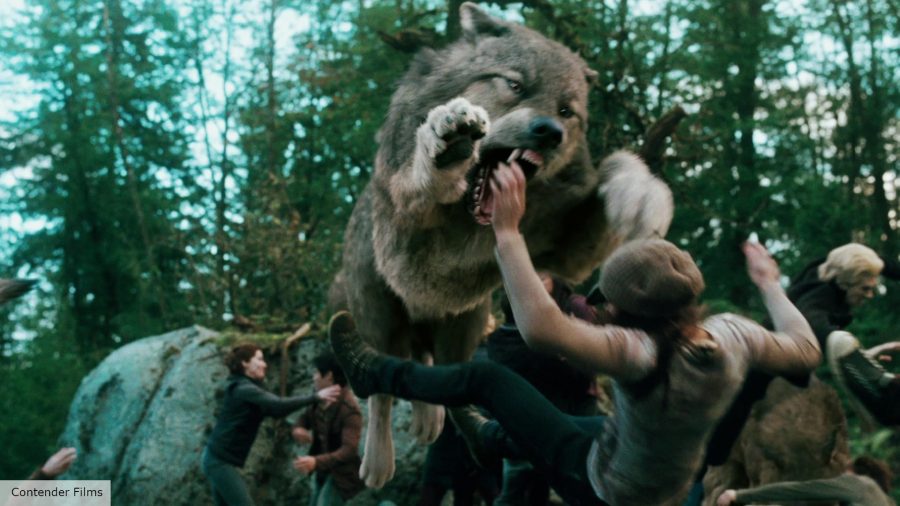 Remember Victoria from the first movie back in 2008? Well, she is back, is hungry for revenge, and has been busy making a newborn vampire army. Eclipse is the third film in the franchise and sees the Cullens and the werewolves that were introduced in the last film come together in an all-out supernatural war.

Although Eclipse is often looked at as one of the weaker entries in the franchise, it marked the turning point in the entire series. Tensions between the Volturi and the Cullens escalate, and Bella and Edward commit to spending eternity together as pressure mounts to turn her into a vampire or risk the Volturi’s wrath.

By the end of the film, it is pretty obvious that the Volturi will cause trouble, and we are now about to enter a new Twilight age as Bella itches closer to her fangtastic (sorry for the lousy pun (editor’s note: not sorry)) destiny. 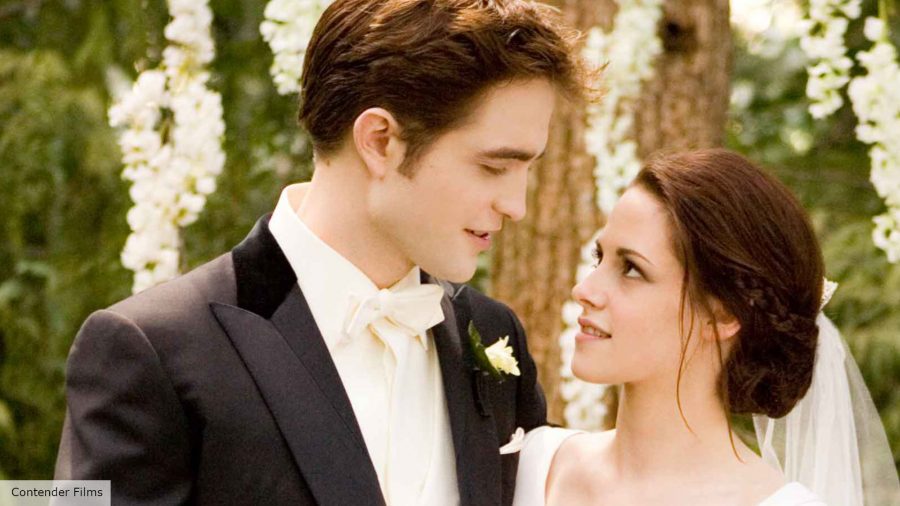 Set a few months after the events of Eclipse, the movie opens up on the day of Bella and Edward’s wedding. Many fluffy romantic moments happen, complete with a sunny honeymoon, until we see one of the most traumatic pregnancies in cinema.

Bella starts withering away while carrying her hybrid vampire baby. Despite constant threats from Jacob and Edward pleading, in the end, Renesmee is born. With the new supernatural hybrid, a reason for the Volturi to attack is introduced into the story, and we enter the final confrontation in the Twilight Saga. 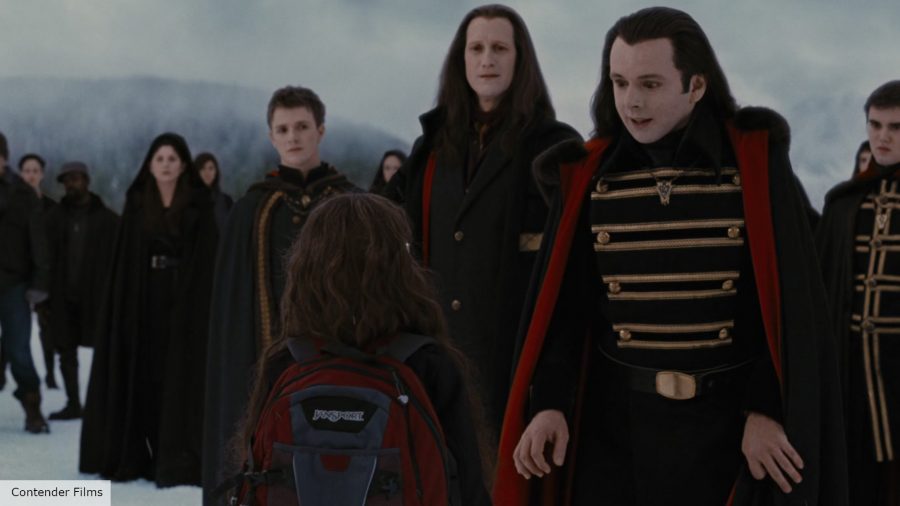 Unlike Part 1, which was essentially a slow setup with little to no action, Breaking Dawn – Part 2 is the tense finale to the whole Twilight Saga – complete with another supernatural war, and a bunch of new sparkly vampires with unique superpowers ready to fight against the big bad Volturi. This is what the last four films have been building up to, and trust us; it is the perfect ending to Bella and Edward’s story.

The film begins straight after the events of Part 1. Bella is finally a newly-awakened vampire. Along with having to come to terms with, you know, drinking blood now, she also has to deal with her newborn baby, who, despite being only a few days old, is already causing trouble.

Basically, Renesmee is the catalyst for an upcoming major conflict as the Volturi uses her as an excuse to wipe out the powerful Cullen family once and for all. The final showdown begins, and the satisfying struggle to a happy ending for Bella and her new family ensues.

And that is everything in our guide on how to watch the Twilight movies in order. Currently, all of the Twilight Saga is available to watch through Netflix and Prime Video in both the UK and US. To sign up for a 30-day-free trial membership for Amazon Prime, click our link here.

How to watch all the Twilight movies in order