The gang has gathered in their den, on the outskirts of town. The spurs on his boots denote a career in which there has been almost everything it takes for someone to be claimed on posters. They have their tools ready, some of them have accompanied them in the face of danger for decades. Now they plan their next strike, from which they will ride off into the sunset. And, later, they may tell this and other stories.

All this is as true as that in his rehearsal room in Taldegune, in Betoño-Zurbano,
Mario Gómez, Iñigo Etxeita, Alberto Andino and Xabi Baldeon work on the songs of their project, Búfalo Club. In their careers there are bands like Crines, Los Blues Morning Singers, Dave & The Souldiers or The Allnighters. With old ‘irons’ such as Etxeita’s Fender Telecaster or Gómez’s Stratocaster Plus –both from the early 90s–, along with other guitars and bass JackCasady from Andino and Baldeon’s Gretsch drums, they put order in the repertoire that will premiere on July 18 at Hell Dorado, in vermouth time. And, after the christening, they will go to listen to others – a really healthy custom among musicians – at the Iradier Arena. Yeah, where The Jayhawks are playing that afternoon. Let’s see what is counted.

“We are a big and clumsy animal. We are not kids “, start the Buffalo Club. “He’s clumsy but good, noble,” says the man with the drumsticks, rods, cymbals, and drums. The truth is that the capture of the ungulate was much more complicated than the massacres of the white hunters and trappers, at full rifle, until the great herbivore was extinguished. «All the names were taken and this
it fitted well with the American imaginary ”, but the last name was missing. «’Club’ is something international». “It is an Anglicism more than internalized,” adds Mario Gómez, who carries others in his hand, such as ‘bottleneck’ or ‘slide’.

The American sound quartet, which opens on July 18 at Hell Dorado. /

The project arose “in the middle of the pandemic and much of it, by bike,” they point out in reference to the meetings they held when and how they could get together. The quartet already had a history with lyrics in English and with the two guitarists elaborating half a dozen songs, including
‘La diosa del barrio’, a rock piece chosen as the first single, with his lyrics now in Spanish.

There they were rock and roll and the southern sound, in that trigger that would later look for a target in which to hit. “We want to convey what we know how to do, we are not going to start playing reggae because we don’t feel it,” says Etxeita. Another leg of the quadruped, Xabi Baldeon, remembers that he had not played in public for about 25 years,
from the Crines stage. “Iñigo and I wanted to do something together”. “We know each other well, and with a glance we already say ‘still there'”, highlights the guitarist. And Alberto Andino joined as electric bass player –although he is more of a double bass player– «out of friendship with the three of them, there is a good atmosphere».

On top of that, there are microphones for everyone.
Apart from the main voices of Gómez and Etxeita, there are always choirs. “Iñigo and I were very clear from the beginning that the choirs are a plus,” says Mario while three heads nod. Of course, each one has had to find its place and tessitura to evoke the sound style of those golden 70s with America, Jackson Browne, Eagles and other great beasts of the scene, including also leviathans like Rod Stewart or the Rolling Stones themselves.

But
‘El gran azul’, ‘Dispárame’, ‘El Buscavidas’ or ‘Honky tonk’ sound in Spanish. “It sounds more natural than the turns in English, we have more resources,” they say. They also want to understand them well, aware that “historically, people have gone from lyrics to rock and roll.” And now it thunders like a stampede. 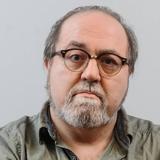 Not even the most virtuous can make rock and roll sound if they don’t feel it inside. Be it the heart, the soul or the guts, something has to contain that drive, without which the repertoire is no more correct. And correction does not go well with rock. For this reason, Mario, Iñigo, Alberto and Xabi have taken from the interior a lot of sounds of American and rock lineage, they have dressed them in Castilian and they sing them with enthusiasm. This is how this club is and this is how these members are.

Was aerobics a liberation for women or the beginning of a new bondage? | Wellness, Feminism, Fashion

Netflix | Luis Miguel: who is the model who participated in the duet with Frank Sinatra | Spoiler

Perfect silhouette: Miley Cyrus shows why she is one of the most beautiful women

Be passionate about short-sleeved and patterned men’s shirts

Dell Technologies Vs HPE: The Story of Two Strategies

“Don’t tell me what to do with Daenerys.” Emilia Clarke recalls her discussions with the creators of ‘Game of Thrones’