As expected they tested positive for variante Omicron of Sars Cov 2 also the wife and two children of patient zero, the Eni executive who returned from Mozambique and tested positive for a swab carried out in Milan. As reported by the man, vaccinated with a double dose, the conditions of all, including the older members, they have mild symptoms and are in good condition. The confirmation that the infection is due to the mutation detected in South Africa comes from the Campania Region at the end of the sequencing. An operation that took place very quickly thanks to instruments that with NGS technology, which the laboratory of theCotugno Hospital in Naples, which make it possible to process and evaluate the viral genome in its entirety within 24 hours. The four patients have no relevant symptoms a confirmation of the action produced by the vaccine.

They have not been sequenced, because they cannot be sequenced due to the very low viral load, mother and mother-in-law tests. At the moment it is therefore not possible to know whether the two elderly women were also infected by the Omicron variant, as ascertained for the Eni manager, his wife and two children. In any case, the conditions of the two women, vaccinated with a double dose, do not cause any concern, as well as those of the rest of the family. “We appreciate the highly trained Cotugno staff who completed the sequencing. We will follow this case with the utmost attention with great attention to tracing, ”said the president of the Campania Region Vincenzo De Luca.

In Milan last Saturday, the obligation to wear masks outdoors in the city center began and according to the mayor, Giuseppe Sala, the one just passed “it was an educational weekend, we decided not to fines and we will move on to fines later. What the police officers told me is that the vast majority of people had a mask and therefore it was a positive sign “, as he explained on the sidelines of the inauguration of the 2021-2022 academic year at Humanitas University. .

Omicron variant, the virologist Guido Silvestri: “Origin from a patient with Covid for 200 days. Strengthen Green Pass and third doses of vaccine “

To journalists who asked him if the obligation to wear a mask outdoors will also be extended to other areas of the city, Sala replied, “I don’t think so. But this will depend on the evolution of the pandemic. We have put this precautionary measure where there will be more crowds for Christmas shopping ”. In addition, the Municipality has taken other measures to avoid gatherings during the Christmas holidays. “For example, we didn’t feel like not making the tree but we decided not to do the concert in Piazza Duomo – Sala concluded -. For the Prima della Scala I asked the board not to have the traditional dinner because there are 300 people in a closed place and it didn’t seem right. We have screens around the city, but I said not to put them in the Gallery as it is usually more crowded. There is therefore no golden rule but there is consensus measure by measure “. 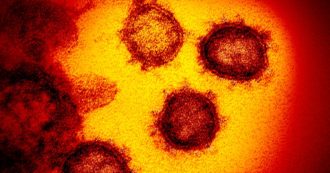 Covid, new variant identified in South Africa. It has 32 mutations and is already monitored by the WHO. London blocks flights from six countries

Omicron has so far been identified in ten countries on five continents as indicated by the international bank of Gisaid genetic data, in which countries around the world deposit the sequences of the Sars Cov2 virus. At the moment the new variant B.1.1.529 is present in Africa, Oceania, Europe, North America and Asia. Gisaid’s data also indicate that most of the sequences (129) come from Africa, with 110 filed from South Africa and 19 from Botswana (19.2%). The other countries follow with great detachment: Australia, with 5 sequences, United Kingdom, Hong Kong and Canada (2); at the moment there is a sequence filed by Italy, as well as by Belgium, Israel and Austria.

Covid, also the wife and children of the Italian patient zero positive for the Omicron variant. Here’s what’s going on