Published: Less than 3 hours ago

Updated: Less than 20 minutes ago

PARIS. The same men’s winner as usual. A women’s award that breathes future. A gender that always ends up being a bit of an exception.

The Ballon d’or gala was just as usual; glamorous, exciting and a bit problematic.

When the newly established award Forward of the Year took place early in the evening Robert Lewandowski the advance tips seemed to strike. A compensation prize for the Bayern Munich star to rake up for Lionel Messi as the winner in the main category? That’s how it felt.

They were both in Paris, the latter lives here nowadays, and together with the entire male football aristocracy took over the mammoth Théâtre du Châtelet at the Seinebank on Monday night.

An easy sexist bait to throw yourself after

When Ballon d’or was handed out on the women’s side for the first time in 2018, the big after-debate was that tonight’s DJ Martin Solveig had asked Ada Hegerberg to twerk. It was an easy sexist bait to throw at. In the shadows ended up the fact that France Football had certainly instituted a women’s prize, but at the same time expanded the entire trophy park with a junior prize and a goalkeeper prize. Only on the men’s side. Tonight, the men’s prize cabinet had been expanded with two more trophies, Striker of the Year and Club of the Year, the last of which was at least awarded to Chelsea as a bisexual unit. Otherwise, the girls were mostly happy that they were allowed to join. Or yes, be in the spirit. This year, the Ballon d’or gang had the genius to put this year’s gala just during the ladies’ national team break. You can find a hundred explanations for it. None of them agree.

When the ladies’ prize was to be awarded – the only one of the evening – it was still solemn beyond the ordinary. Alexia Putellas, 27, was the favorite to take home her and the club’s first Ballon d’or on the women’s side and the fact that FC Barcelona had chartered their five (!) Nominated girls to Paris from the national team collection gave a hint as to where Le Ballon d’or féminin would go. Putellas is the perfect Barca player (possibly with the exception of a few seasons in Espanyol); she was born in Catalonia, the army commander and dynamo of the club that crushes all opposition in her home country and who broke the Lyon hegemony this spring and took home her first Champions League title after beating Chelsea 4-0 in the final.

Not his most well deserved

Putellas gave a spiritual and thoughtful speech in which she switched between Spanish and Catalan and finally dedicated the prize to her dead father. Then she brought her mother and sister up on stage in a powerful matriarchal scene during the evening’s other male dominance. We also note that Stina Blackstenius landed in 13th place in the poll.

When Gianluigi Donnarumma was awarded tonight’s goalkeeper prize, it was time for the original gold ball. It went, as expected and leaked in advance, to Leo Messi. It was his seventh miracle and perhaps not his most well-deserved. But a Copa America title this summer offset a dubious, not to mention bad start in the new club Paris Saint-Germain.

Maybe Leo Messi knew the situation, regardless, he has become much more verbal after thirty. Or how about this performance for tonight’s runner-up Lewandowski.

– I want to thank Robert too, you deserved to win last year. Everyone agreed that you were the winner of the year.

The Pole is 33 years old, the Argentine 34. There was a slightly melancholy breeze through the room with the inevitable feeling that it may have been the last time.

But it was the first time a PSG player won the Ballon d’or during his time at the club and Paris had of course prepared for that. The fact that the evening’s final scenes ended up a little behind in the timetable was due to the Eiffel Tower being lit up in the Argentine’s honor. Happens easily.

Alexia Putellas has many chances left to repeat tonight’s triumph. France Football gets more chances to correct the imbalance and choose a date when the whole football world can get loose. 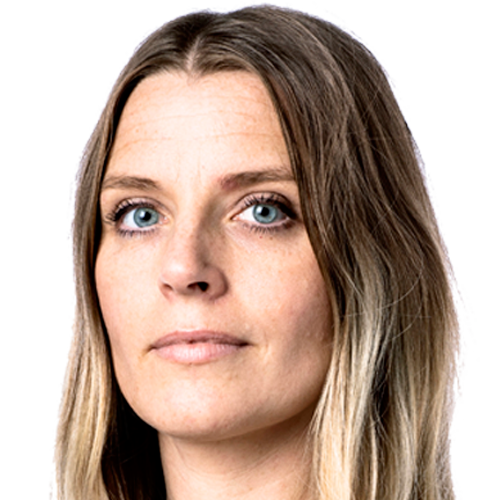 Frändén: Ballon d’Or was just as usual: Glamorous, exciting and a bit problematic