Incredible! United’s lead emerges from the blues free kick! Bruno Fernandes hits the ball up and far from his own penalty area and actually lands right at Jorginho. The Italian fails as the last man to accept the ball and lays perfectly in the barrel of the onrushing Sancho. The ex-Dortmund then runs towards the goal together with Rashford, decides against the cross pass and pushes in dry at the bottom right. Rashford has to fight on his own sixteen and comes too late.

Not much happens in the first few minutes after the restart. Timo Werner pulls in from the left in the box and then pulls away, but he has three reds in front of him and is blocked accordingly.

Without any personnel changes, the second round can be started.

Half-time conclusion:
Chelsea and Manchester United go goalless into halftime! In the first league game after Ole Gunnar Solskjær, the guests are focused almost exclusively on defending and are almost completely absent from the offensive without Cristiano Ronaldo on the bench. The Blues had almost 70% possession and two big chances to take the lead. De Gea parried once against Hudson-Odoi and then steered a Rüdiger hammer against the crossbar. Apart from the two big chances, Chelsea couldn’t think of much either. Again and again the hosts ran into the penalty area and remained without a conclusion. We’re about to continue with the second half at Stamford Bridge! 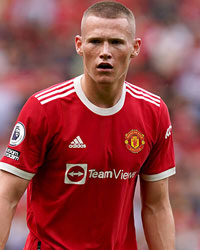 McTominay tugs at Marcos Alonso and does not commit a hard foul, but it is his fourth. Yellow!

Shortly before the break, United actually picks up the pace, Rashford turns on the turbo on the left and then serves Fred in the middle. The Brazilian puts the ball on Rüdiger in front, goes down and wants a penalty. But there was nothing at all!

There is still no trace of hectic at Chelsea, despite the result that does not correspond to the course of the game. The hosts are always careful not to allow anything at the back and look for the crucial gap at the front with peace of mind.

A little later, Reece James tries from a distance, but chases the ball meters wide to the right.

Ziyech conquered the leather in the counter-pressing at the corner of the penalty area, goes through to the baseline and fits sharply into the fiver. But nobody is standing there!

United also makes life difficult for itself. Bruno Fernandes fits the ball directly into Hudson-Odoi’s feet 30 meters from his own goal. He doesn’t get a proper shot from 18 meters and de Gea collects the thing relaxed.

The hosts are now increasing the pressure again and firing at the Red Devils goal almost every minute. Werner and Hudson-Odoi take out two more corners, but both remain without a conclusion.

What a hammer from Rüdiger! Chelsea initially plays it slowly around the sixteenth, then the German defender of the Blues simply pulls off. He slams the ball from 25 meters to the bar! De Gea was even there and booked his second brilliant parade.

After half an hour, the game at Stamford Bridge is pretty flat. Manchester United has meanwhile better adjusted to the not too creative offensive department of the hosts, the game moved further towards the middle of the field.

Chelsea are still clearly superior and dominant, but there are no clear opportunities. Reece James sends the next sharp ball straight through the five, but finds no taker.

Hudson-Odoi keeps sounding the alarm on the left, but also has a lot of space. The Englishman’s flank is a tad too high for Werner, who cannot get the ball on goal.

Bruno Fernandes then booked something like the first degree for the guests, but didn’t even come close to hitting the goal from 25 meters. On the other side, James breaks through to the right and crosses to the second post, where Marcos Alonso is too surprised and the ball stumbles out of bounds.

The guests have to go eerie ways here. The two strikers Sancho and Rashford have to work a lot with back and spend more time in their own than in the opposing penalty area.

Callum Hudson-Odoi speeds up on the left and then lays back to the edge of the box, where Hakim Ziyech has an incredible amount of space. The Moroccan immediately pulled the trigger with his strong left and aimed at the long corner, but aimed a good meter too high.

United cannot do anything with winning the ball in midfield either. Most of the time they try to somehow bring the leather towards Bruno Fernandes, but of course the Blues are prepared for that.

In the meantime, the Red Devils have found their way into the game a little better and keep the ball away from their own penalty area for at least a few minutes. But nothing is going towards the Chelsea goal.

United are limited on the defensive to closing the center with all their might, but leave a lot of space on the outside. And Chelsea uses that again and again to get behind the back four. The only thing missing is reasonable crossings.

After a corner from the left, Antonio Rüdiger comes in the middle for the header, but is still properly disturbed and gets no pressure behind the ball. Over!

The home side are incredibly aggressive to the point. If the ball is lost, the full band goes into counter-pressing and the thing is recaptured. A free kick from the right half field rushes sharply to the five, but is cleared confidently by Lindelöf.

United can be very happy not to be back here already. The Blues are pushing for the lead and not letting Manchester come into play at all.

While the guests are not there yet, Chelsea gets going like the fire department! Initially, Ziyech fails with a twisting shot from ten meters at de Gea, a little later the bell actually has to ring. Hudson-Odoi approaches United’s keeper from the left alone and only has to cross for Werner, but tries himself and fails because of the brilliantly reacting de Gea!

By taking in a second six for offensive man Ronaldo, Michael Carrick switched to a 4-3-3. Thomas Tuchel relies on the proven 3-4-2-1.

The match will be led by the experienced FIFA referee Anthony Taylor. The 43-year-old has just led the teams on the races and is now ready to choose a seat with the two captains Jorginho and Bruno Fernandes. This cracker at Stamford Bridge will start in a few moments!

United, on the other hand, has only won one of the last seven league games and has received some hearty claps such as the 0: 5 against Liverpool or the 1: 4 at Watford. The guests have long since spoken of the title and the Champions League ranks are already six points away. After three games without a win, they were able to celebrate an important 2-0 win at Villarreal in the first competitive game without Solskjær during the week, at least in the premier class, and thus book the round of 16 early. So the Red Devils travel to London with at least a little sense of achievement behind them.

The fact that Ralf Rangnick will already be in the stands today doesn’t change the fact that Chelsea are the clear favorites in this match. The Blues are playing an impressive season in which they have only suffered two defeats in 20 competitive games and have already won their first title with the UEFA Supercup. Thomas Tuchel’s team is already in the round of 16 of the Champions League and was enthroned at the top of the Premier League before this match day. Chelsea have been unbeaten in ten games and have won nine of them, most recently 3-0 in Leicester, 4-0 against Juventus Turin.

On the side of the home side, Thomas Tuchel changes three times. Ben Chilwell and N’Golo Kanté are injured, and Christian Pulišić rotates out on the bench. Ruben Loftus-Cheek and Marcos Alonso take over in midfield, Timo Werner starts at the top.

All eyes are on the guests’ bench in front of this classic. Ole Gunnar Solskjær had to take his hat off after two and a half years without a title with many ups and downs after the most recent series of bankruptcies. Surprisingly, Ralf Rangnick should take over. The 63-year-old would currently be the third Swabian coach at an English top club after Thomas Tuchel and Jürgen Klopp and should look after the Red Devils as an interim coach until the end of the season and then stand by them as a consultant for two years. Today, Michael Carrick takes over the job on the sideline again, as it did last in the 2-0 win at Villarreal.

Hello and welcome to the Premier League top game on Sunday evening! At the end of the 13th matchday, Chelsea FC hosted Manchester United.