After a clash with Scepanik, Nkansah must be treated. For the FSV captain it goes on again quickly.

Go on! Both teams come out of the cabin unchanged in terms of personnel.

Half-time conclusion:
Break in Munich! After 45 minutes, there is a 1-1 draw between Türkgücü Munich and FSV Zwickau. The home side were the more active team for a long time and through Barry had a good chance to make it 1-0 after 18 minutes, but the offensive player headed past the goal. Zwickau took the first real chance after a mistake by Vollath to make it 1-0. Gómez scored (31st). However, Munich had an answer ready before the break and came to an equalizer after a great goal by Sararer (43.). Overall, the result is okay. We are excited to see how things will continue after the break. See you soon!

There’s another minute on top.

First warning of the game. Hauptmann sees yellow due to a tactical foul against Sararer. 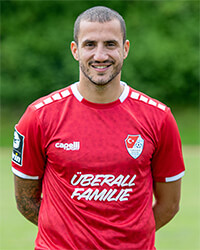 Türkgücü equalized with a great goal! Irving has some space to the right of the outside lane, turns on his own axis and then plays an absolute dream pass through the alley into the penalty area. Sararer runs the pass to the right of the five-meter space and chips the ball into the net with the first contact over the storming Kamenz!

Sararer enters the box from the left and then goes to the ground in a duel with Nkansah. The attacker claims a penalty, but everything was clean. Ballweg is completely right to continue.

A few minutes until the break. Türkgücü still has to shake off the goal a little and find their way back to their own game.

Baumann is sent with a quick throw-in over the right to the baseline and crosses into the center. This time Vollath is on the post and safely intercepts the cross.

It can go that fast in football. Zwickau did not appear offensively for half an hour and then leads 1-0 after the first useful scoring chance. 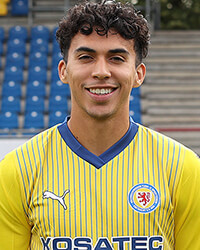 The somewhat surprising tour for the guests! Göbel dribbles over the left side to the baseline and then crosses sharply into the fiver. Vollath comes out there and wants to fist the ball away, but maneuvers it exactly on Gómez’s foot at the penalty spot. He doesn’t miss this chance and completes volley in the right angle! Vollath just has to clear the ball better!

Now the guests can book a longer ball possession phase. When the pace is to be increased with Reinthaler’s diagonal ball, Starke is offside. Missed the chance.

The hosts took over the command after the initial phase and recorded good final scenes. Zwickau has to be careful not to become too passive.

Next good shot chance for the home side! Barry dribbles over half right into the penalty area and pulls flat from the corner of the penalty area. His attempt rushes just past the left post.

The game continues to pick up speed in the last few minutes. Türkgücü has slight advantages for itself.

That got to be the 1-0 for Munich! Sararer wins the ball on the left of the corner flag against Hauptmann and leaves for Vrenezi, who immediately crosses into the center. At the first post, Barry climbs free-standing a few meters before Kamenz, but puts the header just past the left!

Türkgücü also posted the first goal completion. Sararer pulls from the right into the center and seeks the end from 22 meters. Kamenz catches the ball safely.

First completion of the game. Starke comes to the leather on the left in the box and immediately pulls it off from a very acute angle. Vollath has no problems whatsoever with the central touch-up.

After a long blow into half of the guests, Vrenezi lightly takes the ball with his hand and then sends Sararer into the alley. Reinthaler is up to date in the running duel and shields the pass to his keeper.

Very quiet initial phase in Munich. Both teams still shy away from the risk of playing with the ball.

Scepanik plays a long ball on the left wing towards Vrenezi from his own half. The offensive player misses the ball in the penalty area, which is why Kamenz storms out and catches the leather.

The guests dare a first foray on the left side. A strong cross from the outside lane transports concern at the first post out of the danger zone.

The ball is rolling! Türkgücü kicked off in red jerseys. Zwickau is dressed entirely in gray.

Referee for today’s game is Christian Ballweg. It’s about to start in Munich’s Olympic Stadium.

At FSV Zwickau, too, there are five starting XI changes compared to the 2-0 win in the catch-up game against Havelse. Kamenz replaces the sick Brinkies in the gate. Hauptmann and Coskun move to the full-back positions for Butzen and Schikora. In addition, Möker and Starke are there instead of Könnecke and Horn.

Let’s take a look at the lineups. Türkgücü’s coaching team made four changes compared to the 2-0 draw in Braunschweig. In addition to Kusić, who moves into the defensive triple chain for Kehl-Gómez, Irving, Chato and Scepanik are new in place of Tosun, Gorzel and Kuhn.

The guests from Zwickau, on the other hand, are chasing their own record. The FSV has now been unbeaten for eight games and could set their own record from the first season in the 3rd division in 2016/17 with another game without a defeat. However, the guests have to do without their head coach. Joe Enochs is still missing due to a corona infection and was unable to free himself from quarantine before last weekend. Thus, the West Saxony will be looked after today by assistant trainer Robin Lenk, who gave his team a simple assignment for the game: “It will be crucial that we remain greedy!”

After the last four league defeats in a row, Türkgücü pulled the rip cord last week and separated from head coach Peter Hyballa. “The results of the past games as well as the table picture that had recently developed have moved us to end our common path with Peter Hyballa at this point,” explains Managing Director Max Kothny. The ex-coach only took over the job at the end of September, and it’s over after only seven games. The search for a successor is still in full swing, but since there has not yet been any success, the Munich team will be looked after by co-trainers Alper Kayabunar and Nicholas Masetzky this evening. Türkgücü urgently needs a sense of achievement in the relegation battle.

Welcome to the Monday evening game in the 3rd division! From 7 p.m. onwards, Türkgücü Munich and FSV Zwickau will decide on the 17th matchday.