What happened to Stephen Amell? The Canadian actor was involved in a scandal in June when he was removed from the plane of the Delta Airlines flight, in Austin, Texas, United States. Local media reported that the protagonist of “Arrow“And” Heels “had argued with his wife Cassandra Jean Amell and that he was intoxicated, which put his reputation on the ground.

MORE INFORMATION: “Code 8”, what does the ending of the Netflix movie with Robbie Amell and Stephen Amell mean?

Thus, it went from Super Hero of fiction in villain in the reality. Their behavior towards their partner and the uncomfortable situation for them were questioned on different portals. passengers of the airplane. The crew They had no choice but to get him out immediately for another trip.

After the months, Amell has made mea culpa and the first thing he has pointed out is that he is sorry and ashamed for the moment he brought in his sentimental partner and also the passengers and those in charge of the air travel running smoothly.

MORE INFORMATION: “Arrow”, what does the end of the series mean and what will happen to its characters?

Therefore, in the podcast “Inside of You“Of the also actor Michael Rosenbaum, the interpreter of Oliver Queen gave his disclaimers and told his version of the events, especially due to the information that indicated an argument between him and his partner Cassandra. “I wanted to find a way to talk about this because what happened, and it’s very simple, is that I drank too much, I drank too much in a public place. And I got on a plane “, said.

WHY WAS STEPHEN AMELL TAKEN OFF THE PLANE?

Stephen Amell, star of “Arrow” and “Heels”, He told his account of what happened inside the plane of the flight Delta Airlines. He admitted that he had drunk before boarding and that, before the scandal, an airline worker asked him to lower his voice. After ten minutes, he asked her to get off.

“I looked for a fight because I wanted to be loud and annoying. And it was a fight, not an argument. To have a discussion, two people have to be talking. My wife said only one thing in total, which was: ‘If you don’t lower your voice, they are going to ask you to leave the plane.’ It’s the only thing he said during all that time “added.

Therefore, he said that it was a mistake to have said, in a Tweet, that it was a fight with his wife, when he was a topic only his. “I heard it was going to be out on TMZ, and when I found out, and the reason I want to mention it is because the only thing I said about it on the internet, I referred to it as an argument between my wife. and I, and it wasn’t “, he detailed.

HOW OLD IS STEVEN AMELL?

Canadian actor Stephen Amell was born on May 8, 1981, therefore, in 2021, it has the age of 40. The actor is the absolute star of the television series “Arrow” and has a prolific career that began in 2004. His parents are Thomas J. Amell and Sandra Anne Bolté.

MORE INFORMATION: “The One”, will have season 2 on Netflix?

WHEN DID STEPHEN AMELL MARRY?

Stephen Amell was married twice. The first time was with Carolyn Lawrence, who is also an actress: she is the voice of sandstone from “Sponge Bob”. Their marriage lasted from December 8, 2007 to 2010.

The Canadian actor later married actress, model, and beauty queen Cassandra Jean. She is 35 years old and has participated in different productions such as “Yellow”, “Speech & Debate”, “Kill Katie Malone”, Among other projects. 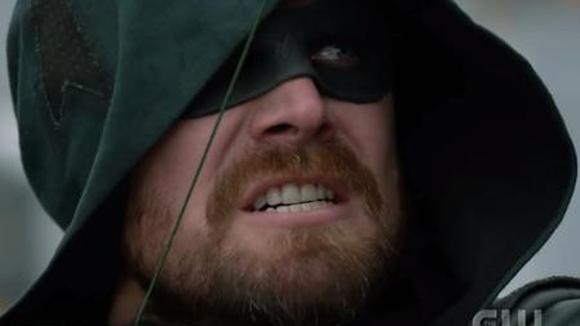 Many Thanks To The following Website For This Valuable Content.
Stephen Amell: the truth behind the plane incident, when he was kicked off a Delta Airlines flight | Arrow | Heels | Series | FAME