It was 1997 when a stranger Vincenzo Natali presented to the world his debut film: ‘Cube’. With it he managed to make a name for himself within the fantasy film scene and managed to proclaim himself as one of the voices of the contemporary genre to take into account.

In it, we were introduced to six characters, all unknown to each other, who woke up locked inside a cube-shaped room that it was part of a complex maze of cubes, some of them with death traps inside and some not. Little by little they will have to reveal which are the algorithms that are governed before the doors of the cubes to know if they are safe or not, at the same time that they will fight among themselves for survival and will want to reveal what the true nature of the cube is.

Converted into a cult title almost instantly (its success is due to the good reviews at festivals and how well it worked in the domestic market), it is curious to see how the project was trusted from the outset, as the company special effects CORE worked absolutely free and selfless in ‘Cube’, to demonstrate his support for Canadian cinema. 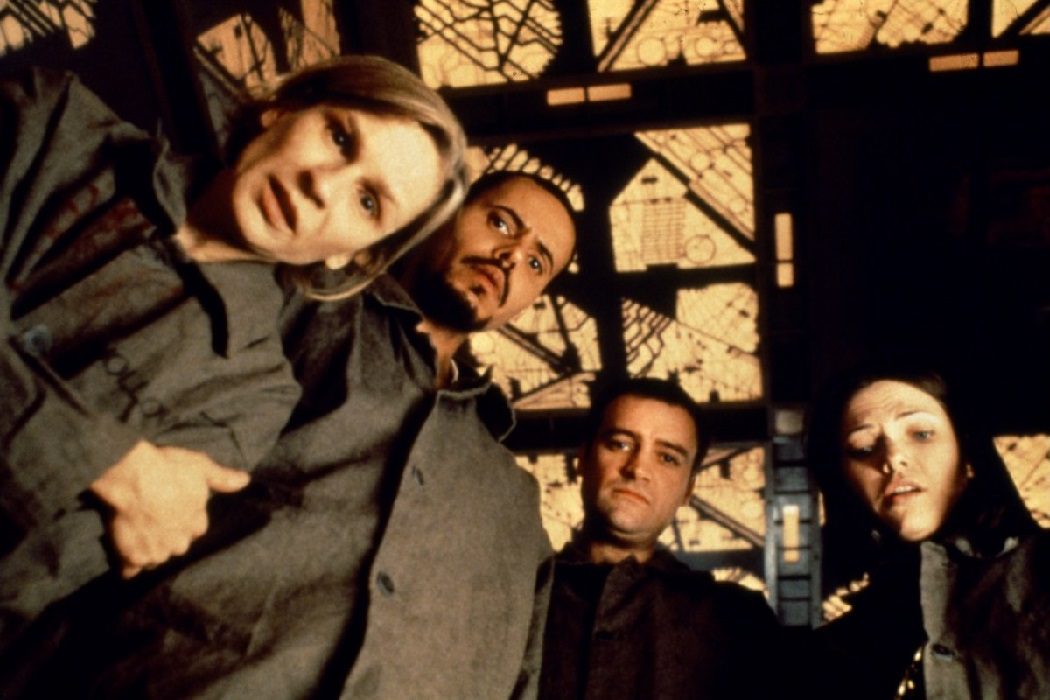 Although the confirmation by Vincenzo Natali did not take place, the main inspiration for the idea of ​​’Cube’ came from an episode of ‘The Twilight Zone’.

It was in chapter 14 of the third season, called ‘Five Characters in Search of an Exit’, directed by Lamont Johnson and written by Rod Serling, that five characters woke up inside a huge metal cylinder to which they did not know how they had arrived. In turn, this was based on the story ‘The Depository’, from Marvin Petal. 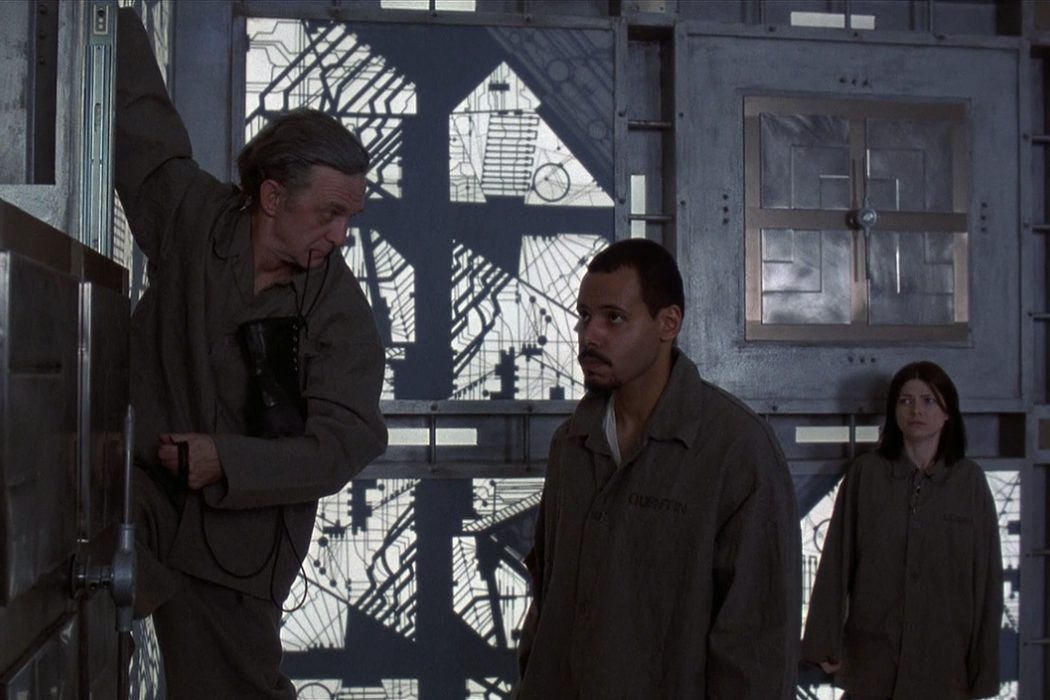 To get funding for the film, before shooting the film Vincenzo Natali made the short film ‘Elevator’, whose action took place in an elevator and with which he tried to give some ideas of the feeling of claustrophobia that he wanted to reflect in ‘Cube’.

This is how he got part of the investment for the film, which is why the short is in some of the special editions that have been made of the film, as extra content. 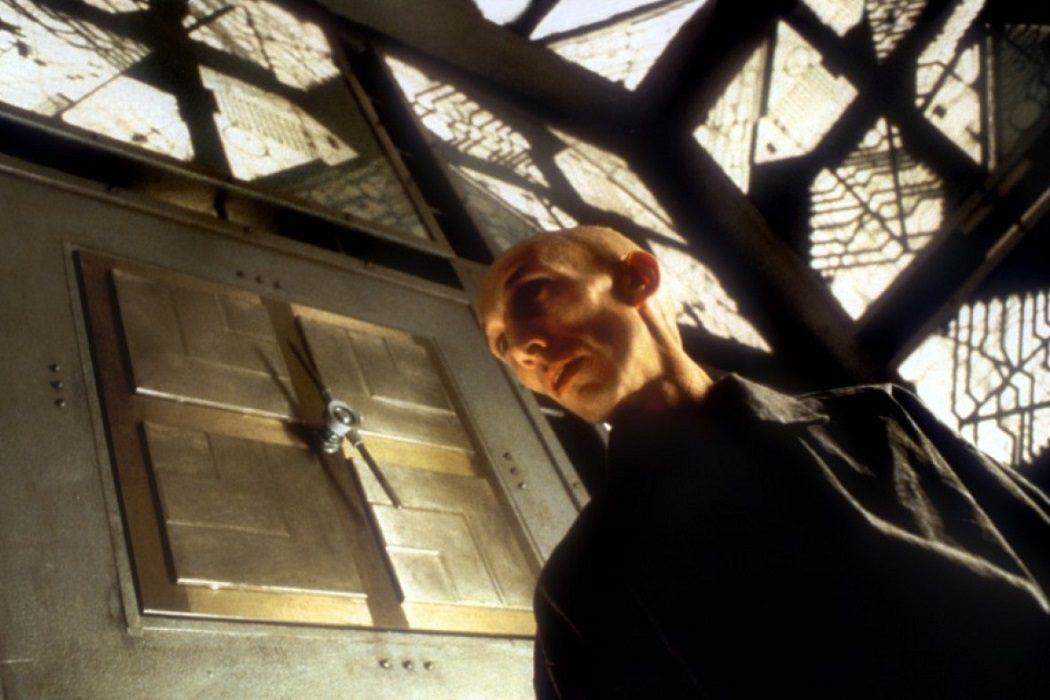 It is clear that ‘Cube’ was a low cost proposal, but many will be surprised to learn that it was filmed with only 350,000 Canadian dollars.

At the level of collection, he managed to win a total of $ 565,000 worldwide, so it is more than evident that the move went well for the Canadian Film Center, Odeon Films and other producers involved in the project. 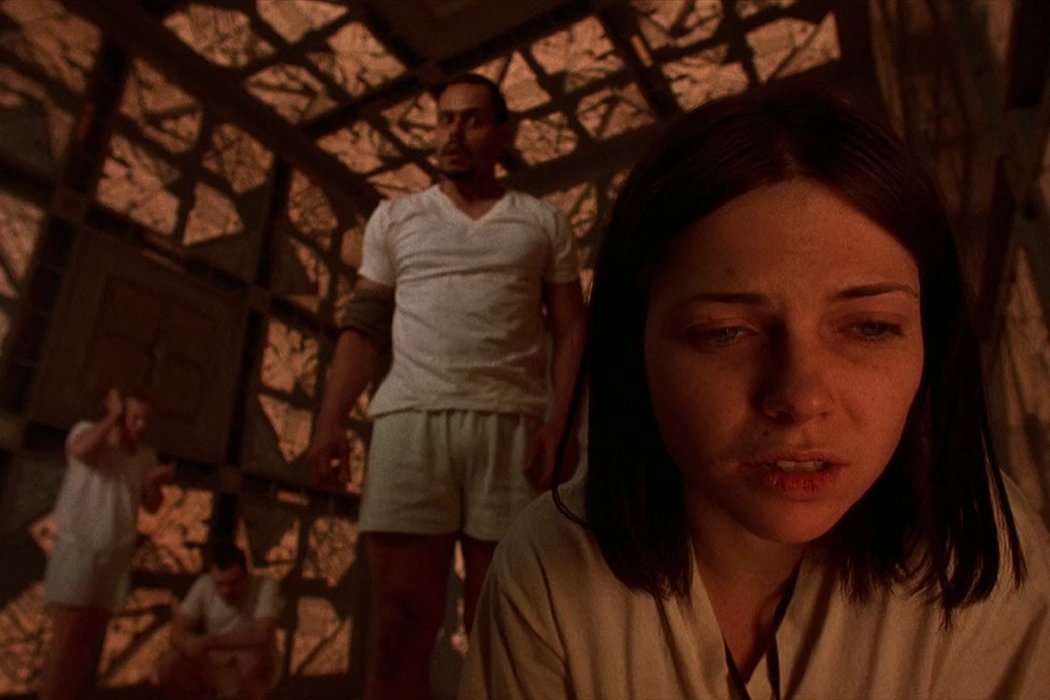 One of the reasons ‘Cube’ cost so little money was because it was shot within a single set.

The built cube, measuring 14×14 meters, is the only one we see on the screen, and to give the impression that the protagonists were moving from one to another, different types of lighting were used.

5 The truth behind the names 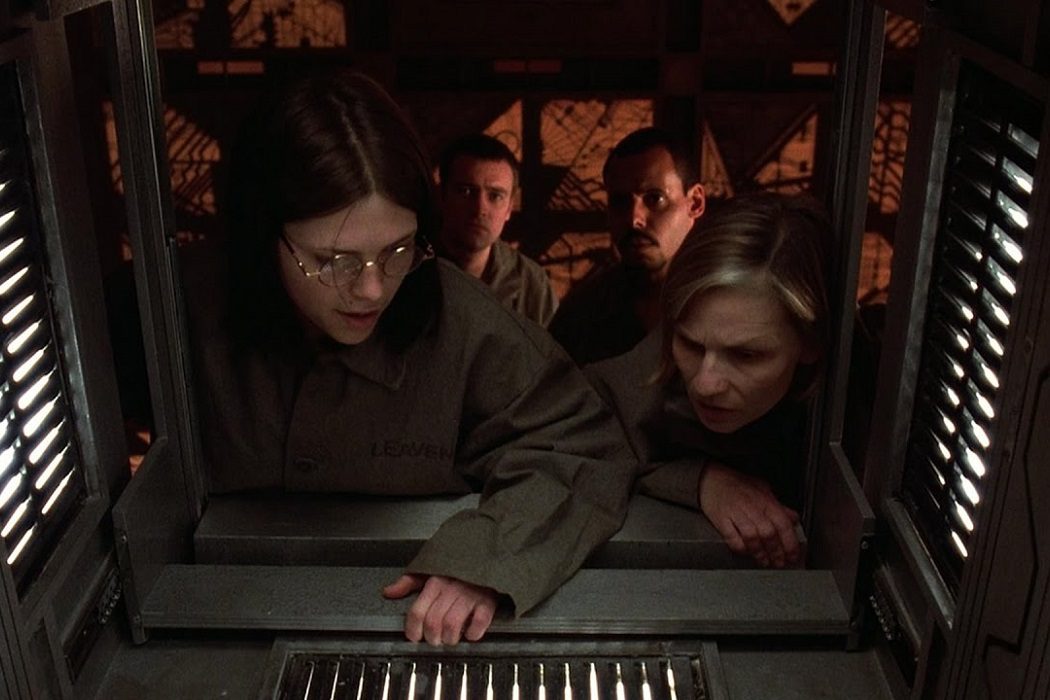 In relation to the isolation suffered by the protagonists of ‘Cube’, there are also the names of each of the characters, which are also names of real prisons. 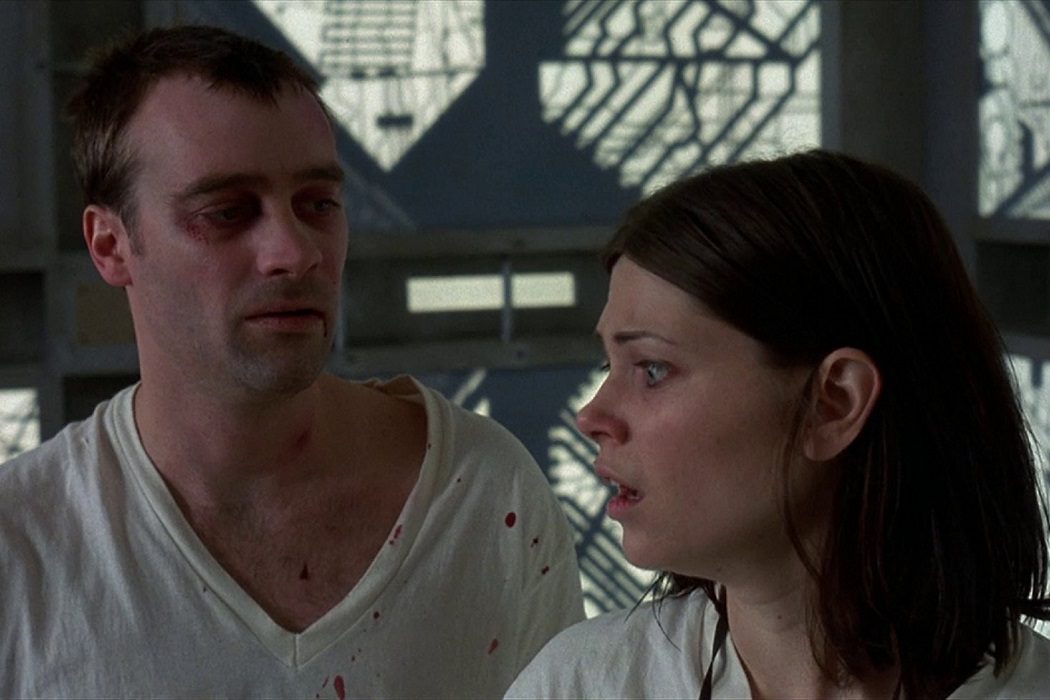 In relation to the names of the prisons of the protagonists, these also have a lot to do with their true character.

This is how it is explained that Quentin is a beast (in relation to the brutality for which Saint Quentin is known), that Kazan has mental problems (the Russian prison he refers to does not have any type of organization), that Alderson ends isolated from the group (one of the punishments of the Alderson Federal Prison Camp is the isolation of its prisoners), or that Holloway is one of the few female characters (it is a prison for women).

At first, and without really knowing what Vincenzo Natali had in mind, all the characters were going to be accountants. Finally, we find different profiles that go from the architect (David Worth) to the policeman (Quentin McNeil), going through escapees from jail (Rennes), mathematics students (Joan Leaven) or health professionals (Dr. Helen Holloway) . 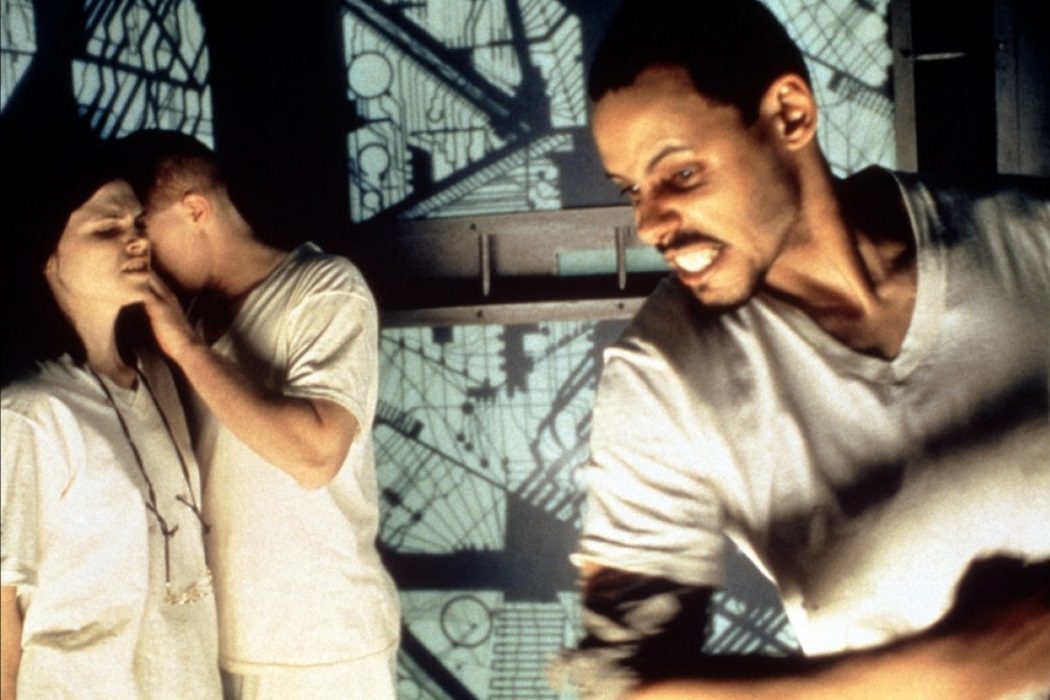 If something has fascinated audiences and critics since ‘Cube’ was released, it is the endless possibilities that lie behind the reality behind the cube in which the film’s characters are locked.

Vincenzo Natali himself has been the first to not give any kind of solution, since he assures that whatever option it was, it could not please everyone.

To increase the legend, it is said that Natali made a short film that explained what was outside the cube, which he completely destroyed and preferred to let the public create the necessary hypotheses and theorize about the film. 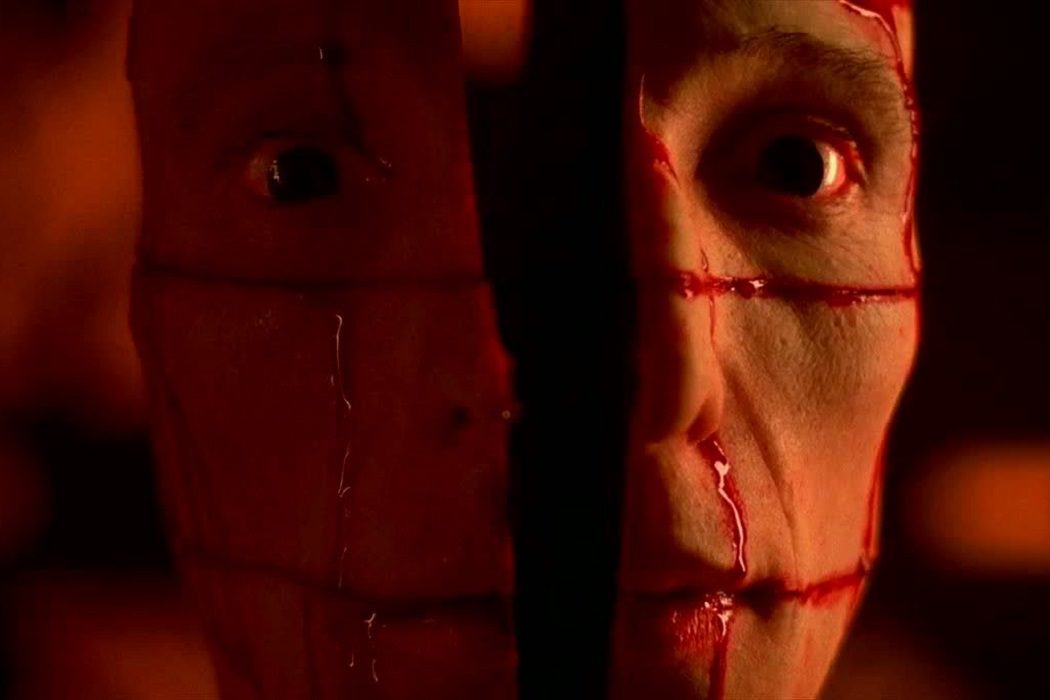 One of the theories that have always been strongest in relation to the true nature of the cube is that it is an extraterrestrial element, perhaps used by an alien race to test and experiment with human beings.

To reinforce this theory, in one of the first circulating script drafts of ‘Cube’, the protagonists found in one of the cubes a rare substance defined as “strange alien food”.

Finally, it was decided to eliminate that moment in history in order to leave up in the air what was the origin of the mysterious cube. 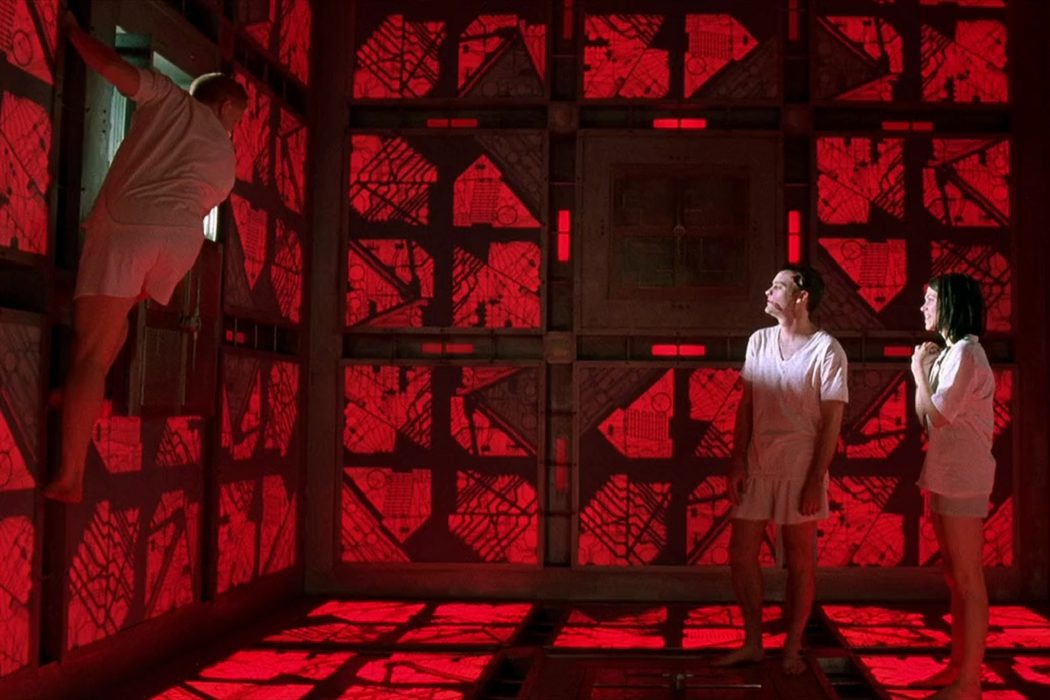 Without a doubt, ‘Cube’ was a genuine letter of introduction for Vincenzo Natali, who premiered the film worldwide at the Toronto festival 1997, where he won the award Best Canadian First Feature Film.

Later, it made its way through many competitions, being screened in 1998 in Sundance and the Berlinale, until he reached the Sitges Festival that same year, winning the awards for Best Film and Best Screenplay (ex aequo with ‘Solo contra todos’ by Gaspar Noé).

Unsurprisingly, the cult that sprung up around her was almost instantaneous. 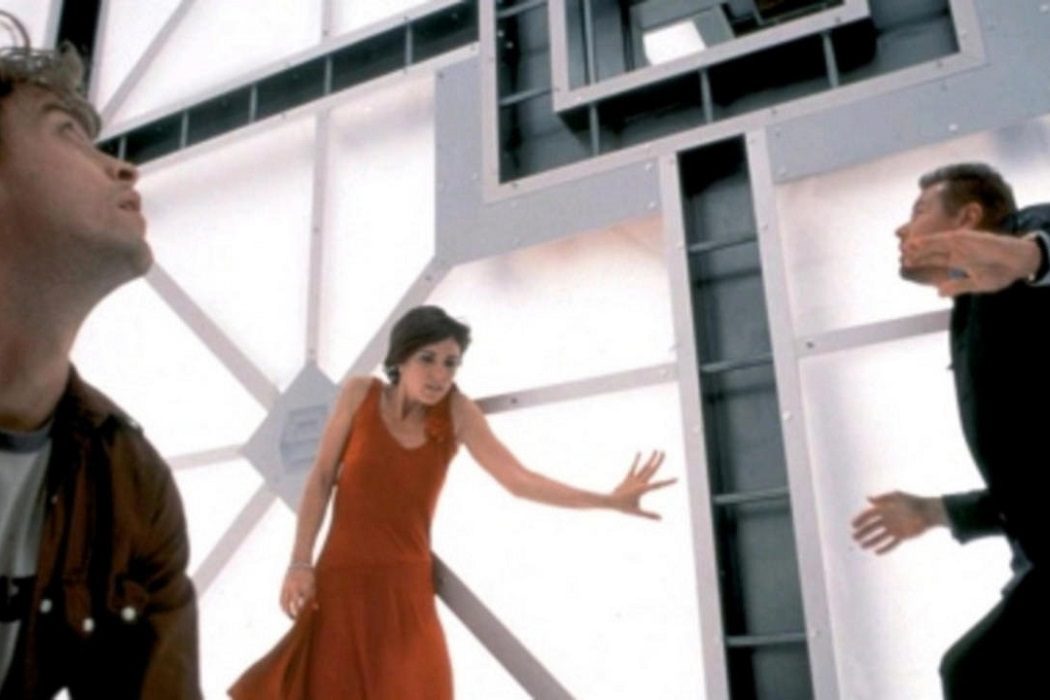 Given the success of ‘Cube’, it was more than evident to think that the sequels were going to happen, although without the impact or originality of the first.

This is how in 2002 ‘Cube 2: Hypercube’ was released, directed by Andrzej Sekula (director of photography of ‘Reservoir Dogs’, ‘Pulp Fiction’ and ‘American Psycho’, among others), and that he repeated the schemes of the first, making it clear that this time the Hypercube was in a fourth dimension where it was not they could apply the laws of physics.

In 2004 came ‘Cube Zero’, a prequel that tried to shed some light on the nature of the cube and that ended, in a way, with the aura of mystery that had been created thanks to the Vincenzo Natali film.

For some time, it has been said that Lionsgate is going to carry out a remake, from which we can expect anything.

Shot with a purely low cost budget (the shooting was carried out, almost entirely, camera in hand), Natali played mystery and created one of the most original genre films of the late 20th century, which we remember with this special that will make you want to see a classic like ‘Cube’ again.

Many Thanks To The following Website For This Valuable Content.
The alien theories and other curiosities of ‘Cube’