Many actors have donned the Batman mask and Bruce Wayne costume on the big screen, and over the years the list continues to expand. Ben Affleck was the last to play Gotham’s hero in the DC Extended Universe, but with the new Bat movie getting closer and closer to starting production, we remain uncertain whether Affleck will continue in the role in the film that Matt Reeves will direct. With some names already ringing in the networks as possible substitutes for the last Batman, a new rumor now points to Jack O’Connell as the protagonist of ‘The Batman’.

The Comicbook website has shared the rumor that they have launched from That Hashtag Show, where they assure that they have heard that O’Connell will be the new face of the hero, although they also affirm that they have not been able to corroborate this rumor. If the incorporation of O’Connell is confirmed, the rumors that for months have pointed out that Matt Reeves was interested in showing a younger version of Batman would come true., which in turn would imply changing Ben Affleck for a younger interpreter. And sure enough, while Affleck turned 46 last August, O’Connell celebrated his 28th birthday the same month, so Reeves’ Batman would be a younger superhero and, perhaps, with less experience.

Jack O’Connell is no stranger in the world of cinema. The Briton, who became known in ‘Skins’, has participated in films such as’ 300: The rise of an empire’, ” 71 ‘, and has even worked with great stars such as George Clooney and Julia Roberts, with whom he coincided in ‘Money Monster’, though One of the most outstanding films of his filmography is ‘Invincible (Unbroken)’, a film directed by Angelina Jolie and which won him, among others, the award for most promising performer from the Chicago Film Critics Association. A trajectory that leaves no doubt that O’Connell would not be a bad choice for the masked vigilante, although we will have to wait to find out if we will have a new actor as the DC hero, or if Ben Affleck will put the suit back on. black on the big screen.

Keep an eye on Jack O’Connell 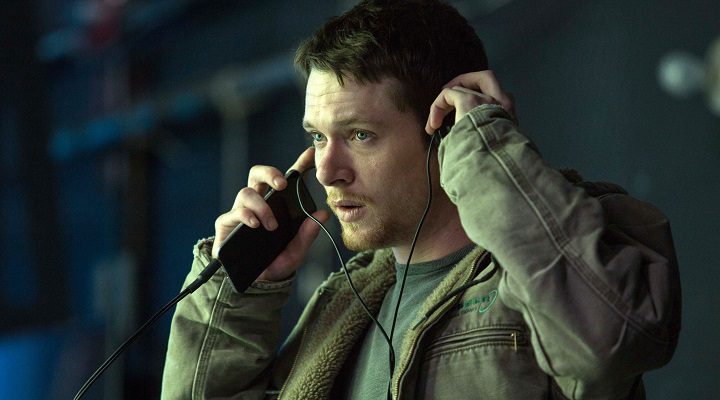 Jack O’Connell is one of the protagonists of ‘Money Monster’, Jodie Foster’s last film as a director, in which he plays Kyle Budwell, a desperate young man who, after following the advice of Lee Gates (George Clooney), presenter TV and stock guru, he has lost his family fortune. Taking desperate measures, he decides to kidnap the presenter when he is broadcasting live.

The film, Foster’s fourth as a director, deals with current topics such as the financial crisis and new technologies and, according to the director herself, O’Connell’s choice was due to the fact that he “shows the anger that young people feel today”. 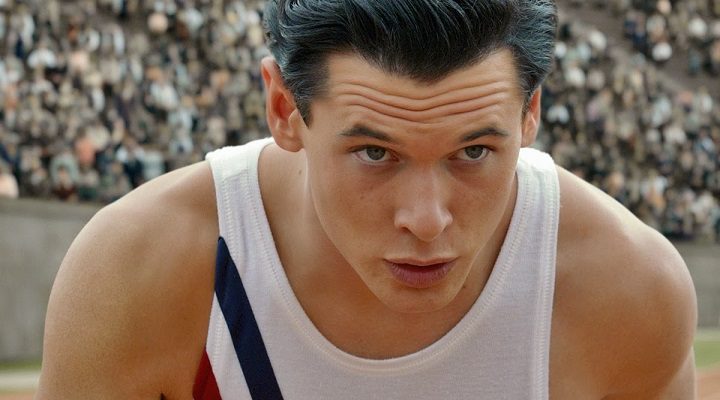 O’Connell was the main protagonist of ‘Invincible (Unbroken)’, Angelina Jolie’s second feature film behind the camera.

In it, based on a true story, he played Louis Zamperini, an Olympian who was present at the 1936 Olympics and later went on to enlist in the US Air Force. Fighting the Japanese in World War II, his bomber crashed in the Pacific and he drifted until he was captured by the enemy.

His performance earned him the Award New Hollywood Award and Best Young Promise from the Chicago Critics Association. He was nominated for the Empire Awards for Best New Actor in 2015, the year in which he was also nominated for Best Actor of the Year by the London Critics Circle for this movie, ” 71 ‘and’ Convicto (Starred Up) ‘. 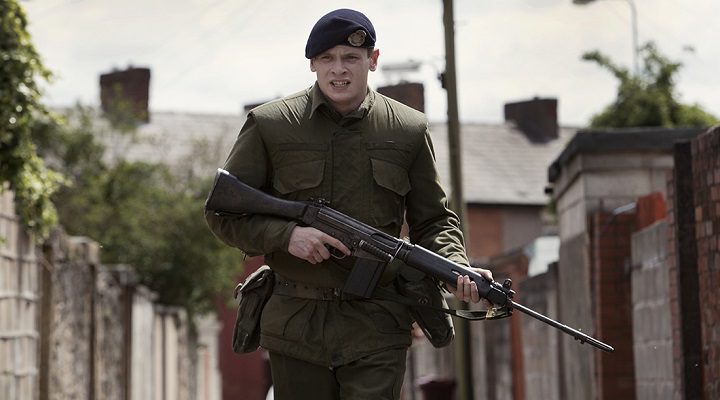 Directed by Yann Demange, the story of ” 71 ” takes us to Northern Ireland in 1971, in the midst of the IRA conflict, where a young soldier named Gary (O’Connell) gets lost in the streets of Belfast, having to deal against radical gangs

For his performance, the actor was nominated as Best Actor at the British Independent Film Awards 2014, the year in which he won the Brekthrough Award from the Dublin Film Critics Circle, which gave him the award as an emerging actor for titles such as the present here, ‘Convicto (Starred Up)’ and ‘Invincible (Unbroken)’. 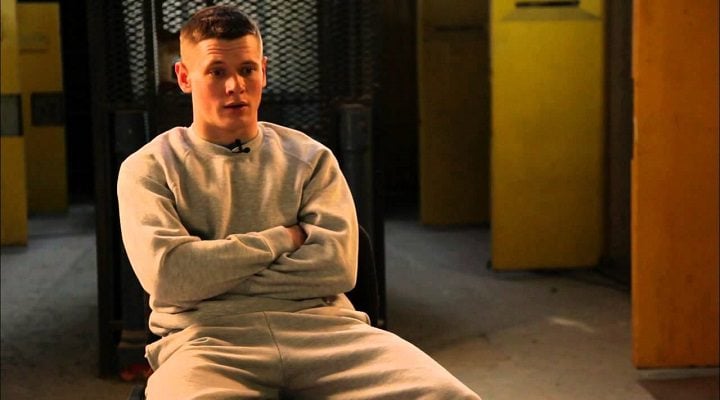 David MacKenzie directed him in one of the best prison dramas of recent years, in which O’Connell played a rather violent teenager who is put into prison, where he will meet someone he has not seen for years: Neville (Ben Mendelsohn), his father.

It was made with the prizes to Best Actor at the Dublin International Film Festival and in Les Arcs European Film Festival, and at Best Emerging Actor in the US National Board of Review for this movie and ‘Invincible (Unbroken)’. It was also nominated for the Scottish BAFTA Awards, the British Independent Film Awards, and the Indiewire Critics’ Poll. 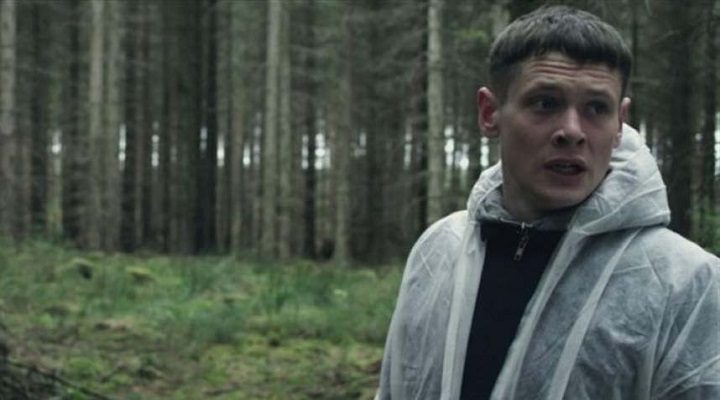 Road movie directed by Craig Viveiros (director of the masterful miniseries ‘And then there were none’, about Agatha Christie’s ‘Ten Negritos’) and co-starring with Tim Roth, Peter Mullan and Talulah Riley.

In it, he played Adam, a 19-year-old who will chauffeur his mother’s new boyfriend, Peter (Mullan), a trafficker who will plunge him into a spiral of sex, drugs and crime for 24 dizzying hours. 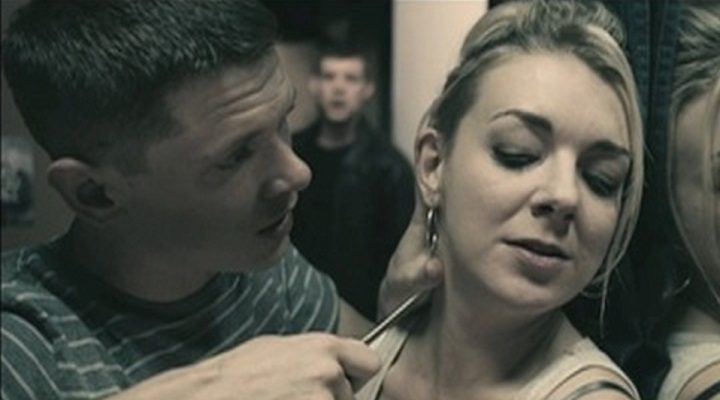 He played Kurtis in this straightforward survival-style title, directed by rookies James Nunn and Ronnie Thompson, in which a sniper begins to take down the inhabitants of a semi-abandoned apartment block.

The film won the award for Best Film in the Panorama Section in the 2012 edition of Sitges – International Fantastic Film Festival of Catalonia. 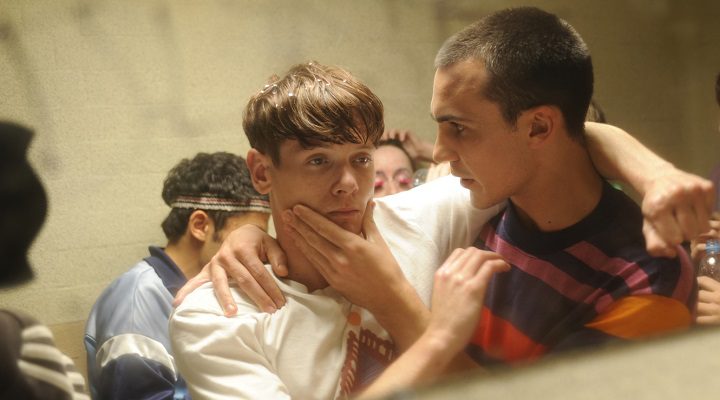 Small title to discover directed by Karl Golden which portrays the explosion of rave culture in the early 1990s and tells the odyssey of two friends, Dylan (Jack O’Connell) and Matt (Henry Lloyd-Hughes), who will dive into illegal parties in abandoned ships imported from the Ibiza rave scene.

With the threat of the English government to eradicate these parties, both will decide that it is their only chance to live the experience, starting a trip that will make them direct witnesses of the madness of the White Island, Amsterdam and London, until they see their friendship in danger. because of the increasingly rotten atmosphere that is breathed in some of those places. 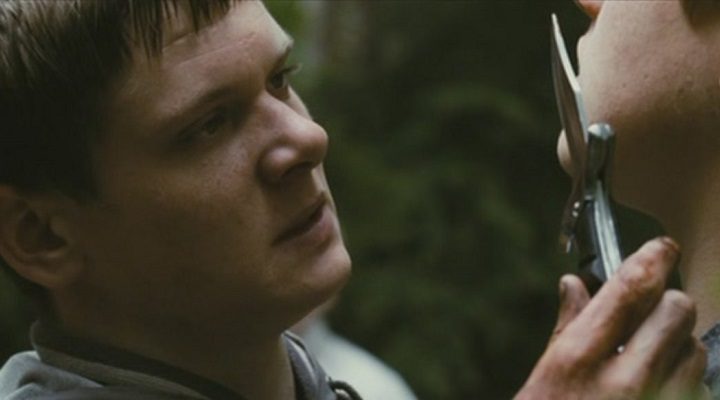 Without a doubt, one of the most murky roles in Jack O’Connell’s career is that of Brett in ‘Eden Lake’, one of the best horror films of recent years.

The story tells how a couple formed by Jenny (Kelly Reilly) and Steve (Michael Fassbender) go on a romantic weekend getaway to a supposedly idyllic place, Lake Eden, where they will run into a group of problematic teenagers who will end up turning their excursion into a nightmare of unimaginable heights.

O’Connell was the leader of the gang, giving his character an aura of violence that everyone will remember and which earned him the award for Best Supporting Actor at the Fright Meter Awards 2008 and Best Actor in Fantasporto in 2009. That same year, the film received a Special Jury Mention in Sitges – International Fantastic Film Festival of Catalonia. 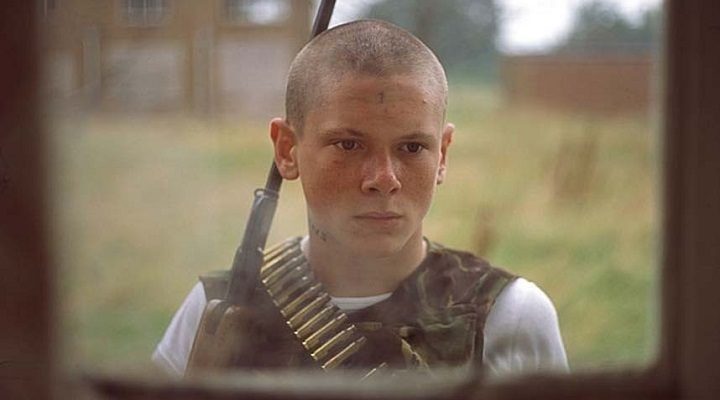 Shane Meadows’ award-winning film This is England marked his first foray into feature film, when he was just 15 years old.

The film tells how a lonely boy is adopted by a group of skinheads, who will immerse him in their world of parties and racism and where he will meet his first love. In it, Jack O’Connell plays one of the secondary, “Pukey” Nicholls.

This is England en eCartelera

A history without origins

There are many more rumors surrounding the next Matt Reeves movie than the information that has been officially released to us. It was Reeves himself who assured that we would not see the origins of the superhero again, while denying the rumors that claimed that he would adapt the story of ‘Year One’, limiting himself to saying that the new Batman movie will not be based on any comic of the hero in particular. In addition, the film would be written by himself, as another of the rumors that circulate about the film ensures that the script written by Reeves will be the one used for this new production. We will have to keep waiting for new details on the next Batman solo movie.

Many Thanks To The following Website For This Valuable Content.
‘The Batman’: A rumor has it that Jack O’Connell will be Matt Reeves’ Batman