Need some horror movies in your life? Check out these 10 best scary movies on Hulu! You may enjoy scary movies more than any other genre. Even if you have watched several horror films or listened to horror anthologies, or are waiting for Bong Joon Ho or Bing Liu to direct a horror film masterpiece, no creepy clowns, zombies, or monsters can haunt you, shook you, and make you scared to death!

If you think that`s not true, then you`ve not watched the right sort of content!
Well, there is a possibility that you may have missed some real action! And just like other streaming services such as Amazon Prime and Netflix, you can stream the best scary movies on Hulu as well.

Hulu has a comprehensive library of screamers and slashers, from top favorites to under-rated TV shows and movies you might have never heard about, whether it’s ghoulies and gargoyles, evil spirits, witches, dreadful creatures, or a night full of mysteries. There’s everything available on Hulu for online streaming to give you a jump scare that you never experienced before.

Ready to watch some hair-raising and spine-chilling action? We have got you covered! Here’s a list of the best scary movies on Hulu. You can manage to get those deep-rooted chills!

Best Thrillers on Netflix to Watch

How to Get Tiktok Famous in 3 Easy Steps 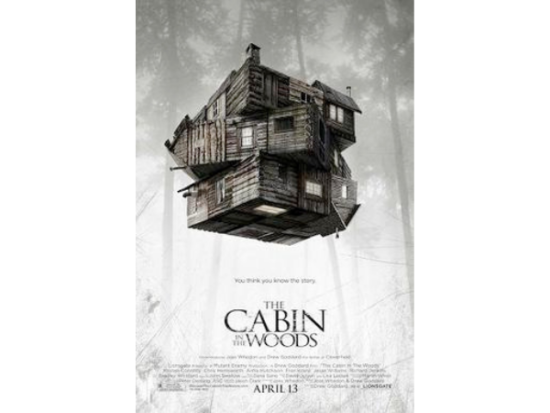 One after another, the young fellows fall victim to Backwood zombies, but there is another element at play. Two scientists (Bradley Whitford, Richard Jenkins) are manipulating the ghoulish activities, but even as the body count upsurges, there are yet more sinister twists.

When Rebecca (Teresa Palmer) left her home, she believes that her childhood fears follow her. She has never entirely sure of what is confirmed when the lights went out at night. Now, her younger brother Martin (Gabriel Bateman) is going through the same terrifying and unexplained events that threatened her sanity, safety, and, most importantly, life.

Sharing a mysterious attachment with their mother (Maria Bello), a sinister force has returned with a vengeance to make the entire family suffer. A story for mental illness and depression, the film doesn’t only grip that sensitive subject matter with the most grace, but it has some amazingly powerful set-pieces. 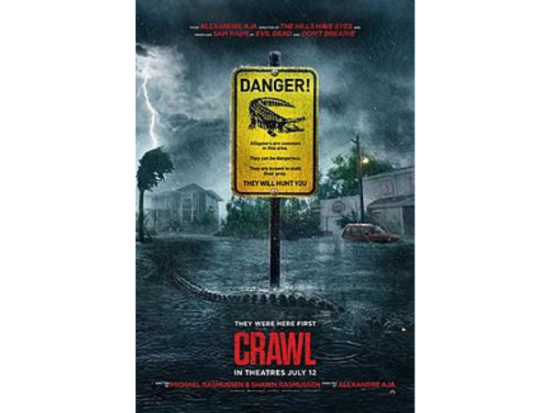 When a disastrous hurricane hits Florida’s small town, young Haley pays no heed to the evacuation orders to search for her lost father, Dave. After finding him critically injured in their family house, the two of them get stuck by the hastily impinging floodwaters. Dave and Haley encounter an even terrifying threat with the intensifying storm and the rising water level — an unyielding attack from a pack of blood-thirsty alligators.

Undoubtedly, Crawl is one of the best scary movies on Hulu. It is a combination of monster flick tropes and disaster flick, a complete delight from beginning to end.

Brandon Cronenberg’s Possessor is a hybrid sci-fi and body-horror. The ideas about artificial intelligence or gender and identity, plus a hefty serving of fear and evil activities. “Possessor” is true horror, from start to end.

Tasya Vos is presented as an elite corporal assassin who can control innocent individual’s bodies using brain-implant technology. She then uses those as puppets to fulfill her targets.

The movie’s energy is glum and ponderous, and the challenging ideas are not given a chance to take on a life of their own. Still, there’s so much here that is imaginative and unique. The movie is certainly not for the faint of heart, and the version streaming on Hulu is an ‘Uncut’ one. 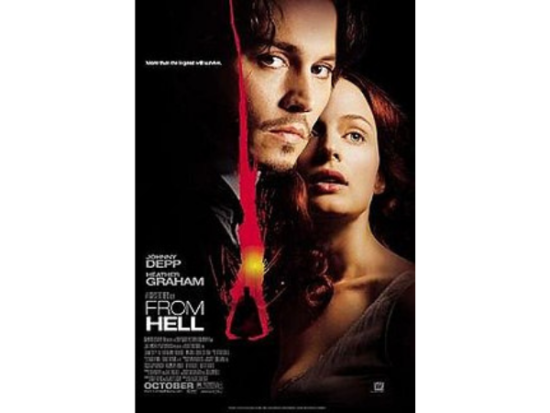 From Hell is an adaptation of the best-selling graphic novel of the same name by Eddie Campbell and Alan Moore. It stars one and only Johnny Depp as the disturbed Frederick Abberline, the chief investigator in Jack the Ripper case, the most dishonorable serial killer of all time. The cast also includes Ian Holm, Heather Graham, and Robbie Coltrane, but it’s most prominent for its atmosphere of lavish period design and imminent dread.

Inspector Fred Abberline is set to track down Jack the Ripper in Victorian East London accompanied by Sergeant Peter Godley. Abberline is assisted on the case by revelations he has while high on opium. Adding urgency to his investigations is `unfortunate’ Mary Kelly, a possible Ripper to whom the inspector fancies romantically!

‘The Wretched’ presents a contemporary tale revolving around mythical creatures from the depths of European folklore. The movie follows a very complicated yet captivating storyline.

The Duffer Brothers wrote and directed this masterpiece. The story is about a rebellious teenage boy who becomes convinced that the neighborhood’s bizarre goings-on is due to witchcraft. Stream this scary movie on Hulu today and find out how a young boy would save three families from a witch with the power to control people and make them forget their close loved ones. 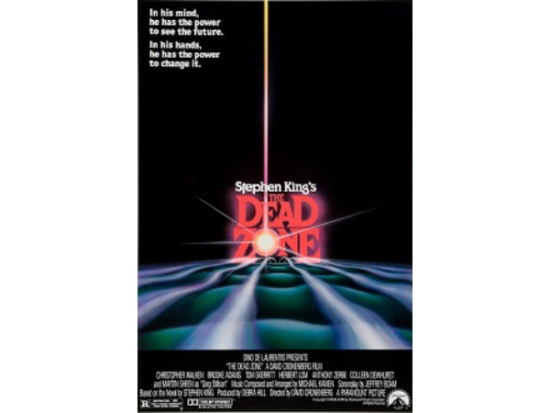 A writer-director masterpiece, the Dead Zone, is also an adaptation of a science-fiction thriller novel by the king, Stephen King. The film’s story revolves around Johnny Smith (Christopher Walken), who awakens from a coma caused by a road accident. The protagonist has psychic abilities, and years have passed.

Brokenhearted that his girlfriend (Brooke Adams) is living normally and moved on, Johnny must contend with his disturbing powers, which allow him to see an individual’s future with a mere touch. After shaking the hand of successful politician Greg Stillson (Martin Sheen), Johnny oversees the threat presented by the candidate’s rise and determines to kill him.

Gerald’s Game is an adaptation of Stephen King’s psychological thriller novel. It stars Carla Gugino, at her best as Jessie, the docile housewife of successful, handsome Gerald. The young couple decides to spend their time together on the weekend at their country home to put the spice back in their married life.

However, Gerald proves himself to be a complete bastard while springing a surprise rape fantasy on his wife, but he dies on top of her due to a heart (or his wife kills him?).

With handcuffs on, Jessie must confront both a looming bogeyman and her inner demons that might not be real, as she fights to get free before wasting away on the bed. 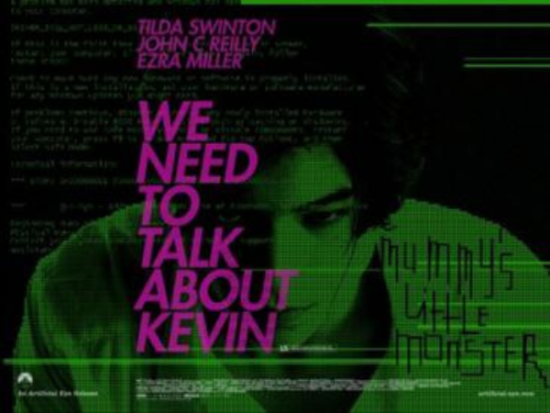 We Need to Talk About Kevin shares a chilling family drama with a profoundly unsettling psychological thriller with a highly talented cast. Eva (Tilda Swinton) is a travel publisher/writer who gives up her bohemian lifestyle and freedom to start a new life journey with her husband, Franklin (John C. Reilly).

Pregnancy does not seem to agree with Eva, but what’s even worse, when a baby boy named Kevin arrives in her life, she can’t seem to have a strong bond with him. When Kevin grows from a demanding, fussy toddler (Rocky Duer) into a sociopathic teen (Ezra Miller), Eva unwillingly has to deal with the aftermath of her son’s horrific act.

Tilda Swinton stars as a traumatized mother reflecting on a lifetime of murders committed by her son. Roger Ebert defined the movie plot as “like a nervous breakdown,” and it’s a gentle reminder that some of the great horrors can come from a person’s regret. Particularly about the things he could have done differently, the things he could have stopped if he’d only known how.

A couple of actors depicts the spiteful title character at different ages, as we see his inborn malice evolve into pure gleeful brutality. It is one of the best scary movies on Hulu that would haunt you for several days!

Related Article: What is Tim Allen’s Net Worth?

Let the Right One in

This movie is a vampire flick and a Scandinavian horror. Starring Kåre Hedebrant as Oskar, a bullied, sensitive, 12-year-old boy living with his mother in suburban Sweden, be friends with his new neighbor, the moody and peculiar Eli (Lina Leandersson).

Initially reserved, Oskar and Eli slowly form a close and strong bond, but it soon turns out that she is not just an ordinary young girl. Eventually, Eli shares her macabre and dark secret with Oskar, disclosing her connection to a string of brutal local murders. Skillfully shot and cleverly crafted, the movie will be imprinted on your mind for days!

Several other horror films are awaiting your screams, such as Halloween by Jamie Lee Curtis. Apart from these, you can watch action-adventure masterpieces such as Mission Impossible, horror-comedies such as voices.

This also includes breathtaking documentaries such as Minding the Gap, supernatural series such as The Blair Witch Project, thriller comedy such as Promising Young Woman, hilarious comedies such as Palm Springs even romantic comedy such as Portrait of a Lady on Fire. Hulu`s the place to watch thousands of movies and fantastic shows! Check out social media for other great recommendations.

Subscribe to our newsletters!
Get updates right into your inbox

Don’t miss out on the latest news and information.