Altitude will release the acclaimed girlhood drama ROCKS on the 18 September in cinemas across the UK and Ireland.

A new clip from the film has been released. Watch it below.

This core group of British girls, who all come from differing cultural backgrounds including Nigerian, Somali, Polish, Bangladeshi, English and Congolese-Ghanaian, emerged out of extensive workshops in which they generously shared experiences of friendship, their cultures, social media and school life as part of the filmmaking process.

The film follows teenager Rocks (Bakray) who fears that she and her little brother Emmanuel (D’angelou Osei Kissiedu) will be forced apart if anyone finds out they are living alone. With the help of her friends, she evades the authorities and navigates the most defining days of her life. A film about the joy, resilience and spirit of girlhood.

“I had been working on an idea for a film, a love letter dedicated to my sister and other young black and brown British girls, who are often adultised and seemingly hardened, by society and circumstance. As children, many preserve their families and protect the childhoods of their siblings, while remaining beautifully complex wells of joy and love.

When I was asked to be a part of the creative team for ROCKS, to make a film about young people, and importantly, with young people, I soon realised this was the richest and safest soil to plant my story, nurtured by the many women who contributed to ROCKS.

We are so excited to finally be bringing ROCKS to the big screen. We hope so many of you feel seen and loved by it.”

Writer Theresa Ikoko on behalf of the ROCKS creative team 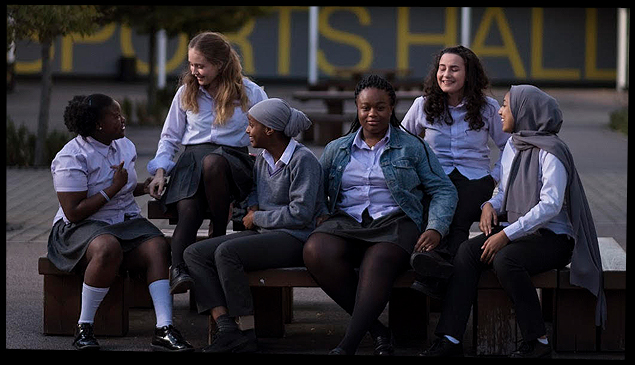 Following its world premiere at Toronto Film Festival and subsequent UK premiere at the BFI London Film Festival in 2019, ROCKS had originally been scheduled for a 10th April release but was postponed due to Covid-19.

Since launching in 2013 Altitude Film Distribution have proudly supported talented filmmakers and given their films the dynamic and bold releases they deserve.

To date Altitude have championed over 100 films, ranging from the Academy and BAFTA award winning Moonlight, 20 Feet From Stardom, Amy, I Am Not Your Negro and through to critically acclaimed The Florida Project, Lady Macbeth, Beast, The Rider, Whitney and more.

Forthcoming releases include Ladj Ly’s Academy-Award nominated Wretched, Shane MacGowan documentary Crock of Gold: A Few Rounds With Shane MacGowan from director Julien Temple, Chasing Chaplin from BAFTA nominees Peter Middleton and James Spinney and Ari Folman’s Where Is Anne Frank?  Altitude are partnering with the WWF for a global One Night Only release of David Attenborough: A Life On Our Planet on 28 September 2020.

Many Thanks To The following Website For This Valuable Content.
Watch A New Clip From The Highly Anticipated British Film ROCKS Ahead Of Its September 18 Release In UK And Irish Cinemas