The game seemed on the verge of a stalemate when the player on loan from Wolves tied in Jay Henderson’s cross to hand his side a 1-0 victory.

Dundee manager Mark McGhee missed the game after testing positive for Covid-19, with his assistant Simon Rusk taking on the team in his absence.

The Dark Blues made three changes to the side that had drawn with Motherwell. Niall McGinn, Luke McCowan and Zeno Ibsen Rossi came on for Vontae Daley-Campbell, Shaun Byrne and Lee Ashcroft, the latter of whom fell ill during the warm-up.

St Mirren have made two changes following their loss to Ross County at the weekend. Alex Greive and Conor McCarthy both fell to the bench with Ronan and Eamonn Brophy in their place.

Opportunities were few and far between and from another Dundee corner, Jordan McGhee took over the volley for McGinn’s delivery.

Cammy Kerr then had the game’s first shot on target which was easily fielded by Dean Lyness before St Mirren finally threatened through Jordan Jones whose chip attempt was caught by Harrison Sharp.

Greg Kiltie then did well to spot Brophy but the striker’s shot was blocked by Rossi on the line. McGhee then took a shot from long range at the other end but his shot sailed well over the crossbar.

Dundee started the second half on top and Ronan almost put the ball in his own net as he stretched to clear Rossi’s knockdown from a McGinn free-kick.

Jones then passed up a glaring chance to put the visitors in front, hitting his volley on an open goal after Brophy was denied twice in a row. 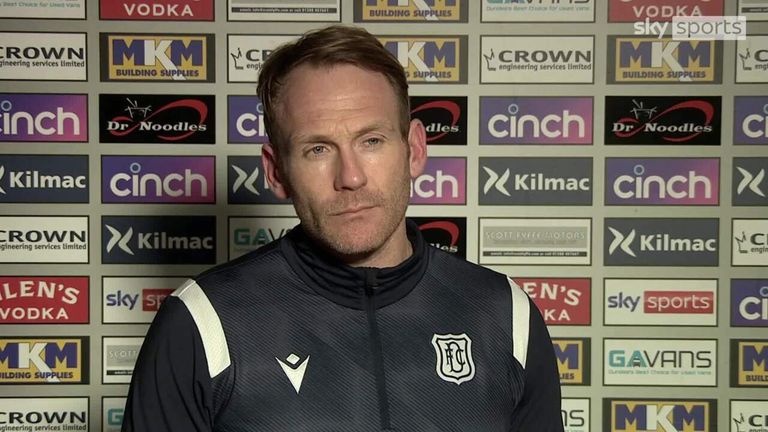 Brophy had another chance from a cross from Jones but headed wide before Sweeney almost deflected a cross into his own net. 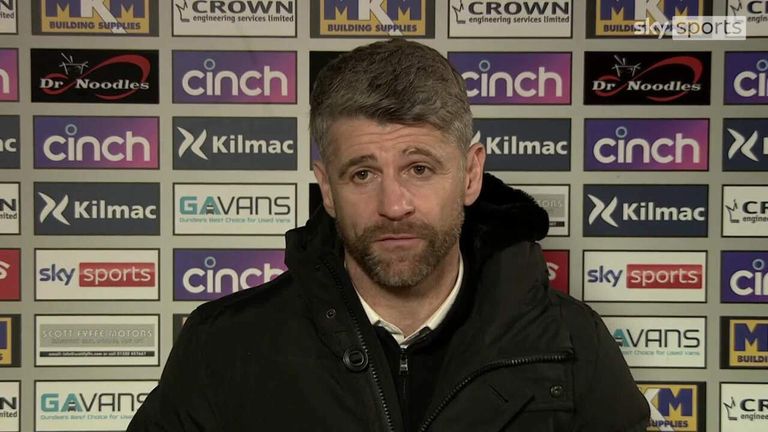 St Mirren had the ball in the net in the 90th minute but Richard Tait’s header was ruled out for an infringement.

Their disappointment was short-lived, however, when Ronan struck nearly three minutes into stoppage time.

Dundee host Rangers in the Scottish Cup quarter-final on Sunday; kick off 4 p.m. St Mirren travel to Hearts in the last eight on Saturday; kick off 7:45 p.m.