The HERO Ukrainians defending Mariupol use tunnels under a steelworks to stage one last stand against the Russians.

Vladimir Putin’s forces have besieged the southern port since the early days of the war, with much of it reduced to rubble by constant air and artillery bombardment.

Troops from the Ukrainian 36th Marine Brigade and the Azov Battalion are currently entrenched in the Azovstal Steel Plant.

The factory has a series of bunkers underneath, dating back to the Cold War when they were built to protect its workers from nuclear attack.

The highly-secured, maze-like bunkers are believed to hold around 1,500 Ukrainian troops and span six stories underground.

Alexander Grinberg, an analyst at the Jerusalem Institute for Strategy and Security, said the Russians faced a treacherous task clearing the bunkers. 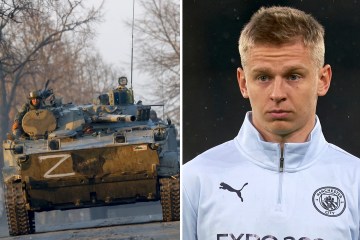 “They can try, but they will be slaughtered because the tunnel defenders will absolutely have the tactical advantage,” he said.

“Perhaps the only reliable way to clear the place would be to use a chemical weapon or chlorine gas, but that would be quite complicated to funnel into the system and obviously risk aggravating the wider conflict.

“It is up to the Ukrainians to decide whether to surrender or fight to the last man.

“So far, from what we’ve seen, they seem to choose to fight to the last man. »

Among those who defended Mariupol were Britons Aiden Aslin and Shaun Pinner, who paraded on television after being captured.

Brave Aidan surrendered after his unit ran out of food and ammunition in the city and was paraded on Russian television on Thursday with a gash on his forehead and a half-closed eye.

Michael Clarke, visiting professor of defense studies at King’s College London, said defenders can use the tunnels “to move, pop up and raid”.

“They will fight and the longer they can hold out, the more they will prevent the Russians from redeploying north, which Putin really wants them to do,” he added.

In the past, combatants have successfully used tunnel systems in their fight against superior forces.

The Viet Cong made the vast system of Cu Chi tunnels near Saigon a base for attacks on American troops and Hamas used tunnels in its fight against the Israeli army.

The Islamic State group’s tunnel system in Mosul, Iraq, has allowed its fighters to surprise US troops with sudden appearances seemingly out of nowhere.

But the most memorable example dates back to World War II and the Battle of Stalingrad with its fierce fighting in the Red October industrial complex. 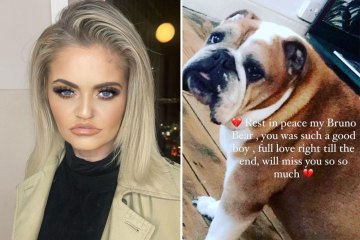 A unit of sappers discovered an old factory used by German troops, piled three tons of explosives under it, and blew up the entire complex, burying the Germans in the rubble.

The shrewd use of the tunnels has lost none of its effectiveness over the next 80 years, rendering enemy artillery, airstrikes and snipers virtually useless.

The Ukraine crisis appeal will support people in currently affected areas and those who may be affected by the crisis in the future.